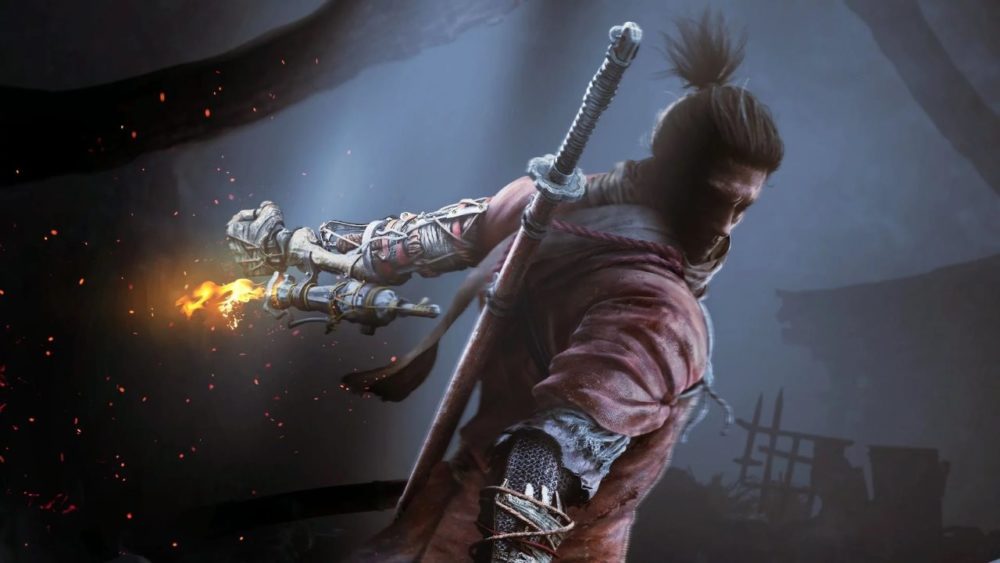 For those who have only known From Software by their Soulsborne line of games, Sekiro: Shadows Die Twice can seem like an entirely different beast from what they’re used to.

Throwing out key design norms of Dark Souls and Bloodborne, Sekiro’s gameplay can be worlds apart from either series.

Gone are the encounters where players have to turtle and endure barrages of blows from enemies or frantically dodge roll, replaced by tense sword duels where parrying and reading enemy movements are the key to victory.

Weighty, armored player characters have likewise been replaced by the lithe and mobile shinobi Wolf, who can sling and jump his way across environments in the blink of an eye by incorporating his shinobi tools and prosthetic arm into combat.

It’s jarring to say the least, and yet the game still retains enough of From Software’s flagship games to blend in alongside them.

The story and world-building are still reminiscent of a Soulsborne game, with small details building to a grander overarching narrative and plot.

It also still retains many mechanical elements. Aspects like resting at fixed points to respawn enemies and recover healing items, as well as a resurrection mechanic, are all present, albeit reskined to better fit the game’s themes.

To top it all off, the game is just as difficult as anything fans would expect to be designed by From, if not more so.

As a result, it’s left many players and From fans torn on whether to call it an iteration on Soulsborne games or something new entirely.

And yet, Sekiro is neither an iteration or a new concept, at least not entirely. Instead, it’s a culmination of From’s development history, combining elements from most all of its past and present works for something both innovative and familiar.

Before the Souls games took the world by storm, From Software tried their hands at working on and developing a number of different series across several different genres.

This included the first-person RPG Kingsfield; Tenchu, a series centered around sneaking through compounds as a master Shinobi; Armored Core, a mech-centered arena fighter where mobility and quick thinking were key to victory, and several others.

Whereas many have already pointed to Kingsfield’s influence on the Soulsborne games, From’s other titles’ designs and aesthetics had largely been left behind in favor of elements more in line with what they’re now known for.

Part of this is because they just wouldn’t have worked with the Soulsborne design. Adding hard stealth or rapid movement to a Dark Souls or Bloodborne game could have drastically altered their designs, even breaking them if From wasn’t careful.

Likewise, neither would have meshed tonally with Dark Souls’ western medieval setting and world unless they were altered heavily.

With the new property of Sekiro though, this became doable.

In addition to returning to the Japanese cultural aesthetic of Tenchu, the game reincorporates the series’ stealth elements into the Soulsborne framework, fitting in thanks to the Wolf’s shinobi occupation and background.

They’re small changes on paper, and most who haven’t seen these games for themselves wouldn’t notice it. At the same time though, these additions drastically alter what we’ve come to know as a From Software game in execution.

And honestly, they’re welcome changes for most all involved. Different as it is, fans and critics alike have praised Sekiro as an evolution of From’s gameplay design, and an innovative step forward for a developer that has been pigeonholed into one type of game for too long.

Likewise, From is and always has been a multi-talented studio with the ability to design great games in multiple genres. It’s no doubt been a talent they’ve been eager to flex, and with Sekiro, they’ve finally been able to do so no matter how slightly.

There will be those who bounce off of Sekiro. Change isn’t always easy for everyone, and some might still prefer the Soulsborne design style over what From has created.

For everyone else though, it stands as both an homage to everything great about the developer and a precursor of how they can use what they’ve learned to create evocative and innovative titles in the future.