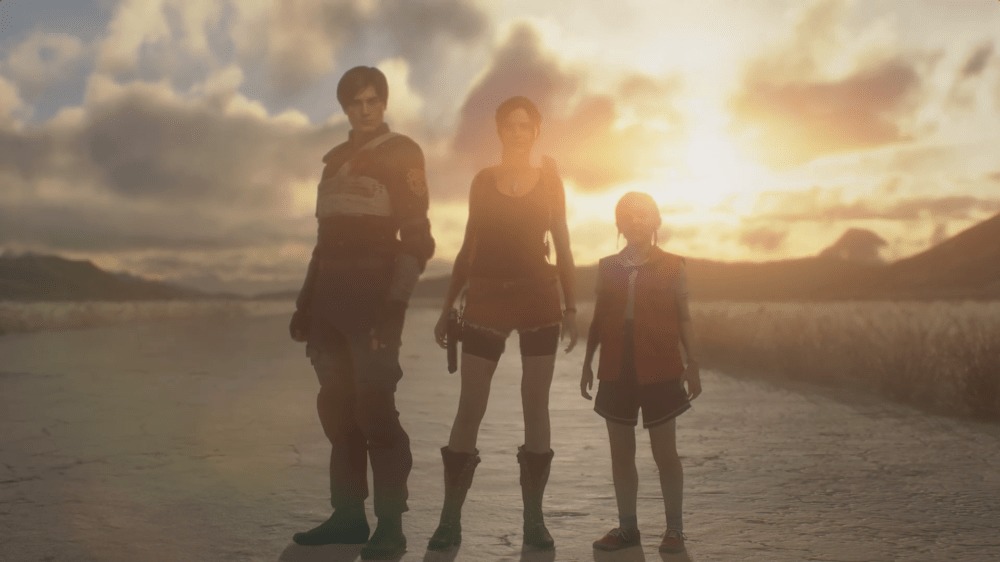 [Endless Playlist is a series of monthly articles where we pick a video game soundtrack for discussion and try to provide a critical analysis of how it performs within the game it’s from, and how it holds up on its own. This month, we’re breaking down the ending credits song of the Resident Evil 2 remake.]

Truth be told, the Resident Evil 2 remake doesn’t have a very impressive soundtrack, at least to me. Short of the insanely intimidating Mr. X theme, most of my playtime featured the original soundtrack selection instead of the remake’s.

The original Resident Evil 2 soundtrack. Now that’s a good collection of music worth talking about. The save room theme is a lovely evolution of the first game’s, and no one can ever forget the three discordant notes of the classic music that plays when you step foot into the Raccoon Police Department for the very first time.

There’s a lot to be nostalgic about when it comes to the original Resident Evil 2, but that’s not what we’re going to be talking about today. Instead, we’ll be focusing on the true ending credits song that plays once you’ve cleared scenario B in the excellent, recently released RE2 remake.

I recently had the pleasure of interviewing composer Cody Matthew Johnson, who was responsible for writing and composing the remake’s ending credits song, titled Saudade. Interestingly enough, while Saudade just sounds like your typical grungy rock song at a first listen, a lot more thought went into the composing process than expected.

Lyrically, Saudade is a painfully melancholic song with a story that doesn’t quite seem to fit the tone of Resident Evil 2. Unlike the original scenario B ending credits song, which was a catchy, feel-good theme to pump you up for taking down Umbrella, Saudade’s connection to the story seems tenuous at best.

If you really want to draw a link between the song and the story, though, you’d have to look at Leon’s scenario for that. The singer (none other than the ex-frontman of Sick Puppies, Shimon Moore) cries about “the pain of remembering” and questions where it all went wrong. Given Leon’s fallout with Ada near the end of his story, it would make a little sense for the song to be about him, as he’s the only character who’s gone through a somewhat profound sense of loss.

I mean, okay, there’s Sherry too. But somehow I have a hard time believing this emo rock song is about her.

The song’s connection with Leon is certainly a stretch, especially as you continue reading the lyrics. Soon, it becomes clear that the song isn’t about Leon at all, or any other character for that matter. It’s a song about Resident Evil 2 and the new remake, and this is made clear with the line, “there’s two sides to every story.” It’s a bit on the nose, but this alone is a clear indication that the song is about the game itself.

One of the questions I posed to Johnson during the interview was about the melancholic nature of Saudade. What exactly inspired this tonal direction for the song? Johnson’s reply was interesting, stating that the game director Kazunori Kadoi had written a short story to give him an idea of the kind of message he wanted the song to convey.

“His story was about a working-class man who was reflecting on his life, his city, and the dreams he had when he moved to the city 20 years ago. Years passed, and instead of manifesting his dreams and aspirations, he finds himself stagnant in his career. He’s melancholic for the old city and the dreams it evoked in him.

Symbolically, Kadoi inferred that the changing city the man lives in reflects the time when Resident Evil 2 players used to play the original in 1998 when they were young, spry, hopeful, and aspirational. Kadoi wanted the lyrics to evoke nostalgia so that players would remember their fond memories, not only of playing the original but also of their lives and experiences since.

This nostalgia, or “pain of remembering,” was carefully crafted into the song to preserve and translate the story Kazunori Kadoi wanted to tell through music. The emotion resonates well with Kadoi’s choice to name the song “Saudade.” “Saudade” is a word that has no direct translation but is deeply connected to the feeling of nostalgia and longingness of the past, which we conveyed in the main chorus lyric “The pain of remembering.””

So, with that in mind, Saudade then becomes a song about Resident Evil 2 players, not the game. Johnson mentions that the Resident Evil series had always been about reunion, and he’s not wrong. Except this time, the reunion is between longtime fans and a game that released back in 1998.

At first glance, you could interpret the song as a way of jabbing at players, forcing us to think about what exactly we’ve done with our lives in the past 20 years, between the releases of the original game and the remake. But maybe a simpler explanation would be that the very idea of nostalgia itself is, indeed, quite painful. After all, why would anyone long for the past if it wasn’t, in some way, better than the present?

Perhaps the song’s nostalgia also hearkens back to a simpler time in 1998. Game engines weren’t quite as sophisticated as Capcom’s shiny RE Engine, video game characters were blocky and polygonal, and by and large, Resident Evil could skate by with a mediocre story and even worse voice acting.

From the 90’s style grunge guitars to the desperate choral cries of “gone, gone!”, Saudade toys with the romantic notion of nostalgia and results in a song that serves as a lost time capsule, and a reminder of the simple past. Saudade isn’t a song for Resident Evil 2; in a surprising twist of events, it’s actually a song for people who’ve been in love with video games for the past two decades.