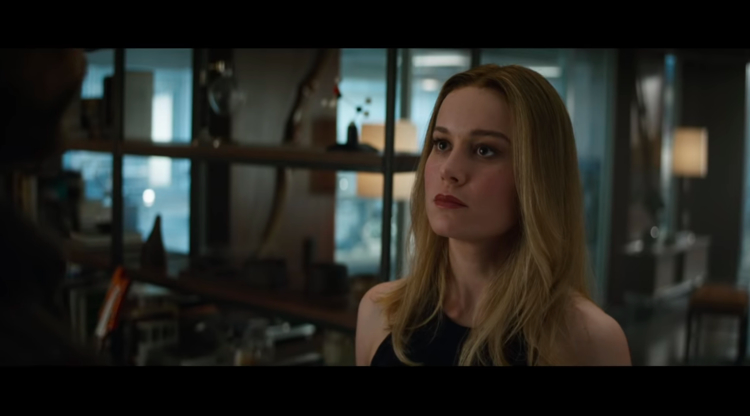 Now, it’s hard to discuss the trailer without going into spoiler territory, so be warned. For those that weren’t aware, the evil villain that goes by Thanos managed to acquire all of the stones for his Infinity Gauntlet, allowing him to obliterative 50% of the human population, and yes, several of the Avengers as well.

Nick Fury is one of the many victims of the mass destruction, but before he disappears, he ends up calling someone for help, and that person is none other than Captain Marvel herself.

In the new trailer, that you can see down below, the Avengers are distraught and heartbroken over their many losses and plan out an attack against Thanos in order to save their beloved friends. We get to see a glimpse of Captain Marvel having her first interaction with the Avengers, specifically with Thor.

Are you guys excited to finally watch the end of all of this Thanos nonsense? What do you think is going to happen to the Avengers that were “killed” in Infinity War? Give us your thoughts and crazy fan theories down below –we would love to hear them!