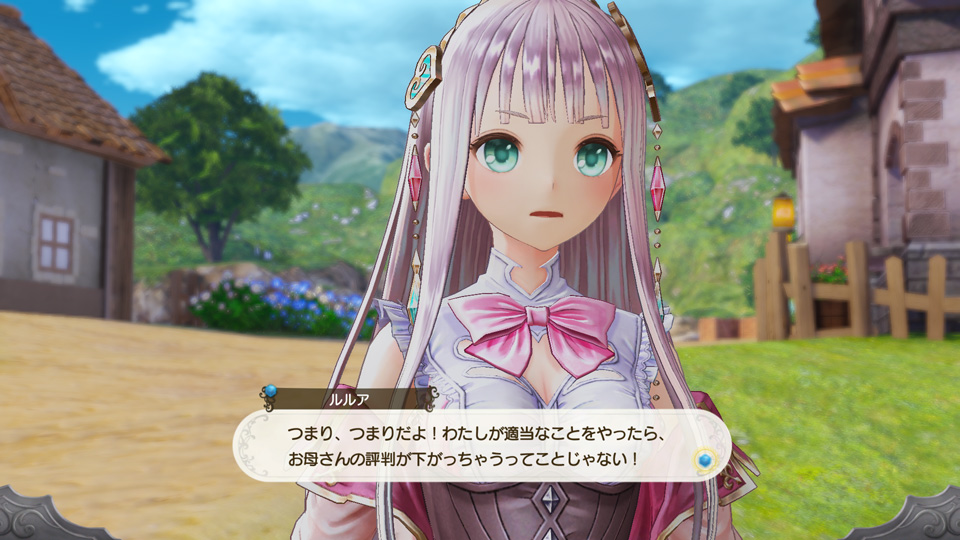 Today Koei Tecmo released a new and very large batch of screenshots of the upcoming JRPG Atelier Lulua: The Scion of Arland.

The screenshots show quite a few characters, including returning ones like Merurulince “Meruru” Rede Arls and Keina Swaya from Atelier Meruru: The Apprentice of Arland, and new ones like Vernon Armaster.

We also get a re-introduction of some of the main characters that will appear in the game, including Lulua herself, Eva, Piana (who is coming back from Atelier Totori: The Adventurer of Arland), and Christoph Aurel Arland.

We also get to see the Primal Arts, which can be activated combining the powers of characters set in the front row of the party, and those in the rear guard.

You can enjoy all the screenshots below. If you want to see more about the game, you can check out another recent gallery of screenshots, a previous batch of pictures, more images from a few weeks ago and the latest Japanese trailer. You can also read about the actors who will lend their voices to the main characters.

Atelier Lulua: The Scion of Arland will launch in Japan on March 20 for PS4 and Nintendo Switch. We recently got the announcement of the western release dates, which will come shortly afterward on May 21 in North America and May 24 in Europe. Western gamers will also get a PC version via Steam.

Paper Mario: The Origami King Gets a Ton of New Gameplay Footage During Nintendo Treehouse Live