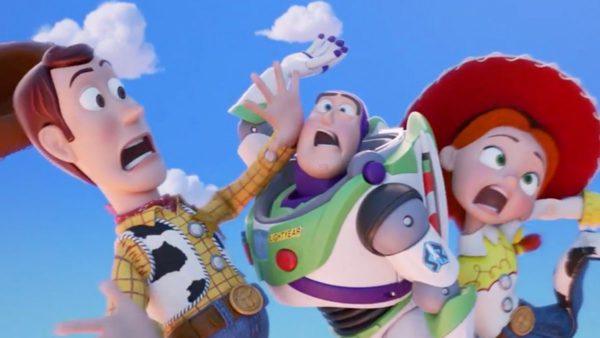 Disney and Pixar have released the first teaser trailer for Toy Story 4, the film that will finally bring an end to the legendary animated series. While the trailer doesn’t show anything story related, it does set a fun tone and introduce us to a potential new character. You can take a look at the full trailer below.

Set to a happy song, we see the main cast of the series spinning around in a circle holding hands. That includes Woody, Buzz, Jessie, Mr. and Mrs. Potato Head, Ham, Slinky, Rex, and a Pizza Planet Alien. Finally, we see a strange Frankenstein creature at the end of the circle; a spork craft project with popsicle sticks for feet, googly eyes, and a number of other crafty items. The spork screams that he doesn’t belong and sends the rest of the group sprawling out.

Of course, at the moment we don’t know if this character will be a prominent one in Toy Story 4, but considering he’s featured in the teaser trailer we can assume. Toy Story 4 is planned to be the final film in the series, and the entire voice cast returns to play their roles again.

Toy Story 4 will arrive sometime in Summer 2019, and is currently the only Pixar film planned for next year.

Are you excited to see the next entry in the Toy Story franchise? Which movie is your favorite? Leave a comment down below and let us know.