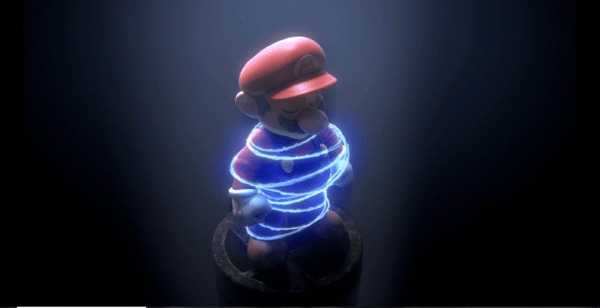 World of Light, also known as Adventure mode, is the single-player campaign in Super Smash Bros. Ultimate. After getting hands-on with the mode for about an hour, there is plenty new information to talk about. Let’s dive into five of the most important details we gleaned from World of Light.

1: World of Light is Not Much Like Sub Space Emissary

First off, World of Light is not like Sub Space Emissary from Super Smash Bros. Brawl. While it is still a single-player mode, it focuses more on gameplay and mechanics, rather than platforming and story. With the new Spirits system in place, World of Light has a deep focus on mixing and matching different play-styles to overcome obstacles. In the time I spent with the game I encountered zero cutscenes outside of the opening cinematic that was shown in the previous Nintendo Direct.

The world map in World of Light is set up like a board game, rather than Sub Space Emissary’s side scrolling platformer. While World of Light still contains a story that motivated players to achieve their goal of freeing all of the trapped spirits, it definitely takes a back seat to the gameplay this time around.

2: How the Characters Are Unlocked

In this mode you will start as Kirby and unlock characters as you progress through the world. Throughout the map you will encounter grey statues that represent different characters from the Smash roster. You will have to face them to progress in World of light, and after defeating them they will join the roster. You can then select that newly recruited fighter in the start menu under “select fighters.” It is important to note that characters unlocked in World of Light do not unlock them in other modes.

Sometimes the player will be faced with branching paths on the map, once a player chooses a path and recruits the fighter standing in their way, the other part of the map will be blocked off until they finish the path they selected. This makes the choice feel more consequential.

3: There is a Good Reason for Why Kirby is the One Who Survives

In a presentation given at the beginning of the event, a representative from Nintendo stated that there is a plot reason for Kirby’s survival that will be revealed towards the end of World of Light.

Players start as Kirby but quickly unlock characters like Mario, Sheik, Marth, and Villager. Sakurai has a soft spot for Kirby, since it was one of the first games he ever worked on.

Spirits are unlocked at every single challenge in World of Light. On the map there are little flames that players will have to beat to progress further on the map. Each flame will have unique mechanics for players to overcome, such as enemies starting with specific items or enemies becoming more powerful after eating food. Once players defeat the spirit, it gets added to their collection across all modes that use spirits.

In World of Light your spirit loadout is constantly changing. Each new challenge will encourage you to change your loadout, by putting you in a very specific position. For instance, you might be in a fight that start enemies with baseball bats. You would want to counter this with a spirit like the Guardian, who negates a percentage of incoming melee damage from items.

There is also a rock, paper, scissors like system within World of Light, which will have you rotating spirits in and out to make sure you have the advantage. If you try to brute force your way through World of Light it is going to be very difficult, because not only will the enemies have an immediate advantage over you, but you will also do less damage to them.

Of course this could be done to give yourself a real challenge, because you will be given more rewards if you overcome a challenge you are under leveled for.

The demo ended after I collected three fighters in World of Light, which doesn’t seem like a lot in the grand scheme of things, but in that time I explored what I thought was a decent chunk of the map.

It wasn’t until I zoomed all the way out until I realized how big this map actually is. In about a hour of playing I had only explored a very small piece of the map, but it was so densely packed. This over world houses all 74 fighters on the roster, so it is safe to say it will take players a long time to reveal the entire map.

It is filled with challenges, branching paths, and puzzles along the way. Super Smash Bros. Ultimate releases on Dec. 7 for the Nintendo Switch.