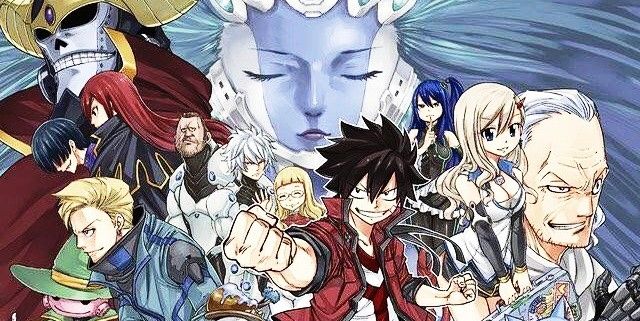 Sadly, the Fairy Tail manga series has likely left a bad final impression for its once optimistic fans. It’s a series that has long since been stumbling its way into a sorry state due to a lack of quality, poor writing, and a woefully unsatisfactory climax to its overarching narrative. The author, Hiro Mashima, seemed to have improved several scenes that made little to no sense. His efforts elsewhere, however, have proved more successful. Edens Zero is his other foray into manga, and it really captures the essence of what made the debut of Fairy Tail so special.

Manga fans had all but given up on Mashima and his future projects following the announcement of Fairy Tail’s ending. Put bluntly, despite the sheer amount of potential Mashima began the series with, after a few story arcs, each decisive battle always came down to a punching contest between Fairy Tail’s main character Natsu Dragneel and whatever bad guy happened to hurt Natsu’s friends. The villains boasted interesting enough magic abilities but were all defeated too predictably thanks to the stereotypical “power of friendship” and an unsatisfying fiery strike. Upon Mashima’s initial announcement that he was working on a new series that may even overtake the expansive Fairy Tail series, many of Mashima’s readers were split, with some anticipating Edens Zero while others heavily criticized his art style and storytelling abilities.

But having read the first chapter of Edens Zero, it’s like falling in love with Fairy Tail all over again. Mashima manages to keep a lot of aspects eerily similar to Fairy Tail, including the iconic blue cat named Happy, the overly enthusiastic main character who heavily resembles Natsu and the voluptuous female companion who’s pretty much a copy of Lucy. The art style is crisp and incredibly fluid, making the fight scenes flow right off of the page like every great manga should, and each character’s design looks meticulously sketched and detailed. The dastardly space pirate Elsie Crimson, Erza Scarlett’s double,  looks to be an interesting antagonist, and Mother may be the biggest mystery of the entire series so far.

Even the mysterious power system is fairly reminiscent of the different magical abilities that appear in Fairy Tail. Ether, the source of all power in the Sakura Cosmos, is even described as magic by Happy and Rebecca, but carries its own inexplicable characteristics, such as drastically changing one’s gravity and those around at will.

Initially set in a land ruled by robots, Edens Zero quickly reveals its grand twist: a space adventure awaits right around the corner. Rather than taking place in a Westworld-like setting, Rebecca, Shiki, and Happy set off on a journey in the Sakura Cosmos in search for the space goddess Mother, who for some reason knows of Shiki’s existence and claims he may save the universe one day. Edens Zero quickly introduces several jarring concepts that leave readers and the main characters at a loss for words, which only propels both parties into further exploring this seemingly endless universe.

Much like Fairy Tail, Edens Zero presents a world unlike our own and teases so much more for our main characters to explore. In the case of Edens Zero, it appeals to that space-exploration itch that all children have at some point in their lives. The Sakura Cosmos promises a grand, long-lasting One Piece-like story, with Shiki and Rebecca jumping from one planet to another, solving the world’s problems before moving on to the next one while searching for Mother. In the series’ most recent chapter, Mashima breaks new ground in his writing by introducing a time-altering narrative that jumps back and forth between the present story and thousands of years into the future.

This narrative structure introduces something unseen in the typical battle-focused manga, leaning into the sci-fi elements surrounding the series. It’s a little nonsensical now, but I have faith. Here’s hoping Mashima is able to weave in a number of twists and turns throughout the story to connect the winding plot back to the mysterious phrase, “Edens Zero.”

Despite the checkered past Mashima may have with audiences, I have no doubt that following the massive initial success of Fairy Tail, Edens Zero will retrace its predecessor’s footsteps and possibly overtake Fairy Tail in terms of popularity. Particularly so, once its inevitably anime series debuts. Kodansha USA has already made the exciting announcement that Edens Zero’s first volume will have a worldwide simultaneous release in October, so further announcements are sure to be on the horizon.

You can read Edens Zero on Crunchyroll Manga, comiXology, and Kindle. The first five chapters are out now, ready for you to explore this vast new Sakura-filled universe. Expect great things from this series, and expect to hear more about it upon the announcement of its anime.