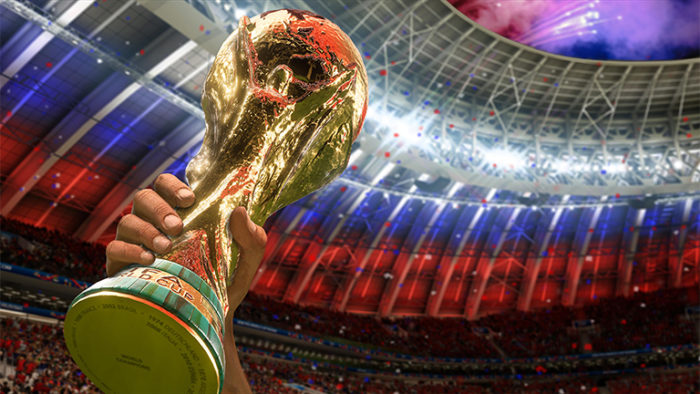 The FIFA World Cup 2018 is now over. No more “Football’s Coming Home” and no more VAR controversy, but congratulations to France. With it being a few weeks until most European domestic league seasons begin once more, football fans are missing the World Cup and the excitement it brought with it. To pretend like it never ended, we could jump into the World Cup mode on our favorite football game, FIFA 18, but since EA Sports neglected it during the tournament, it’s not anywhere near as fun as it should be.

While the Ultimate Team section of the World Cup mode in FIFA 18 was little more than a re-skin of the main FUT game mode, it combined the excitement for the World Cup with players’ desire for something new in FIFA. At the start, everything looked great. Loads of players came back to the game to see the new mode, the gameplay was pressure-free and therefore more fun, and there were SBCs to work towards. However, how easy it was to get the best players meant things became stale quickly, from a team-building standpoint. EA needed to add new things to the World Cup mode – whether that be players, SBCs, or modes – and they did to start with, but they failed to add enough that kept the attention of the player base that was invested in the real-world tournament itself. They should have flooded the mode with new things to do throughout every stage. Instead, they sat on what they already had, giving the main FUT mode most of the exciting additions.

We knew from the mode’s release that we’d be getting new players after each day’s matches. There were some highlights, such as a boosted Messi, Cristiano Ronaldo, and Neymar, but most of them were slightly upgraded versions of unusable cards. Who gets excited about a new 80-rated Icelandic goalkeeper, other than people making an Iceland team? With how easy players were to get, most of the upgraded players weren’t exciting. Some heftier upgrades did eventually come to the Golden Boot winner, the whole of the victorious France squad, and the Golden Ball winner, but this wasn’t until the World Cup finished and the excitement had died down.

There was also a few SBC additions, including a ‘Substitution’ SBC that allowed you to essentially swap one player for another once per day, and an SBC for each participating nation that granted you the team’s best player. However, for most of those nations, the requirements were too high for players who could get use out of the cards, and most players who had 11 players from one nation already had the player that you’d unlock. That meant that, aside from the Cristiano Ronaldo one, there was little interest in these SBCs.

Then there was the addition of Icons – probably the most requested, yet problematic feature that EA Sports added to the World Cup mode this year. Due to how easy players were to get for experienced players, a lot of people had multiple high-rated cards lying in their duplicates pile, gathering dust. As a way to give those cards a purpose, EA released a repeatable Icon SBC that required just an 83-rated squad. At first, that seemed great, but Icons quickly took over the entire mode. Within days, a lot of players had most of the 17 Icons, and since they were so much better than the base World Cup cards, they went straight into everyone’s team. This meant that the Online Tournaments were flooded with full Icon teams, and the daily player upgrades were rarely enough to displace them. What started out as a way to use unwanted cards turned into something that made the World Cup mode stale, and that was never addressed.

Meanwhile, the regular Ultimate Team mode was getting dramatically upgraded cards every few days. Whether it be Team of the Match Day players or Classic Heroes, there were new players being added that could possibly shake up your team. These cards should have come to the World Cup mode too, to shake up the teams we were seeing. They were good enough to displace Icons in squads so that we’d see a little variety. Of course, regular FUT is likely to be the mode with the larger player base, and therefore would be more lucrative for EA, but there’s no reason why the cards couldn’t have been released in both modes.

The online tournament rewards were another aspect of the World Cup mode that was never addressed. Progressing through the group stage after three games saw you receive 1,500 coins and one 7.5k pack, as well as the one player packs per match. The only additional reward you could receive in the knock-out stages, however, was the 15,000 coins and two 7.5k packs you’d get for winning the World Cup. Players quickly worked out that, unless you were certain that you could win the final, it was more time efficient to play the group stage, forfeit the tournament, and start again than it was to risk losing in the knock-out stages. This was never addressed either, making the online tournament unappealing, and the whole mode the same, as a result.