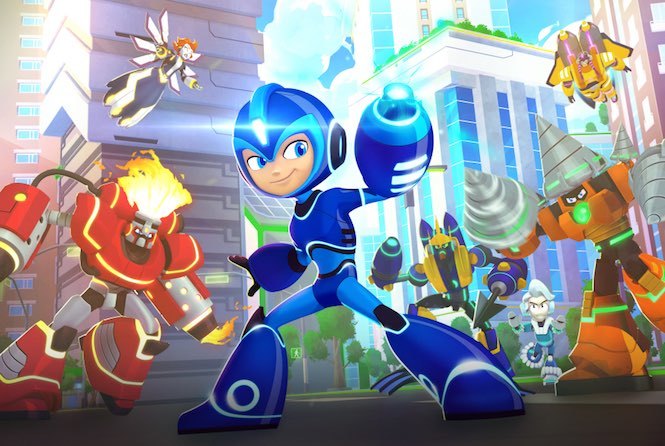 The Mega Man franchise will be celebrating its 30th anniversary with a brand new cartoon, Mega Man: Fully Charged, on Cartoon Network. The project will be a collaborative effort between DHX Media and Dentsu Entertainment with Man of Action Entertainment as executive producers and story editors.

After its premier event at San Diego Comic-Con on July 20, the show’s first episode will premier on Cartoon Network on Aug. 5. The SDCC panel will include several show-runners and Mega Man 11’s producer Kazuhiro Tsuchiya. There will also be a special artwork-signing with the creators and producers of Fully Charged.

Upon the show’s initial announcement, DHX and Dentsu provided a brief synopsis:

The new animated Mega Man series focuses on a normal, upbeat schoolboy robot, who discovers that deep within his programming lies secret protocols that can transform him into the powerful Mega Man. And, as the world’s first robotic super-hero, Mega Man must face the threats of Silicon City, while trying to preserve his secret identity and maintain a regular robot boy life.

This news is particularly exciting considering the amount of Mega Man products on the horizon including Mega Man 11 and a newly teased Mega Man X game. Fully Charged also marks the series return to television since Mega Man Star Force’s limited run in 2007.

While the new artstyle may be a shock to some viewers, Mega Man’s return to the screen is surely something to look forward to.