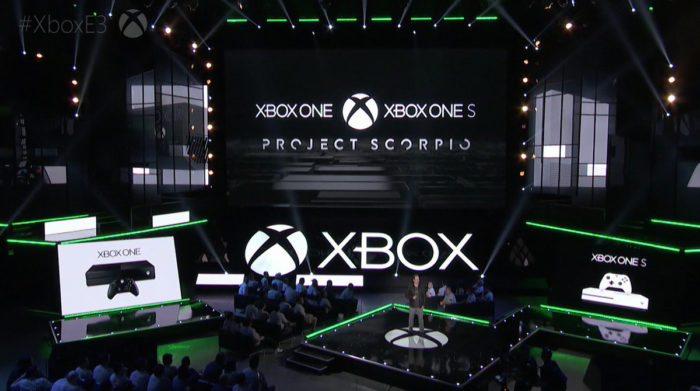 Between the slew of brilliant games and the launch of two new consoles, 2017 was a big year in the video game industry. Microsoft, however, did not enjoy the best of it, despite the fact that one of those new consoles was its hotly anticipated Xbox One X. It watched rather helplessly as Sony pulled further ahead thanks to critically acclaimed exclusive PlayStation content, and Nintendo surged its way back to the spotlight riding a fever pitch of excitement over its new hardware and games.

A growing narrative that Microsoft had no interesting games up its sleeve gained ever more traction, and the use of the Xbox One X to deflect those claims became a more and more obvious takeaway. As you’d expect, the launch of the new console utterly dominated the latter half of 2017 for the Xbox One brand, but the promise of ultra high definition graphics and crisp frame rates also helped to dilute the awkward truths that pertained to the console’s lack of games. Most notably, at its E3 press conference.

This year, Microsoft arrives at E3 in much the same sort of situation as 12 months ago. They have a capable piece of hardware and strong brand recognition, but very little in the way of interesting content to convince consumers there platform is the one to buy. What is markedly different, though, is that same Xbox One X shield won’t be available. No amount of technobabble will serve as an acceptable distraction from the announcements that everyone wants to hear: games, games, games.

Making things even more difficult is the fact that not just any old game will do. Even the likes of Halo and Gears probably aren’t the answer this time around. Not that the Xbox fanbase won’t be excited to see new iterations of those iconic and beloved franchises – they surely will – but more because that isn’t really the sort of signal that Microsoft needs to send. The last thing anybody wants to hear is that yet again the extent of what it means to be an Xbox owner lives and dies on a holy trinity of three tried and tested IPs. It’s time for a new era of Xbox, which is something I know I for one have been saying for a very long time. But where before you could cite the pre-Scorpio build-up as a transition phase for the brand, we’re really getting to that stage where Microsoft has to deliver something substantial. It’s time to convince consumers that the Xbox brand is worth investing in both now and in the future, and that starts and ends with games.

It comes back to that notion of relevance and mindshare, of which Sony – and increasingly Nintendo, for that matter – are completely running away with. And as good as Microsoft has been about delivering an improved user experience with their custom controllers, backward compatibility, and new Game Pass program, those features all feel like a drop in the ocean compared to game announcements.

Of course, there’s absolutely something to be said for forward-thinking strategies like the digital services Microsoft is pushing. And with all the talk of traditional gaming experiences being replaced by multiplayer, Games as a Service-type design, allying itself with that sector of the market is clever. The trouble is, both of those strategies don’t seem to be doing anything for Microsoft right now. Game Pass isn’t so enticing that it’s curbing the status quo, and titles such as Sea of Thieves haven’t proved a home-run. Sony, meanwhile, continues to be revered as a golden child of the industry for peddling typically single-player, story-driven traditional games minus any concerted charge streaming services and the like.

If we’re honest about it, Microsoft would likely never have so actively pursued digital services and quality of life console improvements had it ever been in the position to dedicate its efforts to quality video games. Those features, great as they are, have come about mostly to appease the void of quality software. This year’s E3 must be different, though; it simply has to set a precedent moving forward that quality video games are the future of the Xbox brand.

That’s no easy task of course, and Microsoft is going to be under some immense pressure to deliver, and at the mercy of some pretty heavy criticism if they don’t. It’s a situation aggravated by the fact that there’s been precious little to celebrate in the past six months, and certainly, no wave of enthusiasm coming into the conference based on what we’re sure is to come in the future. Ultimately, that makes E3 2018 perhaps the company’s most challenging and pivotal conference since the launch of this generation’s hardware, and one it so desperately needs to win us over with.