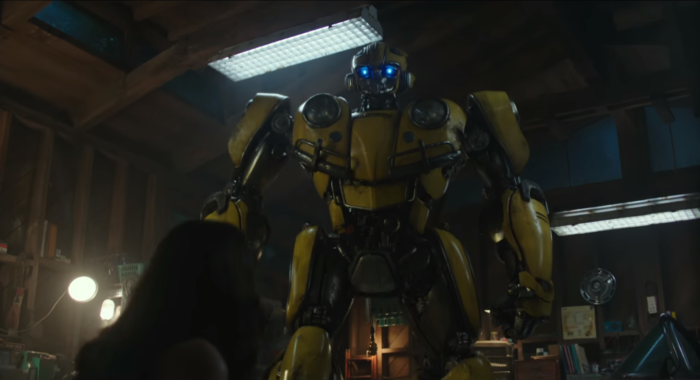 The Bumblebee movie was announced in 2016, and the reveal left fans confused if cautiously optimistic. The Michael Bay Transformers movies had irreparably changed Bumblebee. Gone was the original young and inexperienced bot who transforms into a yellow Volkswagen Beetle, replaced by a headstrong and “mute” warrior who can turn into a yellow Camaro. This change even carried over into the Transformers: Prime cartoon. How could such a character ever carry a movie on his own? Short answer: he won’t have to.

Judging by the trailer, the Bumblebee movie will probably revolve around Bumblebee’s growing relationship with a human girl (played by Hailee Steinfeld) and his transformation, pun intended, from a scared little bug to an elite Autobot soldier. While the major story beats aren’t revealed in the video, the trailer puts its best foot forward since Bee uses the stocky Volkswagen Beetle design fans fell in love with. However, he still can’t talk, but then again, the movie is supposed to be a prequel to the Michael Bay Transformers movies.

Even though we don’t know the plot of the movie, the trailer reveals two potential antagonists. Well, one potential and one definite. Ever since John Cena’s role in the movie was announced, fans have been theorizing just what that role would be. The trailer reveals he will serve as a member of the secret government agency Sector Seven that was invented for the Transformers movies. Whether or not that will put him in direct conflict with Bumblebee remains to be seen, but even if Cena doesn’t fight Bee, Starscream will. Yes, the legendary backstabbing Decepticon Starscream is in the Bumblebee movie, and just like Bee, he’s rocking his original G1 design, complete with headcrests, intake sideburns, shoulder pylons, and McDonnel Douglas F-15 Eagle alt-mode. The Michael Bay Transformers movies have been criticized for many things, including the designs of the Transformers, and the Bumblebee movie will apparently address/fix many of these criticisms.

The Bumblebee movie is scheduled to release in time for Christmas this year. We will have to wait and see how it stacks up against the other Transformers movies.