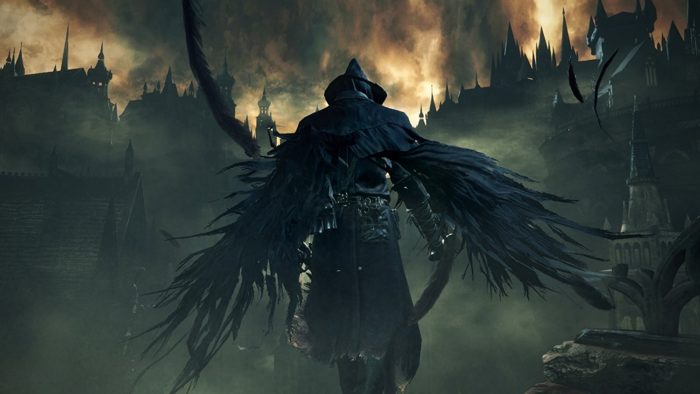 Bloodborne is undoubtedly one of the best games of this generation. It scores a solid 92 on Metacritic, and is in the top five PS4 exclusives to date as a result. It is still talked about regularly by fans, and the recent release on PS Plus has only served to further its appeal and has reinvigorated its fans. There are so many things that Bloodborne excels at, but that doesn’t mean we need more of it. In fact, leaving it to stand alone is better than needlessly adding in more stories to the world. Far too often nowadays we end up with an endless stream of sequels until the original concept is either unrecognizable, or has just deteriorated until the same thing happens. Some things are just best left as a unique occurrence, one single entry that stands perfectly fine on its own, isolated from the empty air that follow-ups can bring.

Among the many things that Bloodborne does well, it is a shining example of how to do environmental storytelling and how far you can push people while still encouraging them to push back. The difficulty has put some people off, of course, but for anyone who is willing to let the game beat its lessons into them, it’s one of the most rewarding experiences in gaming. The feeling of overcoming the challenges that you face is incredible. When you finally best the last boss, you can rest on your laurels having overcome countless obstacles in your playthrough. Nothing since has really captured just how incredible it really is, in terms of the balance between challenge and how rewarding it is.

Once The Old Hunters was added into the mix, the game got even better. The added background information on the characters and the added lore helped flesh out plenty of fan theories and prove or disprove others. Bosses like Lawrence and Ludwig helped to make the characters referenced in the main story more concrete, while showing you just how deranged the blood work could become. All of this builds to a climax in the form of the Orphan of Kos, a boss fight that challenges the player in a way that nothing else in the game does, and is more gratifying as a result.

This is why we don’t need a sequel. As it stands, Bloodborne is incredible. Changing anything would feel unnecessary and would just serve to dilute the experience. Objectively speaking, a sequel can’t ruin its forebears, but actually having a bad sequel can shed some negative light on the original. The original Dark Souls could have been left alone, but instead got two sequels. While it was nice to spend some more time in the universe, it only really served to show how much has changed since the first iteration. In fact, the second one is almost ignored in the final entry – the stories it told didn’t really add to the series’ overarching narrative.

The original Dark Souls simply isn’t as strong as Bloodborne, while the first half of the game is incredible, some of the latter areas feel rushed. Not to mention the Bed of Chaos being an abhorrent boss. Dark Souls almost needed its follow-ups to perfect the formula, plus the lore is entirely centered on cycles and repetition. Bloodborne doesn’t need to be perfected, nor does its lore suit the idea of another game. We don’t need to see what happens in the next hunt, the cycle isn’t without end, nor is it on the same scale as the one in the Souls games. It’s also a lot more interesting to leave the game without a developer-chosen ending. Simultaneously having all of them be canon depending on which one you chose gives it more meaning. No matter which ending you personally consider to be the correct one, you can hold onto that as the true ending. A sequel takes away that ambiguity by suggesting one of them was true.

It isn’t that a follow-up wouldn’t be a good game. Since the release of Demon’s Souls, FromSoftware hasn’t made a bad game, so a bad sequel is highly unlikely, but equally the developer is at its best when it’s innovating. FromSoftware takes what it learns in each game and tries to carry it on into the next one, but it always works best when it is free of constraints, which means it always works best when it is a brand new idea. Every iteration of the formula informs the next game. If you look at Dark Souls 3, it could easily be a different IP given the way it plays, but it remains in the same universe despite this. If it wasn’t for the fact that it wrapped up the Dark Souls story, it would probably have been better served being in a new universe.

It would have been interesting to see them play with the new mechanics in a completely new world because then there would be less holding them back. Tying all these new ideas to a pre-existing lore potentially stifles the creativity that could have happened. Soulsborne games are a thing because the mechanics in each feel familiar while being unique. The twists they include in each game ensure that it feels fresh despite also feeling comfortable for fans of the developer. So you know you are getting an incredibly well-tuned action RPG without it becoming boring. Ultimately, the small adjustments to the way the games play helps to keep the gameplay interesting, and seeing this in a brand new world is always fascinating.

The newly announced Sekiro: Shadows Die Twice looks to be another From game. There will be new enemies to learn, new patterns to master, and a new cadence to move to. This is what we need from the developer. We need constant tweaks to the formula they use, a constant progression built on the adjustments made by a team that is growing in both skill and scope. One that allows for a constantly evolving style of play that always pushes the player, and always rewards them. This is what From are great at, and we don’t need them to do Bloodborne 2 just to retread another hunt. Bloodborne is perfect as it is, a singular instance in this incredible gaming world that will remain perfect forever. Let’s not try and change that.