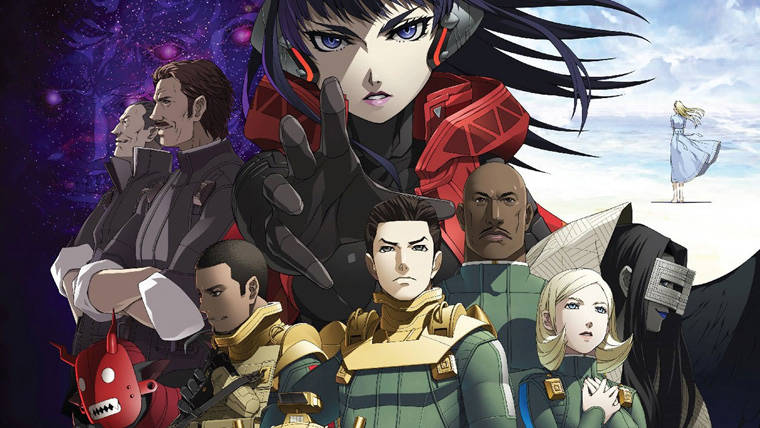 Atlus’ MegaTen games have a tendency to make you feel awful for being part of the human race, and no other game in the series does it quite as well as Strange Journey. Shin Megami Tensei: Strange Journey Redux is an HD port of the original 2010 DS release, and if you missed it the first time, now you can play it on your 3DS instead.

Unlike other games in the series, Strange Journey Redux doesn’t take place in some futuristic or dystopian version of Tokyo. Instead, the game is set in Antarctica. The world is in turmoil, a mysterious plane called the Schwarzwelt has opened up in Antarctica, and demons are starting run wild. To save the Earth, the United Nations have put together a strike force to enter the Schwarzwelt and find a way to destroy it. While Strange Journey doesn’t take place in Tokyo itself, the dungeons in the Schwarzwelt are designed to look like various places and districts we’d see in real life. One dungeon looks like a red light district, while another looks like a shopping mall. After spending a while in this demon world, you start to get the sense that the demons themselves are aping the way humans treat Earth. There’s some commentary on the humans ruining the environment with pollution, consumerism, capitalism. You get the idea.

The international strike team is made up of people from different countries and various walks of life, which is rare in SMT games. Players take control of an American soldier onboard the Red Sprite, one of four ships that have been sent to Antarctica. In turn, this also makes the absence of English voice acting even more noticeable. Unfortunately, Redux only supports Japanese voice acting, which is a damn shame. You can turn the voices off if they’re too distracting, but this will also disable demon sounds.

Like other SMT games, the characters you meet on your journey are usually pretty flat and two-dimensional. Strange Journey Redux features three different endings (with alterations, if you choose to pursue the new content) that are dependent on your character’s alignment: Law, Chaos, and Neutral. The Russian scientist Zelenin is the embodiment of Law, as seen from her reluctance to associate with demons during the mission. On the flip side, your fellow soldier Jiminez is the embodiment of Chaos, and he flaunts it in his reckless bravado in everything he does. Don’t go in expecting significant development or growth from either of these characters; they’re more philosophical ideals than anything else. While this is more or less a staple of the SMT series at this point, it’s still disappointing to see the Law and Chaos options portrayed as extremist ideals in the game, and this makes Zelenin and Jiminez seem even flatter as characters. It’s par for the course, yes, but that doesn’t mean it’s engaging storytelling. Either way, your character will have to make decisions that affect your alignment, which will decide what ending you get.

The ending isn’t the only thing your alignment will affect, however; it also plays an integral role in how your party functions in battle. Strange Journey Redux continues the SMT tradition of allowing the main character to recruit demons to the party by negotiating with them. If your alignment matches that of the demon’s, they’ll be more amiable to your demands. If you’re complete opposites, they might be a bit more abrasive, or they might not even want to talk to you at all. In combat, Strange Journey Redux also ditches the Press Turn system in favor of an alignment co-op attack. Simply put, if you manage to hit an enemy’s weakness, other party members who share the same alignment will follow up with an additional attack. It’s not quite as elegant as the newly introduced Smirk system in SMT IV, but it does force players to think more carefully about the kinds of demons they want to have in their party. Combat plays out in a turn-based affair, as you might expect, and the key here is to exploit enemy weaknesses while also protecting your own.

Speaking of being careful, it’s definitely worth noting that Strange Journey Redux isn’t for the faint of heart. While the regular difficulty of the 3DS port has been toned down from the original release, this is still a very grueling JRPG to get through. The difficulty ramps up quite a bit near the start of the game, and you’ll need to think critically about the demons you’re recruiting and fusing along the way.

Dungeons are explored through a first-person lens, and random enemy encounters will trigger after you’ve taken a certain number of steps. For the most part, the dungeons are pretty well-designed, with tricks and mechanics you’ll need to figure out in order to progress. The second dungeon, for instance, features holes in the ground that you can drop through to reach a previously inaccessible part of the area. At times, you’re also forced to find hidden doors and passageways based on hints you can glean from demons hanging around the area. Similar to the Etrian Odyssey games, the bottom screen of your 3DS maps out the dungeon layout for you, allowing you to keep track of unexplored areas and trap tiles. There are usually enough well-placed save terminals around the dungeon, so it never feels like you’re at risk of losing too much progress if you happen to die. But if you do die in combat, there’s no Retry option. So make sure you save regularly.

On the other hand, there are also dungeons that border on infuriating rather than challenging. Strange Journey Redux features a brand new dungeon surrounding the new character Alex, and this one was definitely a chore to get through. The Womb of Grief is a sprawling map with tons and tons of directional tiles that dictate where you can go. Couple this with teleportation tiles and a staggering encounter rate, and you’ve got one of the most frustrating dungeons in the entire game. It’s completely optional, of course, but if you want to unlock the new ending variations and find out who Alex is, you’ve got to tough through it. Thankfully, the payoff does end up being worth the torture. Alex is an intriguing character who immediately captures your attention the first time she shows up. The revelation surrounding her true identity might be a little divisive for some, but she’s definitely a meaningful addition to the story, and Strange Journey Redux is worth a second look for that alone, even if you’ve already played the original.

The rest of the game remains largely unchanged. The Red Sprite serves as the main command of operations, where you’ll receive your next objectives from the talkative AI robot Arthur. The Lab is where you can develop new equipment and Sub-Apps, while the Sickbay heals your party to full health. This is where you can spend resources to strengthen your character and make the game a little easier for yourself. As you explore dungeons, you can also collect Forma, which is used for lab development. The Sub-Apps are installed into the character’s cool-looking Demonica Suit, and these are used to enhance your abilities in various ways. For instance, you can make demon negotiation a little easier, or give yourself the ability to talk to them during the full moon. One Sub-App even lowers the encounter rate, which I definitely recommend getting when you’re just trying to make quick progress through a puzzle dungeon. While the original release limited players in how many Sub-Apps you could install at any given point in time, Redux removes that limitation, making the game just that little bit easier.

Redux also includes a few other quality of life improvements that veterans will surely appreciate, such as the ability to choose which skills to pass on to a demon during fusion. There’s also been a slight bump to the game’s visuals and graphics, and a few new cutscenes have been added for additional story impact, which is nice.

Atlus hasn’t made that many significant changes to the story, and that’s fine, considering that the original plot was strong enough on its own. At the end of the day, Strange Journey Redux is still a solid dungeon-crawling RPG that fans of the genre will thoroughly enjoy. Despite the occasional poor dungeon designs, it presents a good balance of difficulty without ever feeling unfair. The extra story content added into the game is a nice touch on Atlus’ part, and it increases the game’s replay value even further. Just in case you needed more quality RPGs for your 3DS library, this is an easy recommendation.