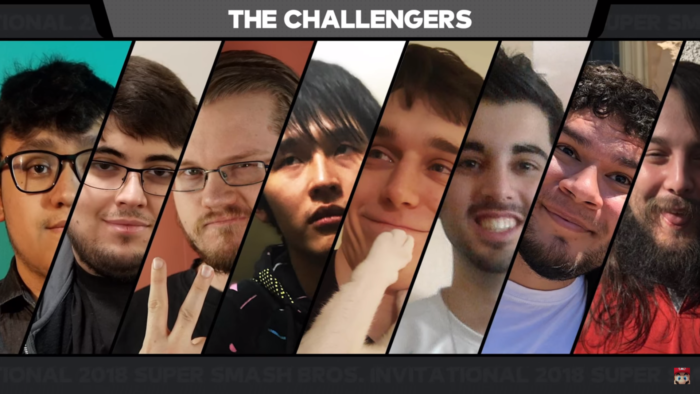 Super Smash Bros’s. popularity seems to grow with each passing year. Even though the Nintendo Wii U was a fairly unpopular console, Super Smash Bros. for the Wii U sold well over 4 million copies, and now that the Nintendo Switch is selling like hotcakes, the upcoming Super Smash Bros. game could potentially smash previous sales records, pun intended. Nintendo, not one to let good publicity go to waste, is hyping up Smash Bros. Switch fever with the Super Smash Bros. Invitational 2018. This year, the best of the best will get to fight for fame and glory with a running build of the game. Eight players from around the world will enter, only one will leave a champion. And now that we know exactly who will be competing, it’s time to pick our favorite and start rooting.

The first participant is MkLeo, a super smasher from Mexico. His favorite game is Fire Emblem, which is fitting since he usually fights as Marth, although he is just as skilled with Cloud, Bayonetta, Meta Knight, and Corrin. MkLeo won the Genesis 4 and 5 tournaments, as well as EVO Japan 2018, so you just know he will put on a show.

Next up is ZeRo, a Chilean Smash. champion who loves Xenoblade Chronicles. However, instead of using Shulk in Smash, he prefers Diddy Kong, Lucina, Sheik, Cloud, and Captain Falcon. ZeRo has won the Evo 2016, Genesis 3, and Super Smash Bros. Invitation 2014 tournaments, which means he is a force to be reckoned with.

The third participant is Armada, a champion Smash. player from Sweden. As a Super Mario 64 fan, he is a beast with Peach, but he is also a master with characters like Fox, Sheik, and Diddy Kong. Armada won the Genesis 2 Singles and Genesis 4 Doubles tournaments, which guarantees he will be stiff competition.

Abadango, the fourth smasher in the invitational, hails from Japan, the home of Super Smash Bros. He also loves the Xenoblade series and is regarded as one of the best Mewtwo players on the planet, but he’s equally skilled with Bayonetta, Meta Knight, Mega Man, and Wario, among other characters. While Abadango hasn’t actually won any tournaments, he was in the top 5 for Genesis 4 and EVO 2016 and a runner-up in EVO Japan 2018, so you can bet he will provide quite the fight.

Now we come to Plup, a Smash Bros. master from the United States who adores Super Metroid. He is a beast with characters like Marth and Sheik, and he’s also loves to use Pikachu, Diddy Kong, and Rosalina & Luma. As the champion of the Genesis 5 tournament, he is guaranteed to give it his all.

The sixth participant is Mr.R, the Netherlands smasher. He specializes in Sheik, which is fitting since his favorite Nintendo game is The Legend of Zelda: Ocarina of Time, but he’s also talented with the likes of Link, Roy, Meta Knight, and Cloud. Like Abadango, Mr.R hasn’t won any tournaments, but as a runner-up in EVO 2015, he is a solid competitor.

Lucky, the second Smash master from the United States, is all about speed. While he adores The Legend of Zelda: Ocarina of Time, he prefers characters who can run circles around the competition, including Sonic, Fox, and Captain Falcon. Lucky placed in the top 5 in both EVO 2017 and Genesis 5, so he stands a good chance of wowing the crowd.

Last, but certainly not least in the Super Smash Bros. Invitational 2018, is Lucky’s longtime partner in crime Mango. An avid Mario Kart 8 Deluxe fan, he also feels the need for speed and is a pro with characters like Fox, Falco, Marth, and Captain Falcon. As the EVO 2014 champion, Mango will provide matches that keep audiences on the edge of their seats.

Since the upcoming Super Smash Bros’s. roster is mostly a mystery, as are any changes made to existing character movesets and playstyles, we have no idea who these masters of Smash will use in the tournament. Will they rely on old strategies or adopt new ones? Will any of them use newcomers like the Splatoon Inklings? We’ll have to wait until June 12 to find out.