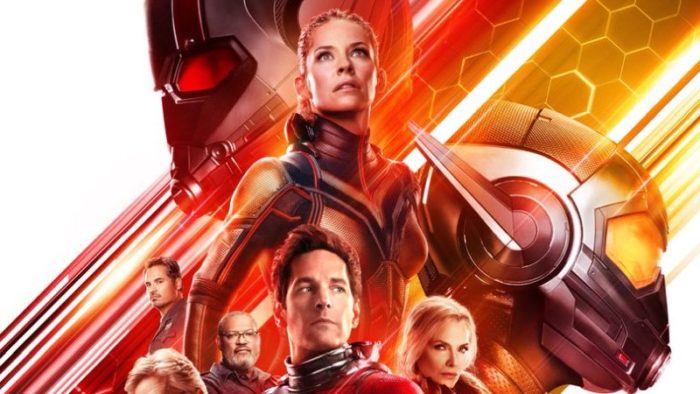 Marvel Studios has released the newest trailer for Ant-Man and the Wasp, the next film after the momentous events of Avengers: Infinity War. The trailer gives us a glimpse at just what Ant-Man was up to during the events of Infinity War, and why he was nowhere to be found.

Apparently, Hank Pim opened up a door to the Quantum Realm, which is when a Ghost came to steal Pim’s tech. The villain can phase through walls and has a few other tricks, which is why Ant-Man and his new ally, The Wasp, will need to use all the tricks up their sleeves. The trailer is a refreshing ray of light after the heaviness of Infinity War, and there’s plenty of comedy to go around. A particular highlight shows a giant ant playing a drumset, and Ant-Man using a truck like a skateboard. We also get to see a quick scene of Lawrence Fishburn’s character, Bill Foster, who you might also know as Giant Man. You can watch the full trailer down below.

Ant-Man and The Wasp releases in theaters on July 6. What do you think of the film’s new trailer? Do you like the change in tone after Infinity War, or would you have preferred something else? Let us know down in the comments below.