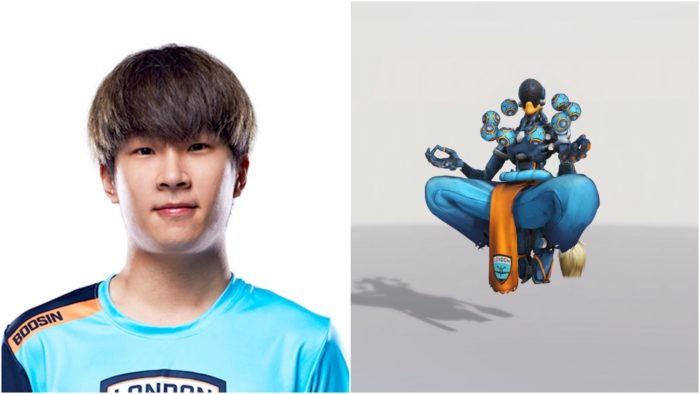 It’s unfortunate that London Spitfire finds itself near the bottom of the standings at the end of last week in eighth at the time of writing, but that didn’t stop support player Bdosin from having a fantastic week as his signature hero Zenyatta. Especially so on the Saturday match against Seoul Dynasty where London won a narrow 3-2.

Bdosin is exceptionally good at balancing his support and damage roles, knowing when to engage the enemy and when it’s best to leave the killing to his teammates. Above we see him get a quick pick before whipping out his Transcendence to turn the tide in a team fight, and then finishing it off with another pick on Munchkin as Tracer.

The clip seen below also shows off his ability to discern whether linear projectiles or the orb volley is best for who he is fighting against, switching back and forth in his use of them to net him four kills in just a few seconds.

Don't need to heal your team if all the opponents are dead! @BdosinOW #OWL2018https://t.co/U6dIipgQGs pic.twitter.com/c05Dthu0F9

He also had some memorable moments as Zen during the Thursday match against San Fransisco Shock where London once again won a narrow 3-2. Below he not only takes out the enemy Tracer but the ulting Genji as well, no small feat for one of the squishiest characters in the game.

It’s always nice to see the player performance of support characters standing out among the rest, and it’s usually a safe bet to say Bdosin is going to do Zenyatta justice every week to hopefully help London Spitfire climb the rankings once more. 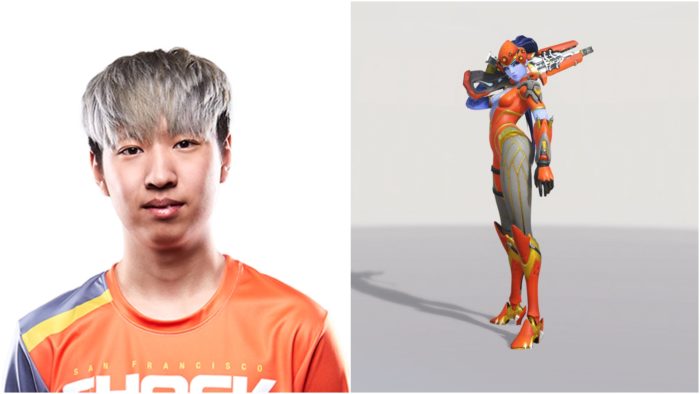 While Architect had a great week with a number of characters, he stood out the most in week two of stage four with his exceptional use of Widowmaker on both Thursday against London Spitfire and Saturday against Houston Outlaws.

Beating Houston Outlaws 4-0 last week allowed Shock to surpass them at sixth place in the standings, and Architect deserves credit for ensuring that win. In the above clip we see him get a quick 3K as he lands numerous critical hits in a row, and below on Blizzard World he gets a 4K with his venom mine netting him that final fifth at the end of his killing spree.

Although Shock lost to London earlier in the week, Architect still had some great plays like below where he showed off his tracking abilities on a blinking Tracer as he skillfully took out Profit.

No ONE CLIP for YOU today! @Shock_Architect #OWL2018

It wasn’t just Widowmaker with which Architect stood out with this week either; Architect also had some great Dragonbalde kills with Genji and long-range, mid-air shots as Pharah. 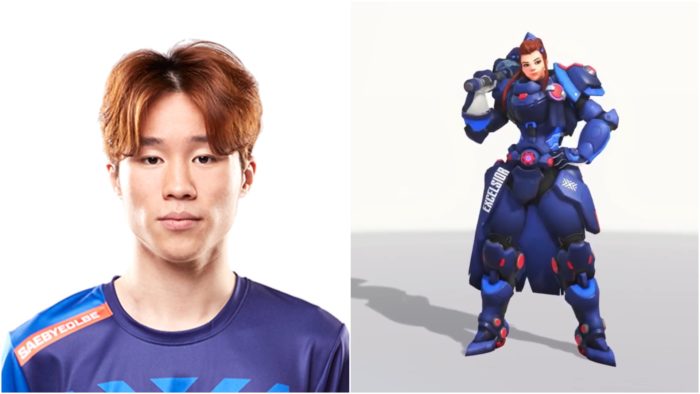 While Saebyeolbe is probably best known for his skills on Tracer, he played newest Overwatch character Brigitte very well, showing she might be a new hero for others to watch out for on the New York Excelsior team.

His positioning is incredible in the clip above, hanging off to the inside of the choke and swinging, with the enemy Orisa not even paying him any mind.

Saebyeolbe is also great at using Brigitte’s kit to work well with tanking teammates to ensuring their pushes and ults are efficient. For example, in the clip above we get to see Saebyeolbe’s point of view during a great play from Mano as Winston using his Primal Rage. Everything Saebyeolbe does in those few seconds aids Mano in finishing off the enemy team. Using Brigitte’s strong forward momentum he pushes the majority of the enemy team into the side room on Gibraltar, specifically cornering Mercy and Zenyatta in the back. By the time Mano pops his ult, all the enemy players are lined up perfectly for him to finish them off in a couple of swipes.

While we’re at it, we might as well slip in this great Widowmaker play Saebyeolbe had against Seoul Dynasty on Friday where he got the sneakiest snipe on Zenyatta, an in-air final blow on Mercy, and finished it off with a close-up assault rifle spray on Orisa to cap Point A on King’s Row. 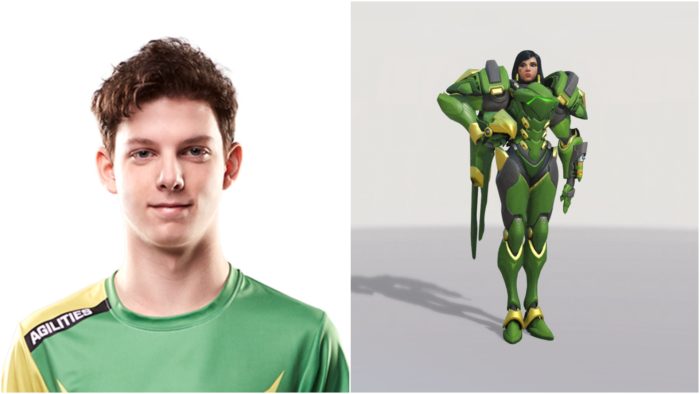 Agilities is one of, if not the best Pharah player in the league right now, and last week was no exception. His barrages were especially on-point, likely helping Valiant stay at the top of the rankings as they currently rest at third place.

One of the best plays of the week can be seen above, where Agilities syncs perfectly with teammate Space as Zarya to kill off three enemy players caught in a Grav. This sort of teamwork should never go unnoticed, as Agilities waits patiently in the enemy blind spot for the perfect time to pop out at Space’s call so Boston has no idea where the barrage is even coming from. Not only that, but Agilities then pushes even further to chase the enemy Zenyatta to finish him off and take out the Widowmaker in the process as well. This clip encapsulates exactly how Overwatch is meant to be played, communicating and working with others while pushing forward when able to in order to get picks on your own as well.

Below we see another mention worthy barrage, where Agilities boosts himself around the enemy backline for a surprise ult, getting him a 3K plus a finished off Mercy right after.

He also had some great plays as Brigitte and Hanzo this game as well, showing he is great at switching up characters in tight situations while still maintaining a high play skill across various roles. 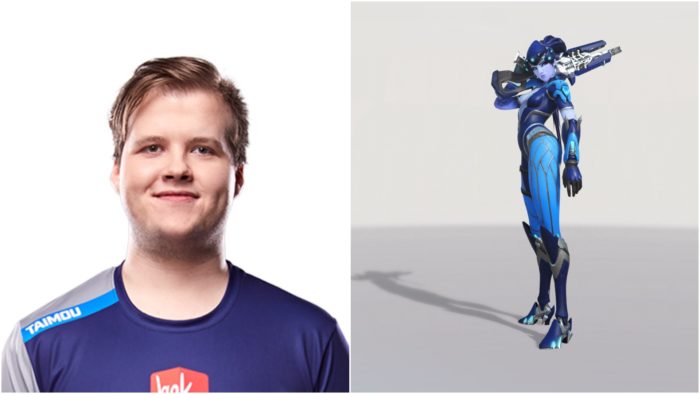 Dallas Fuel player Taimou had a great week with Widowmaker, helping his team climb to fifth place in the standings and win against both Boston Uprising on Wednesday and Philadelphia Fusion on Saturday.

Above against Boston, Taimou wins a Widow 1v1 against Striker and then shows his skills in patience as he gets a few quick shots on the enemy Zarya before waiting skillfully to pop the final headshot as soon as her bubble is up.

Later in the week against Fusion, he saves Point B of Hanamura almost single-handedly by landing three headshots in a row killing Mercy, Zenyatta, and Widow in the most satisfying fashion.

One final play to sh0w from Saturday below shows Taimou going on another headshot killing spree, taking out both Junkrat and Widow while still helping kill D.Va and pushing forward to land two body shots on Mercy as well while teammate OGE as Winston helps finish her off.

All these fantastic plays granted Taimou the shared title of player of the day with both Hydration on Wednesday and Mickie on Saturday. That sort of recognition can’t go unnoticed, and if this level of play stays consistent then Taimou may be the push Dallas needs in climbing the standings even further to finish off stage four as stage champions for $124,000 USD.

For more stellar performances in the Overwatch League, you can check out the best players from stage four week one as well.