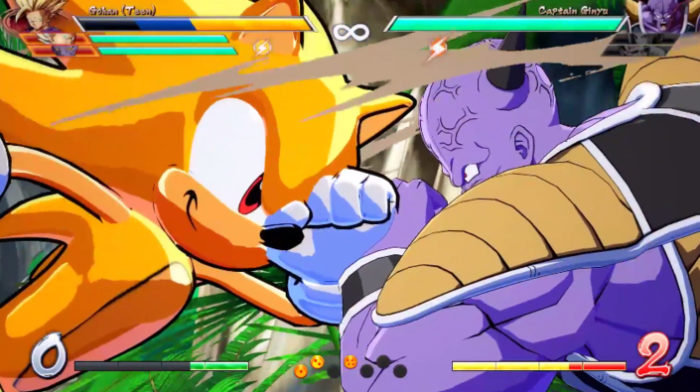 Dragon Ball FighterZ has been out for some time now, but people in the modding community are still going strong, adding in their “dream” characters, like Sonic the Hedgehog for example. In this mod, by BeatZ, Super Sonic joins the uber-powerful cast of fighters in Dragon Ball FighterZ; in the clip below via IGN, you can watch Super Sonic take on Android 18, Kid Buu, and Captain Ginyu. Watching the mod in action might make you want another Sonic fighting game, just like we do.

Seeing Sonic like this, fighting off against some of the most popular Dragon Ball characters is actually pretty rad and just makes us want to see more and more of these types of mods. Shoot, it’s actually making us want to try to create some mods of our own, we would love to see some Kingdom Hearts characters or even more Sonic characters join the party, but we would rather just sit and wait for the professional modders to give us things that we didn’t even know we wanted.