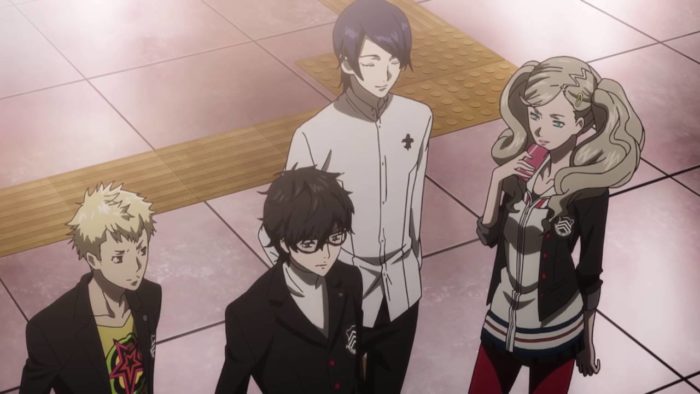 Did you miss out on playing Persona 5? Never fear, it’s getting an anime adaptation, and it’s coming even sooner than you might have guessed. Announced officially via Aniplex of America at Sakura-Con today, it’s premiering as a simulcast series on Crunchyroll and Hulu on April 7, the very same day you can watch it in Japan.

The Persona 5 anime series will be, for all intents and purposes, a condensed version of the rather long game that won over hearts everywhere when it released last year. Following protagonist Ren Amamiya (his canon name, as it were now) as he transfers to Shujin Academy and discovers the power waiting inside of him called a Persona. When he and his group of friends form the Phantom Thieves, they bite off a little more than they can chew and enter into the world of Personas to help make things at their school and in the world around them right.

This isn’t the first Persona anime adaptation, with both Persona 3 and Persona 4 being given anime treatments in the past, but this will be the first complete series following Persona 5. Previously, an OVA was streamed via Crunchyroll ahead of the game’s debut.

#NEWS: PERSONA5 the Animation will premiere April 7th on Crunchyroll and Hulu! pic.twitter.com/QsOzuhcM7m

Are you looking forward to checking out Persona 5’s anime adaptation? Let us know in the comments below!