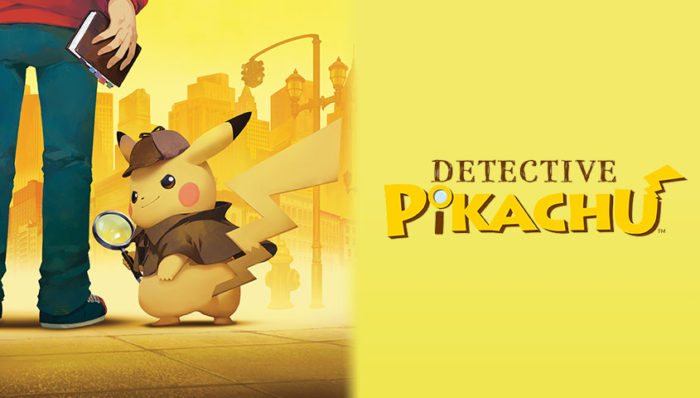 Pokemon has seen a wealth of spinoff games over its long history, with everything from the camera-focused Pokemon Snap to the mobile phenomenon Pokemon GO. One thing you don’t usually see in Pokemon spinoffs, or even the main games sometimes, is a big focus on characters and storytelling. That’s exactly what Detective Pikachu does, however, while adding in some simple puzzle gameplay. It feels very much like a Layton or Phoenix Wright game, and while it’s definitely a bit simpler than those series, the incredibly likable cast of characters keep Detective Pikachu surging forward.

Detective Pikachu is about a young man named Tim Goodman, whose detective father went to Ryme City for work. One day Tim’s father mysteriously disappears after a car accident, and after a bit of time missing, Tim goes to Ryme City to look for him. This is where Tim meets his father’s partner, Pikachu, who strangely can speak English. The catch, however, is that only Tim can understand what Detective Pikachu is saying. Together the pair set out to find what out what happened to Tim’s father, and solve a number of mysteries about Pokemon going berserk in the process.

Tim and Pikachu make an odd pair. Tim is an earnest young man who’s headstrong and always willing to help. Hilariously, Detective Pikachu fits the gruff, hardboiled detective stereotype, and that works wonders. Pikachu loves drinking black coffee, is incredibly cocky, and tries to flirt with pretty girls despite the fact that they don’t understand him.

At first, it’s a bit jarring to see a cute Pikachu act like this and speak with a gravelly voice, but ultimately Detective Pikachu’s antics are the star of the game. Seeing the gruff Pokemon get winded from trying to work out, or flail around when he’s picked up by another Pokemon is a hoot, and Pikachu’s voice actor, despite not being Danny DeVito, adds a lot to the character.

Tim and Pikachu develop an interesting relationship during the experience, and there’s a handful of other colorful characters that pop up. The writing in Detective Pikachu is surprisingly witty, and I consistently found myself laughing out loud with what was happening onscreen. There’s also a surprising amount of voice work, most of which is of good quality. The cartoony art style combined with liberal amounts of cutscenes help give Detective Pikachu a TV show kind of feel. It honestly feels like some kind of interactive Pokemon miniseries.

On that interactive gameplay end, Detective Pikachu is fairly simple. You control Tim, running around small environments scattered around Ryme City and the surrounding areas. There are nine different chapters in the game, and each chapter has a big mystery for you to solve, with a few smaller mysteries popping up in the course of your investigation. To solve these mysteries you’ll wander around the area searching for evidence that might help your investigation, talking to witnesses and gathering testimony, and solving puzzles.

As stated before, the game clearly takes inspiration from the likes of Phoenix Wright and Layton, layering a Pokemon theme on top of those elements. Most of the puzzles and mysteries have a unique Pokemon twist on them, like figuring out which Pokemon is hiding in a research center based on their traits, and what’s happening in the building.

These puzzles start out simple but get more complex over the course of the game, although they never quite reach the head-scratching complexity of a Layton game. The simpleness of everything can be a bit disappointing for a while, but the fun banter between Tim and Pikachu, and other characters keeps things lively. Additionally, each chapter does a good job of taking you to new and varied locations, while also introducing new characters to interact with.

While you’re out investigating you can view your Case Notes or Evidence List to keep track of everything, as well as tap on a Pikachu icon to bring up “Pika Prompts.” These are short animated cutscenes that flesh out Pikachu’s character even more, showing him interacting with other Pokemon or objects nearby.

You can tap this icon at any time to bring up generic Pika Prompts, or ones that are more related to things nearby you. At times the icon will flash, meaning that Pikachu has something to say pertinent to the investigation or something you just learned. The prompts really help round out the character, and they’re often hilarious.

Detective Pikachu provides an interesting take on Pokemon, a more realistic one than what we’re used to seeing. In Ryme City, Pokemon live right next to humans in everyday life, resulting in scenes like Trubbish sitting along the sides of a subway or Burmy dropping out of the trees in the park. The city feels realistic for what it would be like with humans and Pokemon coexisting.

The biggest problem with Detective Pikachu really does come with how simple its gameplay is. Most of the game poses very little challenge in terms of solving its puzzles and mysteries, and even later chapters don’t get very complex. The characters and story are fun enough, but increasing the challenge would have made Detective Pikachu an even stronger experience, and it would have been easy to ease players into an increasing challenge.

Another problem is that the gameplay doesn’t get mixed up enough either, as each chapter plays out very much the same with you gathering clues and testimony, then using that information to solve the mystery. It would have been nice to see things get broken up by more minigames or unique gameplay segments.

The quirkiness, presentation, strong voice acting, and characters help push past the simplistic gameplay and the narrative the game tells is surprisingly engaging. I had no idea what to expect from Detective Pikachu going in, but it ended up being one of the most unique Pokemon spinoffs ever. There’s a foundation here that can definitely be expanded upon, and I sincerely hope we get to see Tim and the surly, coffee-drinking Pikachu pop up again.