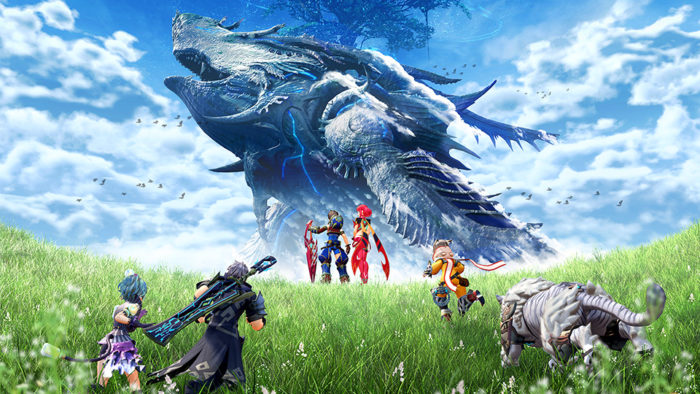 Music plays a big role in the games we play, everything from the pulse-pounding soundtrack of Devil May Cry to the softer more thoughtful experience you get in What Remains of Edith Finch. RPGs in particular have a long tradition of having exceptional soundtracks, and the first Xenoblade Chronicles was one of the all-time standouts of the genre. Xenoblade Chronicles 2 follows in that legacy admirably, with a phenomenally diverse soundtrack that shows how music can turn a good game into a great one.

Xenoblade Chronicles 2’s soundtrack was primarily composed by Yasunori Mitsuda (of Chrono Trigger fame) along with the help of a few other musicians like ACE, the Irish choral ensemble Anuna, Manami Kiyota, and Kenji Hiramatsu. This kind of collaboration between artists leads to a soundtrack that’s incredibly eclectic, and clocks in at a whopping 120 tracks. Inevitably this means that there’s a ton of variation between tracks, with everything from metal and rock down to haunting choral melodies. Just to highlight an example of this, listen to the difference between the battle theme Awakening and the song Shadows of the Lowland.

These tracks are astoundingly different, but it’s more than just having good music that sets Xenoblade Chronicles 2 apart. Tons of time and care was put into composing the soundtrack, and it truly helps give the game heart and personality that you can’t find elsewhere. Many of the songs in the game, especially town themes, contain lyrics and match the overall feeling of that area perfectly.

Going back to Shadows of the Lowland, this is possibly one of the most emotional songs in the game, and it plays while you’re in the Kingdom of Tantal. The Tantalese have completely isolated themselves from the rest of Alrest. The people starve and scrap for resources as the Tantal titan has become barren and harsh. Part of the lyrics in Shadows of the Lowland state “Will this sovereign suffering ever come to an end?” The lyrics of the song directly tie into the suffering of the Tantalese people imposed by their rulers, and their inability to change anything despite that fact.

Meanwhile, if you listen to the music for the Indoline Praetorium, it’s a much different tune. The lyrics describe how people need to come together, guardian angels keeping us safe, and the father’s wishes. Despite being a relatively short area in terms of how much you visit it, the Indoline Praetorium is absolutely one of the most memorable locations in the game, due in no small part to the gorgeous music that plays there.

Interestingly, the lyrics to these songs weren’t written by Yasunori Mitsuda but by Tetsuya Takahashi, the director of Xenoblade Chronicles 2 and founder of Monolith Soft. In an article written by Mitsuda and released by Nintendo, he talks about how he worked closely with Takahashi on the project.

“The vocal pieces, which ANÚNA sings, are all important town songs, where the lyrics are written by Taka-san himself. Perhaps you may understand the game fully once you understand the meaning of the words.”

Mitsuda and the other composers on the game were constantly in touch with Takahashi, and it sounds like this type of framework helped give the game a unified vision. Mitsuda states, “Each composer was in touch directly with Taka-san to communicate about the music they were working on. For some of the demos, I had phone calls from Taka-san, asking for my opinion on the music in question. Then we’d usually have the same thought and agree on something like, ‘Yeah, maybe that’s not right.’ When Taka-san turns down a demo, he tells the composer exactly what is required in a clear way. He does so by putting himself into the composer’s position, and choosing the words he uses wisely, which makes it easy to make any necessary amendments.”

Every location in the game has two different tracks that play, one for day and one for night. Night generally slows things down and sounds much softer, but can add some interesting variations onto tracks. For this example, listen to the upbeat version of Gormott Province during the day and how it almost fills you with the vigor to explore, versus the nighttime theme which feels much more like plodding along on your adventure rather than striking out boldly. These kinds of tonal differences in areas provide great variation to the game, and there’s a bit of excitement that creeps in as the day drags on in-game and you know the music is about to change.

Aside from environmental music, there’s quite a few different themes that are used throughout the game. Certain characters have themes that hilariously fit their personality, like the bold rock theme for Zeke or the quirky country-ish theme used for Torra and other Nopon. There’s an incredible amount of variation in the battle themes for the game as well, meaning you’re hearing brand new themes even 80 hours into Xenoblade Chronicles 2 while approaching the final area and battle. These themes can also overlap with story themes, like how Jin’s battle theme splits from the more intense boss battle themes and has a wonderful melancholic tone that perfectly matches his character.

The music of Xenoblade Chronicles 2 had an impressive amount of talent behind it, and that shines through at many points during the game. Even in a year packed with so many great soundtracks like NieR: Automata, Persona 5, and Super Mario Odyssey, Xenoblade Chronicles 2 can stand tall with the rest. It’s a shining example of how not only RPGs but video games in general can use their music to elevate the experience to something else entirely.

By Cameron WaldropDecember 1, 2021
To Top