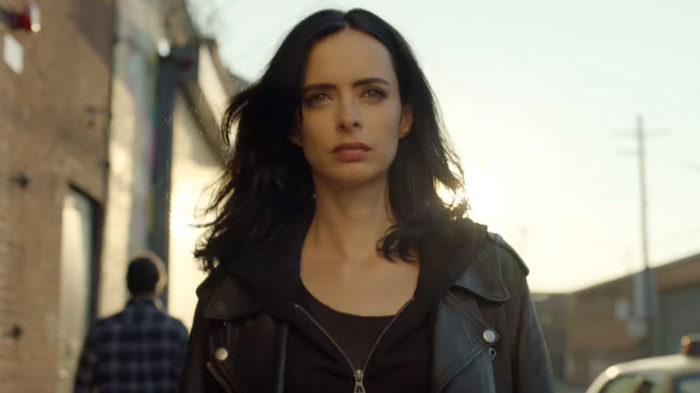 Netflix has released the first full trailer for Jessica Jones Season 2, which will be hitting the streaming service on March 8. Season 2 will have Jessica uncovering her most personal mystery, what exactly happened to her and why she has powers.

It seems like Jessica Jones isn’t the only one that received the gift of super powers, and it looks like Season 2 will revolve around this fact. The supporting cast of the first season all return, and at certain points it looks like Jessica is having trouble controlling her own anger and emotions. There’s even a bit of a brief Easter egg where a young kid asks Jessica if she known Captain America, to which she responds how you might expect.

Interestingly, the trailer ends with a bit of a stinger in a purple-lit room where Jessica says “what did they do to us?” A mysterious figure claps and the trailer ends, leaving us all to wonder who that might be, and why the liberal use of purple light? We’ll have to wait and find out in March.

Jessica Jones follows the recent release of The Punisher on Netflix, a surprisingly different but refreshing show in the series. Luke Cage Season 2 is also planned for release later this year, and Iron Fist and Daredevil both have another season currently in production.

Are you excited for another season of Jessica Jones? Which Marvel show has been your favorite so far? Let us know down in the comments.