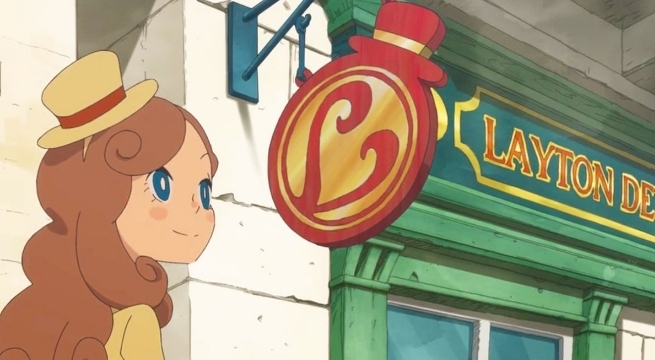 Level-5 has just released the debut trailer for the upcoming Layton Mystery Detective Agency anime series. The anime style is pretty much identical to what we’ve seen in the games, so fans of the series should be pleased with how it’s shaping up overall. You can check out the trailer for yourself down below.

The story follows the plot of Layton’s Mystery Journey, which was released for mobile devices and the Nintendo 3DS just last year. After Hershel Layton goes missing without any explanation, his daughter Katrielle is determined to find him. She sets up her very own detective agency in London, and the game features multiple cases where she helps to solve mysteries for the people in the city. The stakes get higher as the story continues, and Katrielle begins to inch closer to the truth behind her missing father.

The Layton Mystery Detective Agency anime series is set to debut on Apr. 8 in Japan, though overseas folks should be able to check it out as well on anime networks such as Crunchyroll in the future. Layton’s Mystery Journey is now available on mobile devices and 3DS.