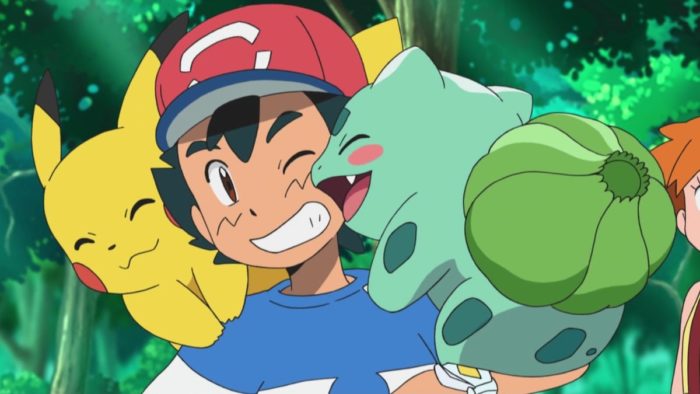 In celebration of Pokemon Day tomorrow (the anniversary day in which the franchise first released in Japan), social media application Snapchat has decided to include a filter dedicated to the first ever Pokemon introduced: Bulbasaur.

Evidenced in a Tweet posted by online publication Serebii earlier today, the filter can only be used once you face your smartphone’s inner camera and allow the app to read your beautiful visage. Provided you’ve downloaded Snapchat’s latest update, the filter should appear alongside your other usual options if you’re located in the United States.

The Bulbasaur doesn’t do a whole lot to change your appearance, as all it does is add a crown on your head and make your eyes gray, though it is neat should you open your mouth. Doing so will trigger the Pokemon to unleash its signature move, Razer Leaf, adding even more leaves atop your head. Check it out in action for yourself below, courtesy of Twitter user @Advntrbuddy01 (and be advised that the leaves do somewhat appear to come out of Bulbasaur’s butt):

The leaves come out of his butt. pic.twitter.com/H82jrVJUnF

This isn’t the first time that Nintendo and Snapchat have collaborated together to release a filter on the platform, as last August fans were treated to a surprise Pikachu filter that allowed them to look just like the electric mouse, ears and all.

It remains unclear how long the Bulbasaur filter will last, so take as many selfies as you can before time’s up.