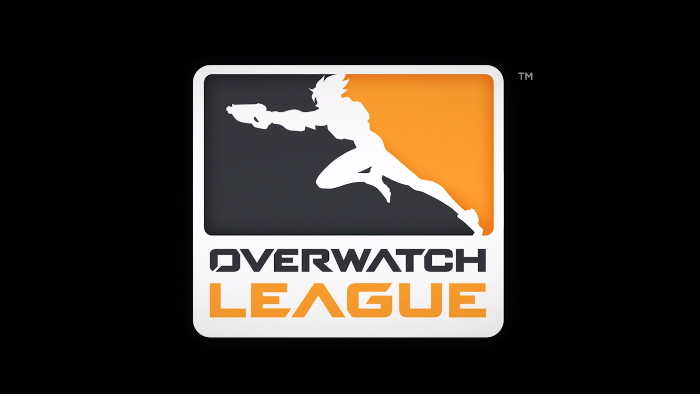 Well, well, well. Just when you thought they were going to run away with it, all three of the top teams came out of the week with a loss! But did all those results and upsets make a difference to the power rankings?

The masters have finally fallen. The loss to New York brings the Dynasty back down to Earth, or at the very least a little closer to the rest of the pack, but there’s certainly no need to go all panic stations just yet. A first loss of the season can just as easily spell danger for the rest of the competition, and how Seoul responds next week against two other teams looking to make a statement will go a long way to proving their tag as the team to beat. Meanwhile their map loss to Shanghai certainly caught everyone by surprise. Clearly they underestimated the opposition by playing their ‘second’ team, but again that could play into their hands in training up for the next few stages. They remain #1 for now, but only just.

Having lost their first match of the season to the Fusion, suddenly the supposed best team that could topple the mighty Dynasty looked anything but. Credit to the team, though, as they came out firing and pushed Seoul to the limit. They proved that they not only could hang with the best, but that they could learn from their mistakes in short time. They went into the top of the table clash having been swept aside on Lijiang Tower in overtime, and reversed the result to deal a 2-0 on the same map. That’s the kind of response you expect from a championship contender, but for now they remain second on the power rankings thanks to their own first loss of the season and a few shaky moments that nearly left the Dynasty off the hook, more than once.

The Valiant responded the best way they could by taking the battle of LA with a reverse sweep. It looked, for a brief moment, like they’d hit their peak and fallen back into the pack, but that win coupled with a hard fought victory over Florida maintains their position near the top of the rankings. They certainly deserve to be in the title conversation, their wins have been filled with some great team play and communication, plus the fight back against the Gladiators was a team unifying moment. They’re just exciting to watch, and as a young group of players they have the most to gain from these early stages.

London would love to have that weekend back. They looked sloppy at times against the Shock and just couldn’t find a way to hold off Boston. Couple that with an unusual moment in time where top player Profit found himself in hot water over a communication error, it was a week that the Spitfire would very quickly like to move on from. They’re going to have to turn it around quickly with a Dynasty out for blood after a poor week of their own, and an improving Dragons looking for an upset of their own.

Philly both showed both sides of their quality last week, pulling off a massive win over New York but struggling to get over the Dragons. They aren’t a surprise packet any more, the Fusion really can be a contender if they continue to play at the same level they’ve shown multiple times so far, but any more lapses in concentration will throw all that hard work out the window in a hurry. A date with the Valiant awaits, so they better bring their A-game again lest they fall back into the pack.

Houston continues their run of good form, but they remain mid table until they can prove that their current progress isn’t just because they’re playing against lower quality opposition. Not that their 4-0 sweep over the Gladiators wasn’t impressive, but the week ahead will give everyone a better idea as to how well they’re really playing. Like London, the Outlaws go up against a Dynasty who are licking their wounds, meaning now is as good a time as any to make a statement and finally climb into the top four.

A much better week for Boston results wise, though there’s still plenty of work left to do if they want to break into the top half of the league. Clearly they need to work on their Escort strategy, having lost in that game type multiple times to both Dallas and London in matches they were otherwise impressive in, but at the very least they’ve shown glimpses of what they can do that’s so far alluded them in the early stages of the season. If they can find a strategy that works on Escort maps, they might be able to close out some of the bigger teams ahead of them without having to force it into overtime.

After pulling off the reverse sweep last week, the Gladiators found themselves on the receiving end thanks to their LA rivals the Valiant. That one stung, especially considering the hype going into it and how strong they looked early on. But their 4-0 loss to Houston will no doubt hurt even more, especially when they’ve shown they can compete and have prior results that prove it. As it stands they find themselves on the edge of being a playoff quality team, they certainly can’t afford to put in another 4-0 loss again if they want to remain competitive.

San Francisco is slowly starting to bring it together, but like Dallas below them, there’s a lot of work still left to do. Whereas a map win over London may have been a confidence booster, clearly the Spitfire wasn’t in top form this week which negates any positives the Shock might have claimed from it, and losing to a Fuel side that is nowhere near their best would not have done them any favors either. The week ahead has the potential to make or break this first stage for them.

Dallas finally, finally got the monkey off their backs with a win over the Shock, but there’s still a ton of work to be done if they want to challenge for a playoff spot. They’re a mid-table team at best right now unless they can find that little spark that a few other teams seem to have found, but to consider them contenders for the playoffs would ignore the many issues in communication and teamwork that continues to plague their game. It might be worth making a roster change or two and bring in a fresh perspective ahead of stage two, but for stage one it should all be about saving face and finding that groove for the rest of the season.

The best thing about Florida right now is their attitude, because the results aren’t looking good but at least they have smiles on their faces as they enter the arena with plenty of humor. There’s the suggestion that a few of the players haven’t been feeling the best behind the scenes, which will no doubt have an impact on team performance when there’s only six available players, but there’s now a chance to recruit some new blood to bolster the ranks and hopefully relieve some pressure in the process.

Where once they were at rock bottom and somewhat a laughing stock, the Dragons have now proven that they deserve to be a part of the inaugural league. They showed teamwork, patience and put the opposition under pressure, three things that were completely missing in the first two weeks of the season. They may have come out of the week with two more losses, but those clear changes and some hard fought map wins against the best team in the league and a playoff contender are exactly what the Dragons needed. Whether that momentum shift will lead to a big win is entirely in their hands now, but they’re very close to finally moving up the rankings.