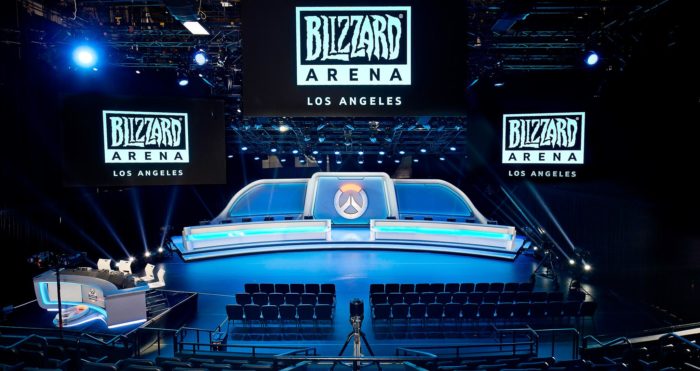 With the annual AGDQ event running at the same time, it’s extremely impressive to see the Overwatch League Twitch channel pulling in an average of 300,000 viewers throughout the entire first evening of matches. For the sake of comparison, the ‘minor league’ Overwatch Contenders season only had about 10,000 viewers on average, while the World Cup matches peaked at around 200,000 viewers. And we haven’t even taken into account the number of viewers on other channels like MLG and the official Overwatch League site yet. With such a successful debut and a whole bunch of great improvements to make this game a much more comfortable viewing experience for spectators, there is real potential for Overwatch to become one of the biggest esports in the world. And if you’ve got any interest in the game at all, or if you just want to dive into the world of competitive gaming, Overwatch League is a fantastic place to start.

Since the (now-defunct) APEX tournaments and the induction of Overwatch Contenders, Blizzard has made huge improvements to the game’s overall viewing experience and its production quality.

Right off the bat, it’s easy to see how the matches benefit from taking place in a LAN environment. Whereas Contenders was an online tournament all the way up to the semi-finals, Overwatch League matches will take place in the Blizzard Arena where all players, fans, analysts, and casters will be gathered in one central location. This is already a huge step up from the esport’s minor league counterpart just by virtue of not having to deal with dropped connections and latency issues. Even watching the matches through livestreams gives you a palpable sense of excitement because of how charged the atmosphere is.

Unlike past major tournaments and competitions, Overwatch League has done a pretty decent job with time management as well. On the first day, matches came quickly with breaks in-between that only lasted two minutes each. The action came quickly and consistently, and it looks like the League has no qualms about moving match timings up if a previous match ends early. The hotly anticipated Dallas Fuel vs. Seoul Dynasty match-up, for instance, was set to start at 11 pm, with the Dragons vs. Gladiators match-up expected to end right before then. The earlier match ended a whole half hour before the next one, and instead of making viewers wait 30 minutes for the next exciting round, the League took a quick five-minute break before starting up again. That’s a good move right there, and it certainly helps to keep viewers engaged instead of turning off the stream.

As a pleasant surprise, sponsorships and ad screening times are kept to a bare minimum, and they don’t detract from the games at all. The spectator experience itself has also improved massively since the early days of APEX and the World Cup with the introduction of team colors. While the players themselves don’t actually see the team skins and colors in their matches, the spectator mode makes it much easier for viewers to differentiate between the two teams instead of having to constantly keep track of who’s blue and who’s red for each round.

The camera work seems to have improved as well, and the POV swaps between characters at appropriate times. You’ll still occasionally get the case of missing a really big play that turns the tide of the match, but that issue is alleviated by the instant replays that kick in during downtime. Speaking of replays, it also looks like the League is making a conscious effort to play those back during times where there isn’t a major team fight going on in the round, which is, y’know, nice.

For newcomers who might not be familiar with how the game works, there is still a bit of a learning curve, and it isn’t exactly easy to follow the action on screen because there are always so many things happening at once. But, as mentioned before, replays do help, and the casters do a fair job of explaining the plays as the game progresses.

The best part of the Overwatch League so far, though, has to be the official preview show that airs before the week’s matches actually begin. Hosted by Chris Puckett and the crew of analysts, Watchpoint is a substantial 30-minute preview show that gets in all the analyst predictions for upcoming matches, as well as breakdowns of major teams and their strengths and weaknesses. The Watchpoint debut episode also included an exclusive inside look at the headquarters and working life of the Los Angeles Valiant, which is a great way of introducing the team to newer viewers or those who might not be familiar with them.

Production quality for Watchpoint is top-notch as well, and the overall presentation of these preview shows, analytical discussions, and the matches themselves lends the Overwatch League a true sense of prestige. Being the first video game or esport to have its own major league tournament is a huge deal for the game, and from what we’ve seen during the first night, this is going to be an exciting first season. Whether you’re a diehard fan of Overwatch or not, this represents a huge step forward for the esports scene. And with such an explosive debut and the amount of potential it has to expand even further, the Overwatch League is definitely going to be talked about for a long time to come.