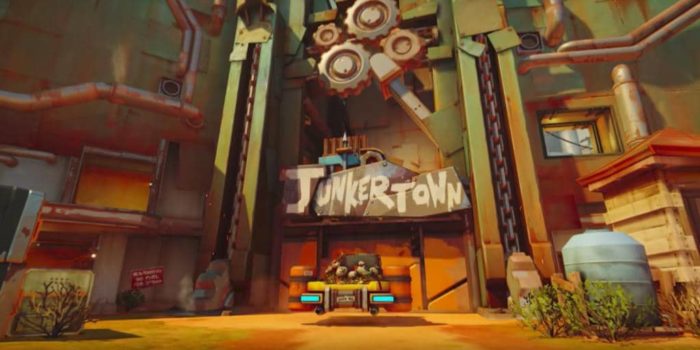 The first week of Overwatch League kicked off with a bang. There were upsets, there were close matches, and we got to see the game being played at a much higher level than we’re typically used to. The entire week’s worth of matches also seemed to be dominated by two particular maps: Junkertown and Horizon Lunar Colony. And viewers are already getting a little bored of them.

The Overwatch League regular season is broken into four stages, with about six weeks worth of matches in each stage. Every stage has a series of pre-selected maps, meaning that every team will be playing on the same eight maps for six weeks. For this first stage, the pre-selected maps are as follows: Junkertown/Dorado, Horizon Lunar Colony/Anubis, Oasis/Ilios, and Numbani/Eichenwalde. While most fans don’t seem to have much of a problem with the control and hybrid maps, Junkertown and Horizon, in particular, seem to be taking a real toll on the community.

One of the biggest issues as far as viewers are concerned right now is the repetition of both these maps. Through the first week of the League, these two maps have been played the most. Junkertown was played seven times, while Dorado was only played five times. The matter is exacerbated by the fact that Junkertown saw more rounds of play than Dorado, with teams completing the map several times, forcing tiebreaker rounds, and extending the match time to almost an hour in the most extreme situations. Things are a little more even on the side of the assault maps, where both Horizon Lunar Colony and Anubis were played six times each. However, compared to Anubis and the other assault maps available in the game, Horizon is generally regarded as one of the bottom rung maps, which perhaps also explains why the situation is ruffling feathers among the audience. The fact that assault matches are lasting longer than usual certainly hasn’t helped.

Having said that, there is a good reason why this pre-selected map rule is being enforced in Overwatch League. By having every team participating in the same eight maps over the course of six weeks, everyone will be competing on even ground. At the end of the first stage, we’ll then get a better sense of how each team stacks up against each other, with the win-loss ratios and map wins becoming much more reliable indicators of how well they can perform on specific maps.

More importantly, having the League teams play the same maps also encourages an evolution of strategy. As much as we love to hate on Junkertown, there’s no doubt that the ‘meta’ composition for that map is starting to see a shift. While Junkertown used to be dominated by the ‘pirate ship’ strategy where teams would use Bastion and Orisa to set up on the payload, teams are already coming up with new tricks to get around that tactic, and forcing the attackers to find new ways to push the payload through the first two points. For instance, the double sniper composition is starting to get a bit more dominant in the League, and no one can say it’s no fun to watch pro players duke it out in intense sniper duels.

We’ve seen other Junkertown surprises like a quad and triple tank setup on the side of Seoul Dynasty on defense, as well as a Reaper pick during their attacking round. Mei has also shown up on several occasions, and not just as a stalling tactic. The competitive meta is in a much better place now than it was just a couple of months ago. It feels like teams have the freedom to experiment with the majority of the hero roster without feeling like they’d be crippling themselves. Well, with the exception of Symmetra. She’s just never going to be viable. Sorry, Sym mains. Still, the flexibility of the current meta lends itself well to more varied and exciting matches overall, even on a tired map like Junkertown.

So, yes. Map fatigue is very real as far as viewers are concerned. But the thing is, there’s no perfect solution for a problem like this. The pick and ban system from Contenders would probably result in most teams choosing Volskaya Industries or Watchpoint Gibraltar for all assault and escort maps, and we wouldn’t see any variation in that either. The Overwatch League’s method is the fairest way of ensuring that everyone competes on an even footing, and it’ll all be worth it in the long run, when we get to see detailed stats of how each team performed on each map.