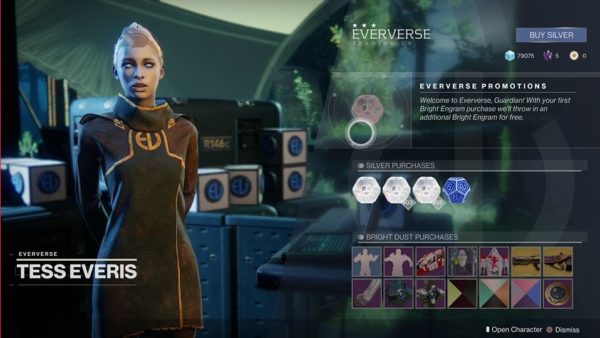 While it can be argued that there are bigger, more fundamental issues with Destiny 2 right now, the most talked about problem is that of the prevalence of microtransactions. Eververse’s presence in Destiny 2 is way more pervasive than it was in Destiny 1. Previously a place made up mostly of silly cosmetic emotes to make some extra bucks for Bungie/Activision, Eververse has grown to a shop that locks away legitimately good armor pieces, and is now holding events like The Dawning hostage by hiding away most of the rewards behind a paywall. It was incredibly disheartening for me, a player that was looking forward to grinding out some hours to get that sexy new Dawning armor to find out that it would almost be impossible without whipping out the credit card. The Curse of Osiris expansion was an opportunity to set this issue that was teetering on the line of controversy straight, but if anything, it threw more fuel onto the fire and Eververse is being scrutinized more than it ever has before.

Not all is lost on this front though, assuming Bungie is interested in fixing the problem. The first step is to pledge that the Eververse going forward is going to remain cosmetic. It’s safe to say at this point that the ol’ litmus test on whether fans would tolerate armor being in Eververse has failed, and it’s time to change direction before it does irreparable damage to the franchise if it hasn’t done so already.

Going back and releasing everything that’s already there would only infuriate people who have spent money rolling to get them; instead, Bungie should close out this dark chapter with a big clearance sale on old items. Throw ’em all into the store for a week or two, get rid of them for a much lower Bright Dust cost, and then start anew with a more palatable/acceptable Eververse similar to what was seen in Destiny 1.

The existence of microtransactions at all in Destiny 2 is going to turn some fans off no matter what, even if it’s done in a more fair way like suggested above. However, this article is about realistic solutions and it’s extremely unlikely that Bungie is going to completely pull the plug on Eververse at least for Destiny 2. So a compromise, then, would be the next best option. 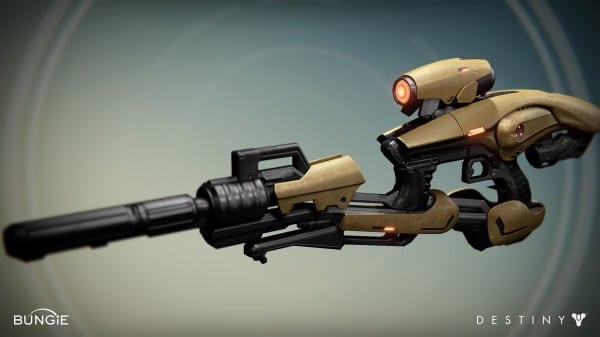 As weird as it sounds to casual or non-fans of the genre, there just isn’t enough grind in Destiny 2. Whereas Destiny 1 was too reliant on luck, Bungie swung the pendulum way too far in the other direction where now I have a pile of stuff that I don’t care about because I already have the gear that I really want. Legendary and exotic engrams just aren’t that exciting anymore because of this. There’s just not enough big carrots on the stick to motivate players to stick around. Yes, yes, you can play for fun of course, Destiny 2 is plenty fun. But there are lots of other fun games out there to play this time of year. What kept me, and probably other MMO or grind-loving players to stick around throughout the entire life of Destiny 1 was that there was always something worth working towards. While Destiny 2 was incredibly exciting at first with how generously it showers you with loot, now (and it’s weird to say I’ll admit) I actually long for the crappy drop rates and the crossing of fingers on a Vex Mythoclast drop at least in comparison to the system now.

To their credit, Bungie took a step in the right direction with Lost Prophecies in Curse of Osiris. Something that takes effort, revitalizes older content, and doles out a guaranteed reward. However, while the structure is sound, the rewards are kind of meh. A lot of the weapons aren’t that great and even the ones that are, are just legendary weapons at the end of the day. Players have literally tens and hundreds of them.

Instead Destiny 2 could desperately use a 1-2 punch of rare exciting drops, plus powerful weapons that players can work toward. The two raid content events, Eater of Worlds and Leviathan, are tired at this point. The Raid Lair didn’t really add much in terms of rewards that didn’t exist already. Throw both of them a bone, (or at least the Raid Lair), and give players something super rare, exciting, powerful, and totally random to pull for via a raid boss drop. Sure it’s frustrating when it doesn’t drop, but it gives replaying the raid a bazillion times an added edge of excitement.

However, that should be coupled with something that can be controlled by players. I come from a Final Fantasy MMO background so an equivalent for those familiar could be that of relic equipment: a weapon or armor piece that is a serious time sink in terms of grinding, but is worth the effort, adding game changing benefits for the player that put the work into it.

Of course, the major roadblock for all of this is that Bungie remains adamant that weapons be the same across PvP and PvE. So adding something awesome and fun to use in PvE threatens to break the already very tenuous balance in the Crucible. That is a problem worthy of its own article, and we’ll get into that another day…

Major Problem #3: Collecting Exotics Isn’t Fun When Most of Them Are Pointless 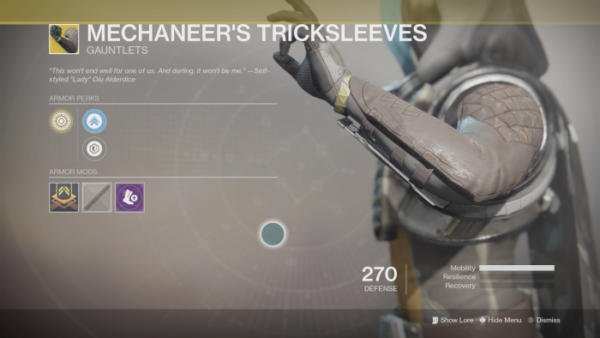 There’s so much really awesome exotic equipment in Destiny 2 worthy of its bright yellow coloring. However, the system suffers from the problem that ails legendary equipment. It’s not nearly as difficult to get exotics in Destiny 2 via new fast farming methods, and Xur who gives them away for a nominal amount of legendary shards. Making it far easier to get exactly what you want, makes situational equipment, like Mechaneer’s Tricksleeves, go generally unused by most players.

You know what would make the more niche, and situational exotics a lot more fun? If we could actually switch to them in the heat of the moment. As Destiny 2 grows, there’s going to be a ton of new gear thrown onto the pile, and I bet that most of them are going to collect dust in your vault. Most PC MMORPG games utilize macros or other commands to allow you to quickly swap between gear, usually while out of combat. In Destiny 2 you need to enter the pause menu and  swap each piece on and off – very cumbersome, as players all know. You can do it while in combat, but anything that’s even remotely difficult or chaotic, like the new Raid Lair, won’t give you the opportunity to safely pull it off.

Destiny 2 should go the route of Final Fantasy XI, one of the few MMO-like games that let you swap gear any time that you want with just the press of a button. Even having something small like having four gear sets mapped to your controller could make a huge difference and open the door to WAY more equipment diversity than what is currently in the game, and solving the problem of having a horde of pointless exotics clogging up space in your vault. For example, as a Sunbreaker, I almost never take off my Hallowfire Heart because it’s so damn useful while it’s working. But, if I could quickly gear swap without screwing over my team, I’d love to be able to hot swap something else. Defenders might want to have the Helm of Saint-14 macro’d and ready to roll when they decide to use Ward of Dawn, but keep Actium War Rig on otherwise. Seeing exotics work together like this would be quite fun, and give some niche equipment a new lease on life.

And since Bungie insists on having PvE and PvP 1:1 the same in terms of balance, there could be a five second no shooting/ability penalty. That way it’s still quicker than going to the pause menu and players can still run around, stick with the team and protect themselves easier, but it wouldn’t break anything balance wise.

What do you think of our suggestions? Have your own? Let us know.