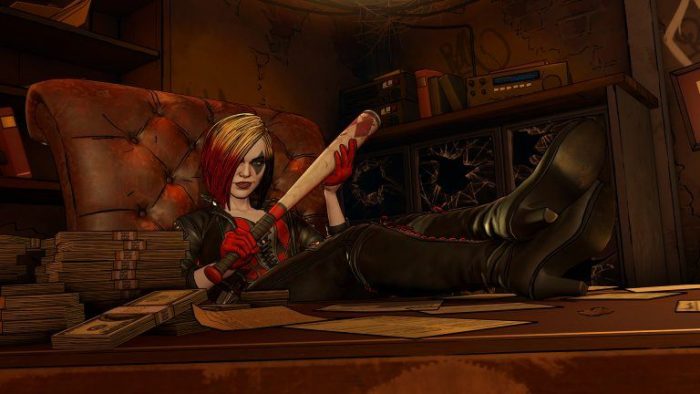 If there’s one super villain who’s picked up a lot of attention over the recent years, it’s Harley Quinn. This crazed clown has gone through her fair share of changes in all forms of media – be it comics, TV, movies, and even video games. She who started out as a simple sidekick became a popular pop icon, especially after the release of the hit-or-miss Suicide Squad film.

While her attachment to the psychotic Joker is still a big plot point, many writers are slowly drifting away from her love sick days and are transforming her into a capable character who actually houses a pretty big heart. Case in point: Injustice 2, where Batman even offered her a position as an official Justice League member during her personal ending.

In spite of this, there have also been some pretty dark renditions of the character who still embraces her psychotic outlook on life. There’s no denying that Harley Quinn is a force to be reckoned with – possibly even smarter and more cunning than her ex-boyfriend. It seems like this version of Harley could be what the Batman: The Enemy Within devs are going for, judging by the recently released image. From what we can see, Harley Quinn means business as she’s slouched in her chair while holding her signature blood-stained bat. One look alone and it’s obvious that this isn’t the Quinn that would fall for the Joker’s petty mind games. There’s nothing funny about her new threads and she definitely looks dressed to kill.

While we still know very little about what this Harley Quinn wants, or what she even has planned, Batman: The Enemy Within has done a good job of making their own renditions of fan-favorite DC characters. Take John Doe, who we’re pretty sure is the Joker. Similarly, the developers seem to be crafting a different interpretation of the clown princess of crime while trying to stay true to her overall character. What’s interesting here will be the dynamic between her and John Doe as Harley Quinn looks far from her typical pin-up girl look.

Going by the recent trends to her character, there’s a big chance we’ll see Harley in charge this time around. Like with most criminals in Gotham, she might have already founded her own criminal organization or business all on her own. I say criminal because this rendition of the character looks extremely dark as compared to her other whimsical interpretations like in Injustice 2, Suicide Squad, and the newly released Batman and Harley Quinn movie. She might have her own set of underlings who do the dirty work for her, but knowing her lust for blood, she isn’t afraid to get down and dirty when she needs to. From the brief mentions we have from her in the game, it’s obvious that she’s not afraid to bark out orders and punish those who don’t obey her. 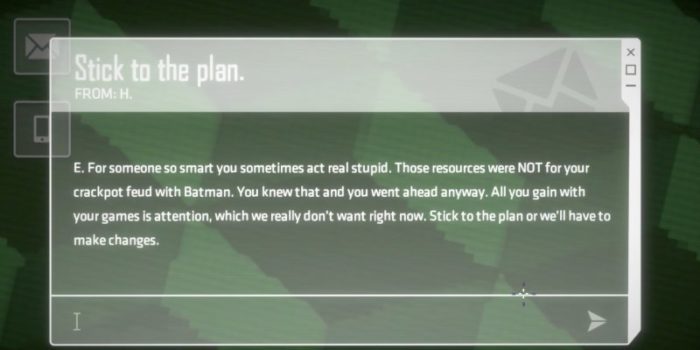 Another thing worth bringing up is that Amanda Waller described Quinn as someone who is “very elusive” and likes to stay out of unnecessary trouble. This alone is actually a major change from her typical loud-and-proud attitude who loves to find and cause trouble wherever she goes. If we’re going by her description, she’s definitely playing it smart and probably even knows the ins and outs of Gotham, hence why she’d make a perfect crime lord.

Now, if we’re going to take both points in consideration, it’s almost as if Harley Quinn has stepped into the shoes of her psychotic lover. While the Joker might have been loud and dramatic with his plans, he mostly knew what he was getting himself into and always had a fail proof plan to back him up. This particular trait seems to have been passed down to Harley Quinn, who seems to be showing off more of her smarts than her body in Batman: The Enemy Within.

If she and John Doe keep their twisted relationship like in the comics, there’s a good chance that Quinn’s the dominant one this time around. It would be pretty interesting to see the tables turned as it’s almost always Harley who’s been risking her neck for the Joker. While it’s a stretch, maybe John Doe would even think of his own nickname for Quinn… like “Missus Q,” or maybe something a little less corny. 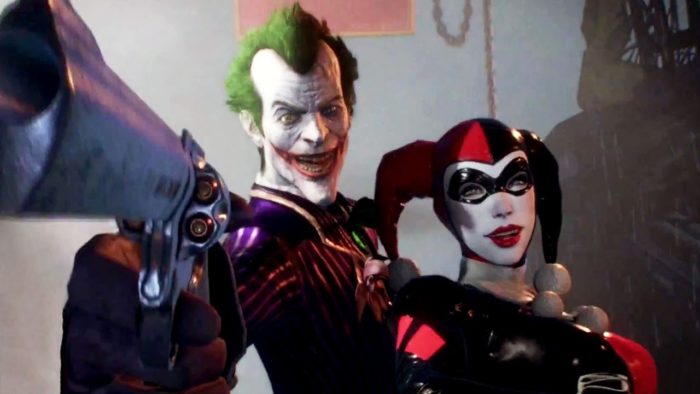 Differences aside, Harley should keep her sense of humor as it’s part of her charm. While she might be a bit more serious this time around, she might make a few blunders here or there. Then again, Batman: The Enemy Within might just make her a wisecrack who enjoys black comedy instead. There’s a bigger chance that the developers would go for the latter, but they might surprise us with something else entirely.

Whatever the case, Harley Quinn could pose a major threat to Batman once she finally makes her grand debut. If anything, Harley’s main essence is her unpredictability as you never know just what’s going on in that crazy head of hers. With that being said, she’ll manage to find a way to surprise the players, one way or another. Harley Quinn will be in the second episode of Batman: The Enemy Within titled “The Pact” which is slated to release on September 26 for the PC, PS4, Xbox One, iOS, and Android.