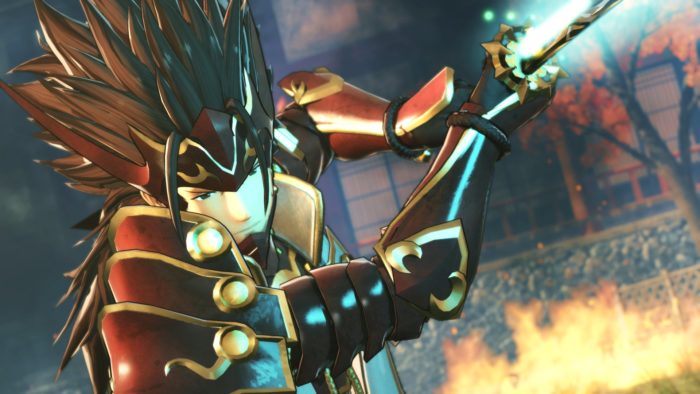 Hyrule Warriors was certainly a surprise for everyone, but Zelda turned out to be a good fit for the Warriors formula, filled with colorful characters and absurd action. Fire Emblem, while a tactical RPG series, also has certain elements that lend itself to a Warriors game, and after getting some hands-on time with the game at E3 2017 it’s immediately evident that this is the most over-the-top Warriors game yet.

Our demo dropped us right into the thick of battle, and literally within seconds I had already pulled off a flashy combo that took out nearly 50 enemies at once. I noticed right off the bat that the combos in Fire Emblem Warriors feel like souped-up versions of other games, having your characters dart around the screen, leap into the air, and unleash giant waves of energy that crash into enemies.

You can tell that Koei Tecmo wanted to make these attacks as flashy and ridiculous as possible, and they’ve certainly achieved it. The title moves at a blazingly fast speed even for a Warriors game, but it certainly makes you feel empowered. The special attack gauge fills up quickly, allowing you to launch a massive critical attack against nearby enemies that’s pulled off with a little visual flair ripped out of Fire Emblem games.

There’s a certain kind of flow to Fire Emblem Warriors that feels very satisfying, you can get into a rhythm very easily, unleashing combo after combo. At the same time, the A button makes you do a quick dodge that jumps your character to the side instantly. By combining the dodge with combos Fire Emblem Warriors almost takes on a hint of a fighting game feel, especially when you’re facing down enemy generals or commanders. You need to pay attention to the timing of enemies, and find the rhythm to dodge around and open them up to an attack.

Certain classic Fire Emblem elements come into the game to make it more familiar for fans, and they only help to up the ante. You can command units on the battlefield to complete certain objectives, which is helpful considering how massive these battlefields can be. The link system from Fire Emblem Awakening and Fates is also featured, and works almost the same way. When an allied character is nearby, you can use a button prompt to link up with them, significantly boosting your attack power and opening up a set of new combos and special moves that are even more devastating.

Two other elements make you stay on your toes and have you constantly considering what would work best while you blaze through the battle. The classic weapon triangle of Fire Emblem does make it into the game, while the three character party of games like Warriors Orochi are present, as well. These two elements combined with the speed of gameplay, mean you’ll constantly be taking action.

The weapon triangle advantages aren’t quite as drastic as core Fire Emblem games, but they still can give you an advantage when surrounded by multiple enemy commanders of different weapon types. Because of this, you’ll want to keep in mind the different weapons and types of your party, and switch between them on the go to adapt to the situation.

Within around 10 minutes of our demo time I had already gotten nearly 1,000 KOs. I’ve played more than a few Warriors games over the years, but the speed and tactical elements in Fire Emblem Warriors gives it an exciting pace and unique feeling. Of course, the fact remains that this is a Warriors game, and if you absolutely don’t care for the series’ core experience, Fire Emblem Warriors may not be enough to persuade you.

If you do enjoy the massive battles and ridiculous combos of Koei Tecmo’s games, however, you should definitely be keeping an eye on Fire Emblem Warriors.