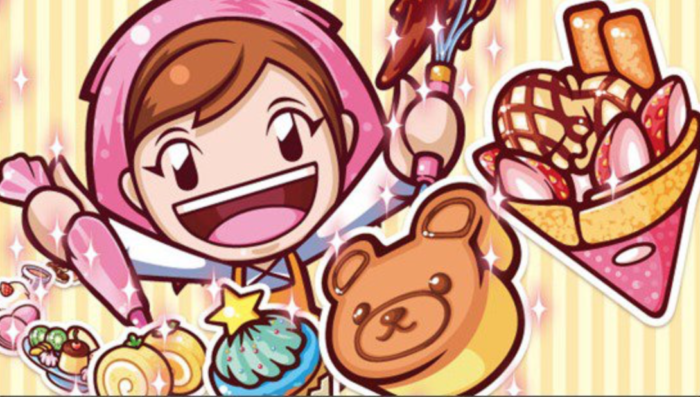 For any newcomers to the Cooking Mama series, the game may look like Office Create’s version of Diner Dash at first glance. After a few hours playing Cooking Mama, however, you’ll probably find yourself desperately wishing it was. Unfortunately, most restaurant simulators available on your cellphone will likely come with more challenges, entertainment value and purpose than Cooking Mama: Sweet Shop.

Cooking Mama: Sweet Shop was originally released in Japan back in 2014 and now,  after more than two years, it’s making its way over to the States. The latest addition to the Cooking Mama series is essentially a string of cooking-related mini games that take you through the steps of creating your own yummy pastries. Once you successfully make your way through each mini game that recreates a part of the baking process, you put your sweet treats on display in your store. Before you know it, customers will be prancing into your shop with hopes of satisfying their sweet tooth or just to get some extra cardio in for the day as they walk around aimlessly. If they decide to buy something, however, you’ll be rewarded with in-game currency that is used to purchase new decorations for the shop, outfits for Mama, kitchen tools and different stickers and frames you can use when taking pictures of your baked goods. 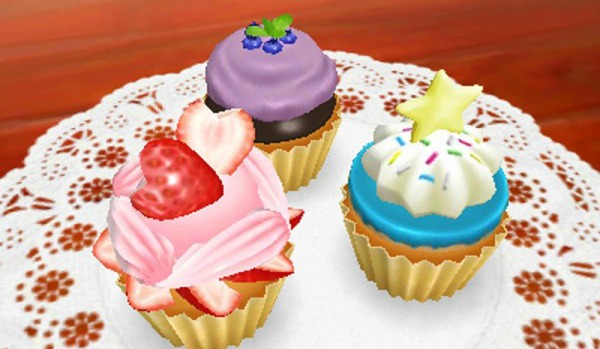 That is essentially the entirety of the game and its very first problem. There is no real sense of purpose. At the end of each mini game you are rewarded with a medal based on how well you did and once you finish the series of mini games associated with one particular dish, you will get yet another medal and an overall score. That, outside of new decorations and stickers, serves as your main source of motivation to keep moving forward with new recipes. So after making your way through what is probably the most lackluster game of Simone Says you’ll ever experience, your only reward for doing a good job is just the knowledge that you did a good job. Whether you burn the cake or come out with a golden masterpiece doesn’t really matter here. It’ll end up looking like the same product in the end and customers will still be eager to grab a slice from your shop.

But even a lack of purpose and motivation can be forgivable in the event the game is just simply fun. Cooking Mama, however, misses the mark yet again. The series of mini games don’t feel like games at all. Instead, they feel far more like Nintendo 3DS tutorials for a young child who needs help learning how to use the handheld console’s stylus. Instructions for each game are essentially the same but just packaged in a slightly different way. Every game will be a test of swiping, tapping and swirling your stylus across your 3DS screen whenever you’re told to do so. There will even be arrow indicators available to make sure you don’t forget any of the over simplified instructions, ultimately removing the final bit of challenge that could have potentially existed in the entire game. Forcing players to rely on memory for each step after making a certain dish at least once is a small tweak that could help Cooking Mama seem a little more appealing to an adult palette rather than coming across as a bland snack that might be able to distract a rambunctious child at best.

The only thing the game seems to have going for it is the fact that it’s pretty adorable. Your virtual assistant, Mama, is always cheerfully encouraging you and ready to forgive you when you mess up in the kitchen. In fact, some of the flustered faces she makes after getting splashed in the face with cake mix or melted butter are so cute that it kind of encourages you to do it again. It turns out that a disappointed Mama is far more enjoyable than a proud Mama. No, seriously. The one major detractor that even starts to chisel away at the game’s cuteness factor is the fact that Mama’s voice lines are the only things more repetitive than the gameplay itself. Her words of encouragement are uplifting for the first 15 times. After that, the effect wears off and Mama’s voice starts to tiptoe closer and closer to being nails on a chalkboard. The good news is, Mama and my beautifully decorated treats regained all their cuteness back once I turned the volume down. 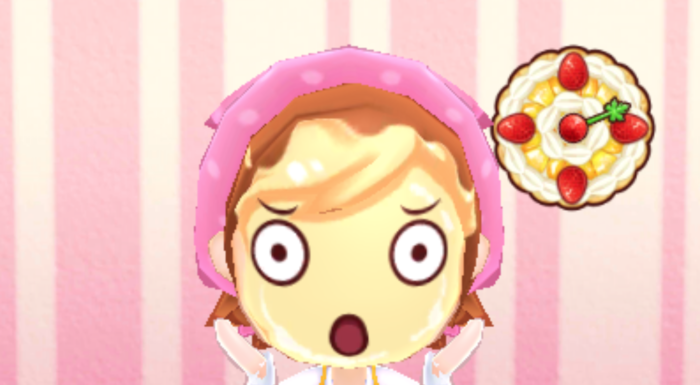 For all that Cooking Mama: Sweet Shop seems to be lacking, there is one element that can make the game a little more enjoyable. Mama’s kitchen simply isn’t exciting enough to keep you entertained alone but competing against friends helps break up some of the monotony—even if only for a little while. While the competition certainly won’t feel as intense as a good episode of Cupcake Wars, it still adds a social element to the game that’s nice to have. Just imagine what it would be like to trash talk friends over how well you made a virtual bread pudding. That alone might be worthy of a few good chuckles.

Cooking Mama: Sweet Shop simply adds another title to the Cooking Mama formula without really making an effort to improve on an already rather lackluster series. The gameplay involves little more than simply swiping and tapping as you’re told and how well you manage to do that has no actual impact on your experience within the game. I served up quite a few burnt crepes just to see what would happen and it turned out that my customers were still satisfied no matter what. While decorating your shop and swapping out Mama’s outfits can be fun for a little while, there simply isn’t much sustainable entertainment to be had here. It’s pretty surprising that with a price tag as low as $30, Cooking Mama still doesn’t seem like its giving consumers their money’s worth. As much as I hate to say this to Mama’s adorable and easily excitable face, there just doesn’t seem to be many redeemable qualities to Cooking Mama: Sweet Shop. That is, unless you just need a simple distraction for a rowdy toddler.