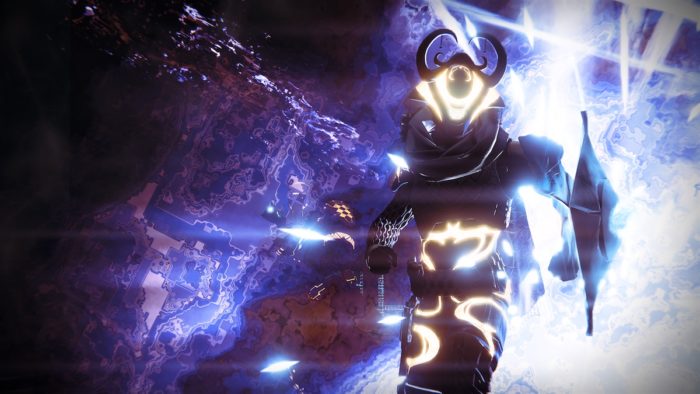 Destiny has always been a title full of tremendous highs and frustrating low across its nearly three year history. After releasing to rather average reviews, Destiny endured a plethora of changes to both its PvE (Player vs Environment) and PvP (Player vs Player) modes. Many of these received mixed reactions from the community as the title usually suffered from a rather hefty set of balancing issues. This is primarily thanks to the numerous weapons and abilities each of the three classes could wield. Yet, this didn’t stop players from fighting back the hordes of aliens as Destiny saw four successful expansions that both expanded the lore and arsenal of the userbase.

Now with Destiny 2 on the horizon, Bungie took to their official page to break the news about how characters would progress going forward into the sequel. It turns out that players will not have their gear, level, or resources transferred over into the next installment regardless of how many hours they’ve put into the game. In their post, Bungie explained their reasoning behind this stating that “Sequels represent the start of a new adventure for every player, with new worlds to explore, new stories to tell, new powers to acquire, new loot to earn, and much more.”

However, they elaborated on this concept and explained later on in their statement that some things will be carried over into Destiny 2. “We know that, just like us, you have grown fond of the Guardians you’ve created, so we do plan to preserve your character personalization. We are going to recognize the dedication and passion you’ve shown for this world. Specifically, the class, race, gender, face, hair, and marking selections for all characters that have achieved Level 20 and completed the Black Garden story mission will carry forward.”

It’s no secret that the Destiny community is one of the most passionate out there, so for those to hear that all of the gear, loot, and outfits they’ve earned will not be transferring over was a bit jarring. Yet, it makes sense in context of both the gameplay and balancing the mechanics. Given a lot of the playerbase have incredibly powerful loot, bringing that over to what is essentially a fresh start would either force Bungie to make the game extremely hard or disable players from experiencing the campaign with a transferred character. Being able to bring over high-level characters forces the developers to ask the question if half of the users are coming in at max light level should the game be tuned for them or new players?

The RPG genre is meant to gradually increase your skill over time to both give the user a sense of power and offer a satisfying progression. Having that sense of progression removed from Destiny 2 would rob players from having a reason to return since they would be already at a rather high level. On the flip side, if the enemies were scaled to accommodate transferred characters it could easily make new players wary of joining given the sheer difficulty spike. It’s a duality that can never truly work in the context of the actual structure of the game itself.

There’s also the issue of balance in terms of weapons and armor, which has been a big problem of the original game for years. Given that every piece of gear has a different set of attributes, trying to make all of this feel fair in the next installment is a monumental task. Destiny is a game that is in constant flux, as many different weapon archetypes rise and fall to prominence with simple tweaks to their range, ammo capacity, and handling. Trying to construct enemies, engagements, and missions that cannot be exploited by a mechanic in the original game would just be another issue that Bungie would have to worry about.

This is not even addressing how the various sub-classes and exotic weapons would affect the competitive multiplayer side of Destiny 2. Giving everyone a clean slate and a fresh start is the best way to make sure that this sequel is both fair and fun for everyone involved. Yet, the idea of being able to transfer your character’s looks is a smart compromise as many players, myself included, have dumped hundreds of hours into the original title.

One of main narrative ideas in Destiny is your Guardian becoming a legend and by the end of the Rise of Iron campaign you have done just that. Having the look of your Hunter, Warlock, or Titan come to Destiny 2 offers that meaningful sense of continuation that a sequel like this needs. It allows players to feel as if they are taking part in another chapter of a grand story without compromising the gameplay itself. However, Bungie will need to give a proper explanation in terms of a story.

Destiny 2 marks a new beginning for both Bungie and the community to experience new worlds, enemies, and gear together. Even though leaving all of our hard work behind will be tough, it’s the best way to ensure that this sequel has the best chance at succeeding. There’s a lot riding on this sequel, as the original game was plagued with problems during development. Giving Bungie a clean slate will allow them to truly focus and enhance everything the community loves about this soon to be series. After all, who really wants to have the Universal Remote brought over into the second game?