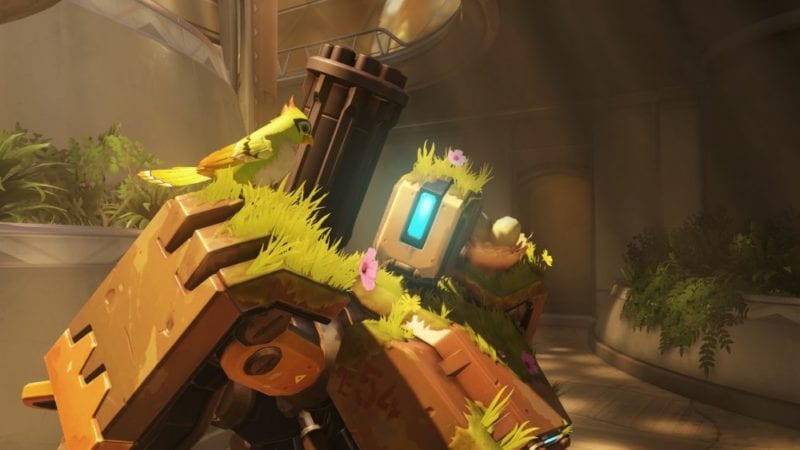 Overwatch has always been a game about the ebb and flow between the ever growing roster of unique and powerful heroes. Due to the highly competitive nature of the game, Blizzard has had to step in and make constant adjustments to various characters to ensure that they are either not too weak or not too powerful. This is a constant balancing act, as the developer has to constantly spin multiple plates to ensure that every user has a fair and fun time regardless of their skill level.

Enter Bastion, arguably the first source of hate by many of the community members due to his originally perceived overpowered design. The main focus was in this robot’s Sentry Mode, which allowed him to become the highest DPS character in the game and virtually shred apart any hero that got close. However, over time the community realized how to counter him, making Bastion fairly balanced in terms of his actual effectiveness in battle. While he wasn’t spotted in the higher ranked matches, Bastion has always been a dominant force for those in the lower ranks. This, we fear, may only be enhanced thanks to his rather major defensive buff via the latest patch.

While being able to heal on the move was a much-needed addition, as well as his Recon Mode’s clip size being increased from 20 to 25, it’s his new passive that’s truly frightening. Titled Ironclad, this ability gives Bastion a 35% damage resistance increase when he’s in his Sentry configuration. This makes him far more durable than he was before, especially when this is coupled with his ability to self-heal. However, in order to understand the extent of what this means, we went into the Twinfinite labs to test him against every Overwatch hero’s base attacks and ultimates to see what can actually kill him. Unless noted, all of these tests were done with Bastion in his Sentry Mode, without healing or any kind of boost to his resistance via Ana or mechanics in the game changed. All attacks here are direct hits to Bastion’s front, and we did not factor in critical hits since it’s unlikely in a straight fight for you to hit that point.

Without further ado, here is what it takes to kill Bastion:

Now it’s important to remember that this is without someone like Mercy, Ana, or Zenyatta healing him through a lot of this damage. While some of it may seem fine, there are a few Overwatch characters that feel to just too ineffective against Bastion. One of these is McCree who not only needs to land all six shots, but reload and hit him again all without Bastion healing. This is pretty much makes him completely ineffective at killing Bastion, who is not defined within the tank archetype.

This 35% increase feels a bit excessive, however he does need some sort of resistance to help his survivability on the battlefield. Scaling this back to 25% damage reduction will allow him to fall in line with the other heroes. From our tests, we determined Roadhog, Junkrat, and Reaper to be the best straight counters to Bastion. Roadhog’s ability to pull him from Sentry Configuration and nullify his buff makes him a valuable counter that we are sure to see in the coming competitive season.

While it’s too soon to call whether Bastion will take over the Overwatch meta, his impact will most definetly be felt.