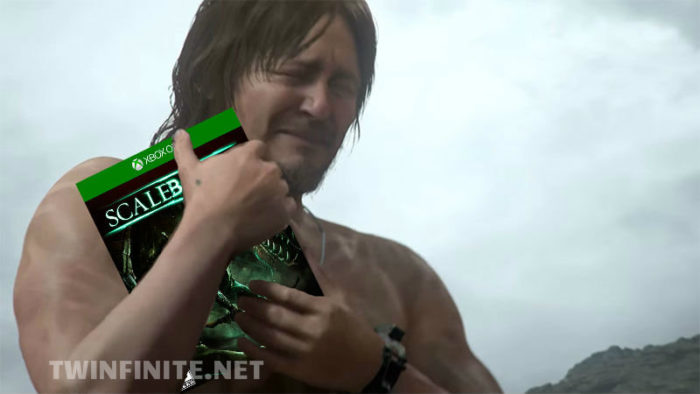 As a player, there’s little worse than the cancellation of a highly anticipated game. The past few years have been no stranger to this, with high profile games like Star Wars 1313 and Prey 2 meeting their makers.Thanks to yesterday, we can now add another casualty to that list: Scalebound, an Xbox One/PC exclusive action-RPG from PlatinumGames of Bayonetta fame.

The exact reasons as to why the game was canned are still unclear, but it’s a rough blow regardless, especially when these days, a large cancellation can put an entire studio at risk of closing. On top of that, Scalebound looked like a genuinely fun time, offering something different for the Xbox lineup and opening Microsoft up to the Japanese market they haven’t really been able to hit.

Despite the limited gameplay footage, the title carried a lot of hype. Any adventure with massive, customizeable dragons is guaranteed to catch attention, and being able to control a dragon alongside three other friends with their own winged beasts made Scalebound a hotly anticipated game. It’s also worth noting that Creator Hideki Kamiya often talked about establishing a bond between Thuban the dragon and Drew the human, both in terms of gameplay and story. The two of them not only shared a life bar, but the fancier moves during action and traversal were dependent on the bond between them strengthening. Given 2016’s success with boy and beast stories, such as Titanfall 2 and Last Guardian, Scalebound had plenty to look to for inspiration

Scalebound’s untimely end will no doubt remind some folks of another recent, disappointing cancellation: Silent Hills. Following a release of a free PS4 demo called PT, players soon discovered that it was the next entry in the long running horror franchise that would pair Metal Gear Solid creator Hideo Kojima with beloved filmmaker Guillermo del Toro. With Walking Dead’s Norman Reedus taking on the lead role, fans were ready to be blown away by whatever madness Kojima and del Toro could’ve come up with together. Instead, Konami axed the game during their seemingly troubled split with Kojima back in 2015.

Despite their differing genres and developers, Scalebound and Silent Hills carry their fair share of similarities. Both Kamiya and Kojima are well known for their creativity and ambition. Both of their respective games were offering a different take on genres that we’ve seen become largely dominated by Western developers for a number of years; Scalebound was to be Platinum’s first game that wasn’t just straight up action, and a return to Japanese-style horror is something we could always use more of.

Unfortunately, there’s one big difference when it comes to these two titles that sticks out like a sore thumb: Silent Hills is back, at least in terms of its creative team. Once Kojima split off from Konami in the gaming world’s ugliest divorce, it wasn’t too long before we learned that the trio of Kojima, del Toro, and Reedus would come together again for Death Stranding. It’s now one of the most anticipated games of this generation, boosted not just by the trio returning, but by taking Danish hunk Mads Mikkelsen along for the ride.With plenty of hype and Sony’s support behind them, things are looking bright for Silent Hills fans.

Sadly, Scalebound doesn’t look like it’ll get that reprieve that Silent Hills did. Unless Platinum holds the rights and can pick up the support of another publisher, we’ll never get to see what the developer had planned for Drew and Thuban. The future isn’t set in stone, but for now, all we can do is lament that dragon that we’ll never get to ride.