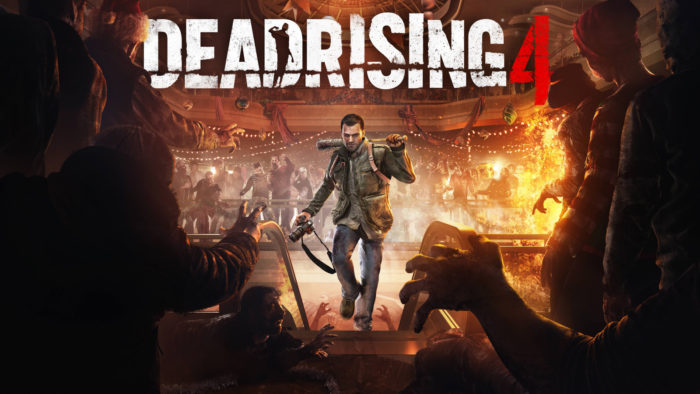 Dead Rising 4 on Xbox One

Dead Rising 4 brings the fan favorite character Frank West back for another zombie-killing adventure, but things are a little different this time around. The new game changes quite a few things from past entries, with the biggest being the removal of the timer feature that was a big part of the other games. It does manage to rekindle a lot of the quirkiness and charm present in the first two games of the series, but after a while the repetitiveness of the game starts to drag on a little.

Frank West himself is one of the things that has changed the most, as he’s now a 52 year-old professor teaching photography and journalism. He’s also been given a new look and voice actor to fit his age more. The game starts off with some kind of nightmare of Frank’s, where he’s haunted by the specters of his self-confident past self. The dream seems to bother him slightly, but evidently doesn’t do much to his actual character, considering he’s still the same gruff and rude reporter we know and love.

One of Frank’s students, Vick Chu, tricks him into investigating rumors of military bases and secret testing facilities back in the town of the first outbreak, Willamette, Colorado. After things go awry the pair have to escape from the military, they have a falling out, and Frank becomes a wanted criminal. He goes undercover and is contacted by the leader of the government agency known as the ZDC (Zombie Defense and Control), roping him back into returning to investigate a new outbreak in Willamette.

The story sees Frank not only traveling to the new Willamette Memorial Megaplex Mall, but also the actual town of Willamette. It’s broken up into six different Episodes , with each generally focusing on a different part of the town. The story is actually presented in a fairly interesting way that has Frank unraveling a central mystery about some kind of monster seen throughout Willamette. Frank himself is as much of an asshole as we’ve come to expect, an he even points out that fact quite frequently.

Still, he manages to be a fairly humorous and relatable character for most of the story, although there are times where his jokes and quips feel like their bordering on the edge of too ridiculous, and fall flat. There are quite a few references and callbacks to the first game, with Frank reminiscing about his time in Willamette and other characters referencing past events as well.

There’s also a strange mixture of tones to the story across its 14 hours or so, as sometimes it’s utterly ridiculous in the vein of the past titles, while at other times it tries to be serious and focus more on its character relationships. This can lead to a tonal clash that feels confusing and jarring at some points. In addition, the game wraps up quite quickly after its climax and lacks a satisfying conclusion, even if the ending sequence is memorable because of the overwhelming odds it puts you up against.

The first Episode sees Frank running around the new mall after his helicopter crash lands, and it’s a pretty expansive area. This is by far the most interesting area of the game filled with tons of shops to explore, and interesting sights to see. There’s an Amazon Food Court and even an entire Japanese themed area that features Street Fighter and other Capcom merchandise.

The mall really reminded me of the time I’d spent with the first Dead Rising and how fun it was to run around and explore, finding new and creative ways to kill zombies. You can even hear some of the old mall music tunes used in the original game, lending themselves to a nostalgic experience. The outside areas of the town are much less interesting than the mall, feeling like any generic country town you’d see in any other game.

The core gameplay remains mostly the same with you being able to pick up different weapons to use against zombies. You can’t throw weapons anymore, however, as they’ve been separated into three different categories; melee, guns, and throwable items. Each category has its own inventory and you can equip one of each at any time, using the d-pad to switch between them. You can hold a certain number of food items again, using them to restore your health. Of course there’s also a number of weird and wacky outfits to wear that you can find in shops and houses.

The combo system from Dead Rising 3 also makes a return with 55 different blueprints you can collect, and these teach you how to craft weapons and vehicles of death. Finding new blueprints and experimenting with combo weapons is fun, and some are as absolutely ridiculous as we’ve seen before. My personal favorite was a nutcracker head integrated with machine guns that plays “Dance of the Sugar Plum Fairy” as you shoot it. There are also powerful Exosuits Frank can equip scattered throughout the world, instantly upping his power and abilities to ridiculous levels.

Controls feel a bit clunky, something not unheard of with Dead Rising, but work well enough. It’s still a blast to mow down hordes of zombies with your ramshackle arsenal, but some of the later boss battles can get a bit frustrating. Driving mechanics on the other hand are awful, as vehicles handle terribly. There’s also weird items in the world that feel like you should be able to drive over but can’t, and vehicles are surprisingly bouncy.

The holiday theme plays directly into the decorations of the mall and town, as well as being represented in some of the weapons that you can use and craft. Things like plastic candy canes and singing Santa dolls are all things you can use against the undead. Initially it’s a fun thing as it’s not something we’ve seen in a lot of games, but sadly the game rarely plays with the theme in the story. It is interesting to hear renditions of holiday songs whenever you’re browsing your main menu though.

The camera mechanic of the first game also returns, as Frank West can snap a photo or even a selfie wherever he wants.  His camera even has two new filters, one being night vision that lets him see in the dark and the other a spectral filter that lets him see clues or searchable areas in the world. New segments in the story called “investigations” see Frank using his camera to find clues in a selected area, in a Batman Arkham kind of way.

In addition to the story and  just roaming around, there’s a number of side objectives to complete in the game. Most of these come in the form of collectibles like cell phones, newspapers, and podcasts. You can find these scattered around the world, and each is a part of a side objective that rewards you with experience and a bit of story relating to residents of the town. You do have to read or listen to each of these in your menu however.

The memorable Psychopaths of previous games do return, although they’re called Maniacs this time and are quite different. With a few exceptions, these are optional rumors that Frank investigates, pitting him against groups of themed enemies, like a Pirate Captain and Sharks or Santa and Elves. Unfortunately though, they’re no longer given crazy cutscenes for context but are merely introduced with dialogue, and they don’t have unique musical themes like before. The Maniacs are a disappointment and feel like a big missed opportunity for Dead Rising 4, especially as the Psychopaths of previous games were some of the most memorable parts.

The biggest, and probably most divisive, change to gameplay is without a doubt the removal of the game timer. In past games you’d be on a set time limit, having to pick and choose where to go and what to do. It added an air of urgency to everything, something that Dead Rising 4 is desperately lacking.

With no urgency to what you’re doing, it’s easy to just find yourself wandering mindlessly killing zombies and picking up items. It doesn’t help that there’s a significant lack of compelling content outside of the main story. Most of what you’ll spend your time doing is just wading through hordes of zombies and picking through different items. The collectibles and Maniacs feel sparse at best, leading to an experience that can get a bit repetitive even if it has undeniable charm to its world and tone.

Dead Rising 4 is a blast to play initially, but after you’ve killed enough zombies to get your fill. things start to wear thin. The story is able to hold your interest, even if the pacing is a little slow at times, and Frank is a genuinely likable character for how much of a jerk he is. I definitely enjoyed my time with Dead Rising 4, I just wish there had been a little more substance outside of the story. If the game retained the timer feature of past entries it may have even alleviated some of these issues, as it could have encouraged you to continue the story or side events in a more timely fashion, and cut down on some of the repetitive material.

Dead Rising 4 evokes much of the same style and quirkiness that the first two games did, but ultimately isn’t able to spread that fun across the entire experience.