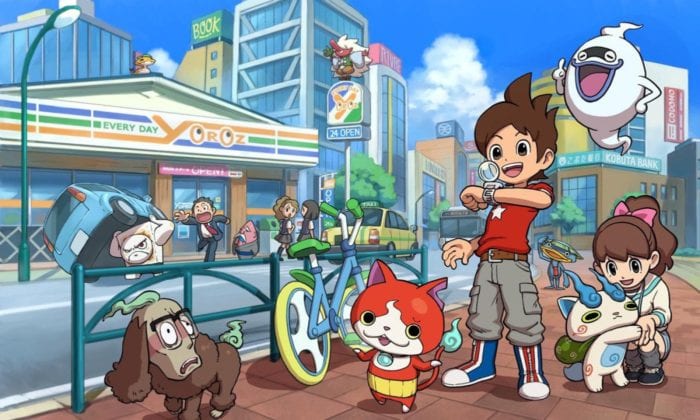 The sensation from Japan that the West refuses to see as anything more than just “Discount Pokemon,” Yo-Kai Watch, is back with its sequel for the 3DS. Once again you’ll take on the role of either a girl or a boy that can talk to the eccentric yo-kai that inhabit the quaint town of Springdale. This time around, though, there’s a larger map, two versions of the game to choose from, and revamps to the map system that allow questing to be a lot clearer.

If you weren’t a fan of the first, you’ll be hard-pressed to find any redeeming qualities in this one, as there’s very minimal on offer here to differentiate. And yes, this does mean that the combat is still as non-inclusive as it can possibly be. Yo-Kai Watch 2’s combat gameplay seems as though it almost deliberately wants you to never take part in any of the action. Your Yo-Kai, that you’ve set up in a full team of six, will be on screen three at a time, launching attacks at the foes.

The game wants you to believe you have a say by allowing you to switch them around in placement, heal them, and use ultimate attacks, but in reality, the fights will be over before you even finish any of those actions. It’s that easy of a game. Almost every single time I tried to launch an ultimate attack, the fight would be over while I was in the middle of the mini-game that accompanies the attack. Which, on that note, are tacked on and more of a nuisance than anything else.

However, Yo-Kai Watch 2 isn’t a game meant for me. It’s for children, and that’s very clear in not only the art style, subject matter, or comedy (all of which are perfectly tuned for its demographic), but also in the battle system and gameplay. It’s practically propaganda to get kids to obey street walking signs, as if you commit too many jay-walking violations, a crazy difficult yo-kai will destroy your whole squad.

Is Yo-Kai Watch 2 a good game for that kid gamer in your life? Absolutely. I would have personally been crying at how creepy some of these ghostly monsters can look, but (and I hate to bring it up) if we’re going to love Pokemon in all its simplistic, weird monster ways, then there’s no reason that Yo-Kai Watch 2 can’t be considered an excellent gift for a child in your life, or maybe even you if you’re a fan of the show. Beyond that, though, the fights are too simple and the very frequent fetch quests are too taxing to hold interest. Even the pretty art style, fun dialogue, and immersive city (complete with metro rides) aren’t enough to make the game last you.