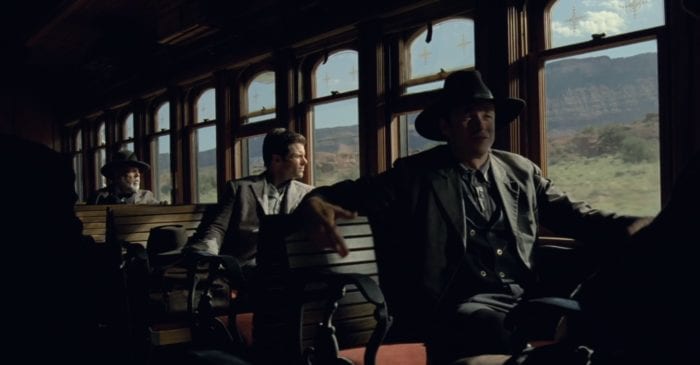 Westworld has only just begun this past Sunday, but people are already obsessed with the world its pilot established and the big questions behind it all.

In an interview with VICE, Westworld showrunner and director of the pilot Jonathan Nolan talked about some of his big inspirations, which include the likes of open-world adventures Red Dead Redemption, Bioware’s brand of RPGs, and The Elder Scrolls. He even has an affection for Ken Levine work on BioShock.

“I was fascinated by the concept of writing a story in which the protagonists’ actions aren’t part of the story. In games like The Elder Scrolls: Skyrim,Red Dead Redemption, or the sandbox games that Bioware make, morality is a variable. How do you write a story in which the hero’s moral component exists on a spectrum? That’s a fascinating challenge. I’m also fascinated by how non-player-characters in video games have their own lives. In Skyrim, when you walk into a village, you aren’t necessarily the most important person there. The NPCs have lives that happen whether you’re there or not. I was listening to directors’ commentary from Ken Levine about building Bioshock Infinite and the affection that game developers and designers develop for their characters. It’s a qualitatively different relationship than the one screenwriters have with their characters, because video game characters don’t just recite dialogue—they do s—, and the players interact with them.”

I guess it’s no coincidence that one of the first character establishing shots in Westworld is extremely reminiscent of John Marston’s introduction in Red Dead Redemption.