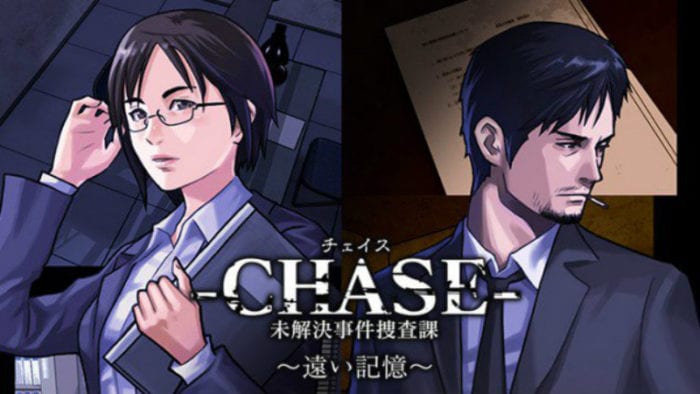 The Nintendo DS was home to quite a few interesting visual novel-style games, from Phoenix Wright to Hotel Dusk: Room 215. The latter was title with a unique visual style that cast you into the role of a former New York City detective named Kyle Hyde.

Chase: Cold Case Investigations is a brand new game from the director and development studio of Hotel Dusk, Taisuke Kanasaki and the now defunct Cing Inc. Distant Memories feels like it functions as a prologue or first episode, and is a relatively short experience only clocking in between two and three hours. It feels more like a proof of concept for what we could see in the future rather than a full experience, but what Distant Memories does have is intriguing.

Chase: Cold Case Investigations shares a similar kinds of animation and story themes with Hotel Dusk, focusing on two detectives who are part of a Cold Case Investigations unit. Shounosuke Nanase is a veteran detective who seems cold and uncaring most of the time, while his new assistant Koto Amekura is enthusiastic and inquisitive. For anyone that doesn’t know, a ‘cold’ case is one that remains unsolved and may never meet a resolution.

The game starts when one day the detectives receive a call in the office, tipping them off about a case from five years ago, one where an explosion killed someone at a hospital. The two start doing some digging into the case, finding photos of the crime scene, info on the hospital, witnesses for questioning.

Distant Memories may be short, but the story it presents is full of twists, and the characters you meet are uniformly interesting, particularly Nanase and Amekura. The pair begins to build a fun relationship by the end of the game, and there are also hints about the dark past that Nanase looks to have.

Distant Memories is a visual novel at its core, so most of what you’re doing involves reading text and dialogue as the game builds your understanding of the case and who was involved in it. Story and text is split up with a few interactive elements here and there. You’ll look at photos of the crime scene, examining points of interest or having to point to specific pieces of evidence. Along the way you’ll also need to interrogate multiple witnesses about the case. These segments are displayed with some cool visual style, placing Nanase and the witness across from each other.

While the detective talks to the witness you’ll need to select certain conversation options that get facts right, and press them for more information. Picking the wrong answer depletes an interrogation gauge you have on the lower screen, and can lead to a game over once completely drained. Some of these conversation options require you to stop and think, while others are pretty basic. It’d be nice to see more interaction and engagement, but the conversations that ensue with witnesses are some of the most interesting story moments in the game. Each witness has a distinct personality, and it’s never really clear who could be responsible for the crime until the very end.

By far one of the best features of Distant Memories is the sleek visual style it’s presented in. Characters, particularly facial animations, are beautifully rendered in a strange mix of 2D and 3D animation. This style add depth and emotion to characters’ faces, almost making them pop off the screen at points. There’s a kind of fluidity to motion and animation in Distant Memories that’s strangely satisfying to look at. For the most part the top screen of the 3DS is used for characters and animation, while the bottom is used for information, selecting conversation options, and investigating photos. There are, however, some segments that combine both screens.

Distant Memories’ soundtrack also does a good job of reinforcing its tone. Its sound is definitely reminiscent of the visual novel type of games you’d play on the original Nintendo DS, particularly the Phoenix Wright series. The music switches back and forth between moody dark tones and some lighter, more relaxing music.

Chase: Cold Case Investigations ~Distant Memories~ may not be a terribly long experience, but it definitely feels like it’s introducing some interesting characters and concepts. There are story threads, organizations, and themes brought up that feel like they’ll play a key role later on. Distant Memories only costs $5.99, so it definitely seems like an episode out of what will be a larger series. The game does feel like it kind of rushes to a close too soon however, and I was left a bit disappointed, as I really just wanted to see more of its characters.

Distant Memories shows hints of what worked so well in Hotel Dusk: Room 215, and even if it felt too short, I’m definitely interested to see where this one goes in the future.