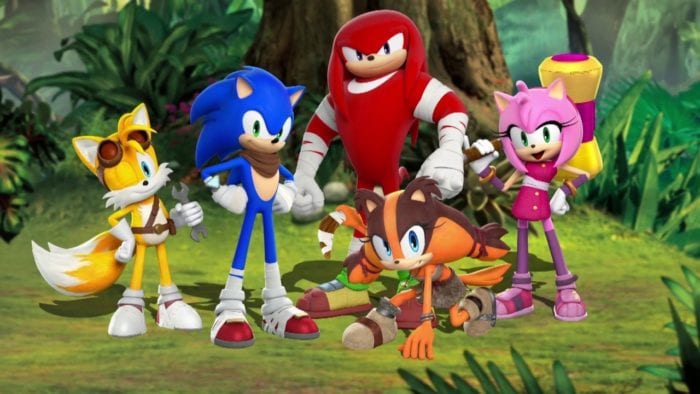 Sonic has had a pretty rough time over the past decade or so. Once hailed as the lovable Sega mascot who could give even Mario a run for his money, the Blue Blur has been relegated to cameo appearances in his former adversary’s games, odd spin-offs, and eternal life through a genius Twitter account. In an effort to reinvent this hero of a generation we’ve all long since moved on from, Sonic Boom was created. The first entry wasn’t exactly well received, but that didn’t stop Sega from trying again, this time with a new puzzle mechanic that would hopefully add some much-needed life into the action. Unfortunately, what should have made things more challenging and exciting instead adds an entirely new way to be bored, and that’s putting it nicely.

The entire premise behind Sonic Boom: Fire & Ice is that powerful, elemental rifts have opened up around the world and they are drastically affecting the weather. Harsh blizzards, odd tropical storms, and more threaten the stability of the world, and it’s all because Dr. Eggman wants to create robots who run faster than Sonic, just so people will pretty much laugh at the blue hero and never take him seriously again. While investigating, Sonic and Amy develop these powers that allow them to harness, you guessed it, fire and ice, to navigate obstacles and close each of the rifts. Through the power of “science,” as Tails so eloquently puts it, the entire cast of heroes -which includes Sonic, Tails, Amy, Knuckles, and Sticks- are able to harness the exact same powers through their communicators. 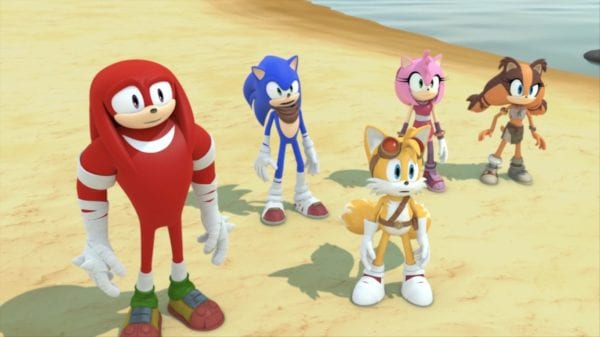 It becomes clear that the story never takes itself too seriously, even with its initial references to the very real issue of global warming. Anything that doesn’t make sense is passed off as a joke, and characters are self-aware to the point that it sometimes feels like the developers used them as a sort of excuse and didn’t even really try, instead opting to make the action the central focus. Unfortunately, the action in Sonic Boom: Fire & Ice is not something worth your attention.

At its core, you have a classic Sonic game. You side-scroll while running really fast, collecting rings, and bopping baddies on the head. To mix things up, there are ice and water blocks scattered throughout the world that you have to either melt or freeze respectively. These add a bit of a puzzle element to the entire affair but are never used in a way that really makes gameplay much different. For a Sonic game, everything moves pretty slowly. The only time you may find yourself moving quickly is if you’re trying to beat the time goal to unlock some Ragnium, the game’s currency which is used for a few unlocks. But, thanks to the slow nature of each level, the fire and ice mechanics never amount to much more than an extra button press.

Sonic Boom: Fire and Ice also gives players the ability to switch between any of their heroes on the fly. This is used to destroy specific blocks, reach certain platforms, and deal with any number of other challenges, all in the name of finding all collectibles. I must admit that I was initially excited for this portion. Games like Trine, which allows you to control multiple protagonists, tend to have a larger focus on puzzles that encourages creative thinking by giving you a bunch of tools and allowing you to figure out how best to use them. Of course, that never actually happens in Sonic Boom: Fire & Ice. Instead, things are clearly marked letting you know exactly who you have to use, and it slows down the gameplay even more as you switch to use a skill, only to inevitably go back to Sonic who is by far the best character to play as.

In a way, Sonic Boom: Fire & Ice feels very dumbed down. This might have been a result of many of the complaints about the first two games (Rise of Lyric and Shattered Crystal) being overly complicated. While the games were geared more towards children and the newer generation of gamers, some felt that it was a bit too open, leading players to not know where they should go. I appreciate an over-complicated game being toned down, but there should always be a balance. Something that offers accessibility to those who just want a bit of fun, while also providing a healthy challenge to veterans of the series. A perfect example would be Sonic Adventure 2, very easy to get through if you just follow the linear paths (not counting Knuckles and Rouge’s levels), but housing plenty of secrets for everyone else who wants to see everything the game has to offer. But what we have here is a game that removes all challenge, essentially watering down what could have potentially been great ideas into an extraordinarily basic platformer that lacks any real heart. 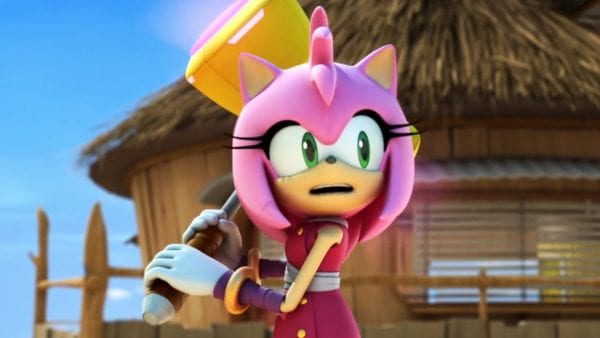 Sonic Boom: Fire and Ice already had a lot stacked against it, which is an unfortunate position to be in. However, it isn’t the first game that had something to prove, and many others have come and surmounted all obstacles put before them. This latest entry into Sonic’s legacy simply failed to do so. While the game works well (I experienced no bugs whatsoever), it’s just not very fun to play. The story lacks substance, the action is slow and very by-the-numbers, and there is no real challenge at any point. The Sonic franchise has been in a rapid decline and it needs a game that will reinvigorate the series and restore faith from fans. Unfortunately, Fire and Ice is not now, nor will it ever be, that game.