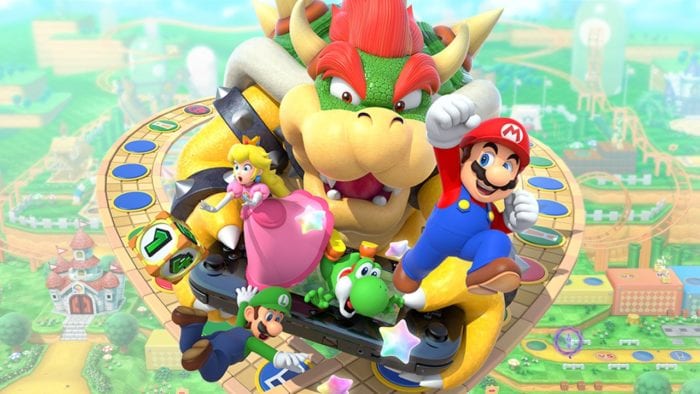 Playing video games on the couch with your friends and family is one of gaming’s most iconic images. Many of us grew up playing with others, challenging high scores, boosting egos, and throw verbal insults when found on the losing end. But over the years, gaming has gone through some significant changes, one of which is the massive surge of online gaming. Now, we no longer need to rely on others next to us for a multiplayer experience, as we can log online and game with anyone across the world. Even though playing with others will always be a part of gaming, does that mean developers should continue to cater to a local only demographic?

I’m not asking for games to remove split screen, couch co-op, or party games from circulation, as they are all vital to video games – but should local-only games begin to include online features, so they can be enjoyed by more players? There’s little doubt that playing with others online is far more convenient, especially for those who don’t live close to many of their friends. This is obviously going to be different for everybody, but games that offer online functionality can help us connect better to those we enjoying gaming with.

It also comes down to a matter of balance for the video games itself, as some are clearly made with the intention of playing with more people. Overcooked is a prime example of this as it’s a game that offers a single player experience, but inherently punishes the player for choosing it. The only way to play the game with others is through local co-op, so this can make enjoying the game especially tricky. Then there are other games that focus more on a party mechanic, relying on groups of people to play the game in order to get some sense of enjoyment from it. The Mario Party series is particularly known for this, as even the latest entry has yet to introduce online play. Sadly, this over-reliance on local players makes Mario Party an incredibly dull affair when all you can play against is the A.I.

There’s also a matter of cost associated with local only games that you wouldn’t normally have to deal with in online titles. Buying controllers for modern gaming systems can be a pricey endeavor, as a regular PS4 controller can cost around $50, with an Xbox One controller fetching about $60. You could always hope that your friend or family members have another controller, but this is not always the case. Usually to get full enjoyment out of these games, you will need at a bare minimum one extra controller, though for most, you will want at least three to four.

On the other hand, local only games are a very small market that really isn’t impacting the gaming scene in a big way. Looking at Steam for an example, if we search for games that offer local multiplayer, there are around 9 pages of titles, and a fair amount of those have online capabilities as well. There’s no doubt that this is a niche market, so it’s not like these games have any requirement to go the multiplayer experiences that we expect from other bigger games. We have to remember that indie games are not developed by massive studios and often don’t have massive publishers backing them, making budgets extremely tight.

There’s also the sentimental and emotional connections we get from playing games next to people rather than simply speaking to them via headset. It’s becoming rarer that we are able to sit down and enjoy moments with those closest to us, especially in a world that’s so connected and constantly on the move. Playing next to others feels like a luxury and one that should be, in a way, preserved for the whole of gaming. However, with the constant push towards online games, there’s a chance that local-only could soon become a thing of the past.

This would be a sad loss for gaming, but it’s important that we recognize that there have been successful titles that offer local-only gaming. The Lego titles are obviously one of the most prominent, as the series has been built around couch co-op since its inception. Yet, there are other formerly strictly couch co-op games like Mario Kart and Super Smash Brothers that have made a push into online gaming while still offering a local experience.

Perhaps there needs to a merging of the two to allow for the best of both worlds. If certain games are able to be played solo, but essentially handicap you for not having backup, then online is a severe need. On the other end of the spectrum, bigger studio games can look to offer players more opportunities to split screen and play with others locally, rather than simply relegating multiplayer to online only. While local-only games may be a far smaller market, their impact on the industry should not be ignored.