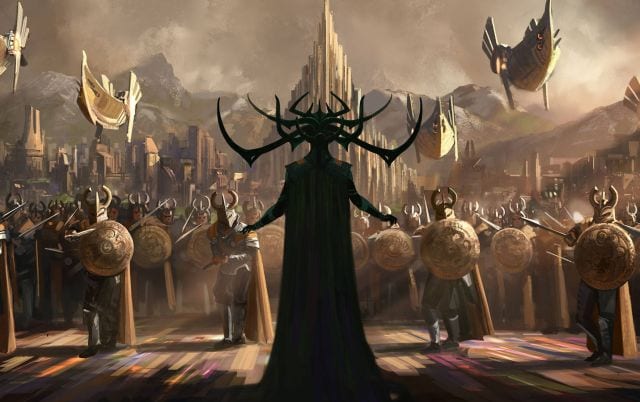 After unveiling the cast for the upcoming Black Panther movie, Marvel took the time to reveal some footage for the upcoming Thor: Ragnarok. The film, directed by Taika Waititi, will star the God of Thunder and Mark Ruffalo’s Hulk as they team up to stop Cate Blanchett’s Hela from destroying the Nine Realms. While Marvel doesn’t plan on making the footage they’re showing available to the public (at least, not officially), they did reveal the film’s logo, which you can see below.

Yes, as quite a lot of people have pointed out, it looks very much like the box art on a 1980s video game. It’s doubtful that this isn’t intentional in some capacity, but what it is remains to be seen.