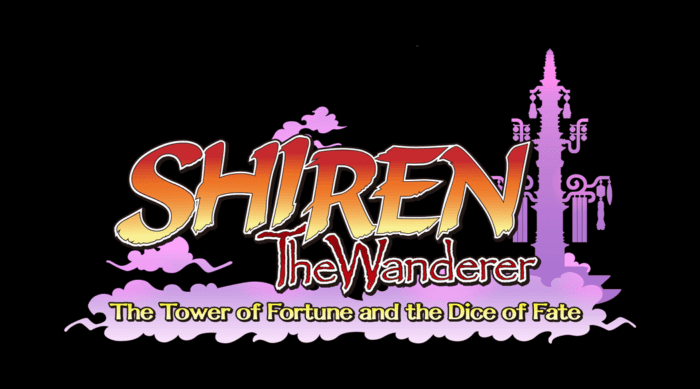 Shiren the Wanderer: Tower of Fortune and the Dice of Fate on PS Vita

Shiren the Wanderer: The Tower of Fortune and the Dice of Fate offers much to fans of hardcore rogue-likes and those looking to dip their feet in the genre. But be warned, while the game is friendly to those who may be playing a rogue-like for the first time, it never holds your hand. In fact, it lures you to a dark cave, pushes you inside, and bombs the entrance shut.

You play as the silent Shiren as you make your way up the titular Tower of Fortune. The legend surrounding the tower claims the structure is controlled by a God capable of changing one’s fate with a roll of some destiny-defining dice. You and Koppa, your talking Ferret sidekick, set out on this new adventure in the hopes of helping grief-stricken townsfolk, and maybe change the tides of fate to your advantage.

Developed by Spike Chunsoft, this version of Shiren the Wanderer is actually a PlayStation Vita re-release of the DS version of the game that never made its way to the United States. But no need to fear, this is the definitive version of the game with added multiplayer features like waiting for aid, aiding those in need, and offline features in town to harvest some valuable items that’ll make your journey into the Towers of Fortune easier. But don’t misconstrue easy for lack of challenge. You will die. Often.

Shiren clings to its rogue-like roots and never eases up from start to finish. When you’re introduced to the starter dungeon, it’s easy to let your guard down and power through the first small challenge slaying monsters, collecting loot, and leveling up, but that easy-breezy walk through the forest comes to a brick wall when you enter your first dungeon. Right away, you guide your gorgeously rendered sprite down dilapidated corridors only to find yourself surrounded by monsters who somehow managed to surround you because you decided to underestimate the game. Without realizing, the limited field of view surround Shiren becomes home to the denizens of the dungeon, stalking you throughout the course of your journey. The katana, shield, and bracer you accrued over the course of your short journey are no match for the hordes of creatures surrounding you and Shiren falls to the floor – dead.

You’re wheeled back in town and wake up on a hospital bed ready for round two. At least this time you know what to expect. You managed to level up, gather some powerful loot, and now realize the error of your ways. That’s great, but Shiren simply does not care for your feeble accomplishments. The status bar at the top of the screen informs you that you’ve been reduced down to level one, have no money, and all your items are gone. Back to square one. The only thing the game wasn’t able to rip from you is the vital experience of never taking it for granted ever again.

With renewed sense of purpose, you rush back into the starter dungeon and work meticulously grind for levels and loot until you set foot before the Tower of Fortune. Slowly but steadily, you climb the tower until you reach the floor that had originally spelled doom for your previous run. Thankfully, some of your loot is left behind and you pull some vital trinkets from your corpse. Things are going great, but without realizing it, the game informs you that Shiren is hungry. You watch as what little left of the fullness meter dwindles to zero, and every step you take reduces your health even further, plunging you into panic.

You scour your inventory for food, but all you managed to find were a few measly herbs that satiate Shiren’s hunger for little time. Trepidation pulses throughout your body as you roam the halls desperate to reach the next floor and find potential nourishment. Thankfully, you spot the stairs and make your way towards ascent when you’re struck with a horrifying realization – without food, you’ll die before you make it to the stairs. Accepting defeat, you push towards the stairs only to find yourself back in town, right where you started.

Such is the way of life in Shiren. The game has no qualms with reducing successful runs to flames, and punishes you for underestimating any of its intricate systems. Thankfully, the gameplay loop of leveling up and acquiring loot is fun and rewarding. Along the way, you’ll come across allies in the dungeon that will aid you on your quest, turning the lonely treks up the tower into a party affair. But above all, Shiren makes excellent use of the “one more time” attitude of frustrated players everywhere, by allowing them to make it further, discovering a new system before pushing them back to square one. In fact, every time you die (should you advance far enough), you’re able to retain more money and items (provided you meet the right requirements).

The only real problem with the game is that, despite its difficulty, it’s actually easier than previous entries in the franchise. Believe it or not, the previous Shiren games are far more unforgiving when it comes to the actual dungeon crawl. Creatures were far more aggressive and powerful in earlier entries in the franchise. And while that shouldn’t really be a negative point, it is for rogue-likes. The game does feature many quality of life improvements, like the ability to look around the room with the right analog stick, but seasoned Shiren veterans will find themselves bulldozing through the game. Which isn’t inherently a bad thing, it’s just one of those unusual circumstances given the nature of the game.

Shiren the Wanderer: The Tower of Fortune and the Dice of Fate is an excellent starting point for players looking to get into rogue-likes. Its grueling difficulty combined with the satisfying gameplay hook loop of failing and getting up to fail again is addicting (oddly enough). It rewards players for meticulous play, careful use of items, and the occasional high-risk gamble. Seasoned Shiren players may find themselves quickly making their way through the game, but will undoubtedly come away satisfied at the feat of gracefully making it through another brutal Shiren game.