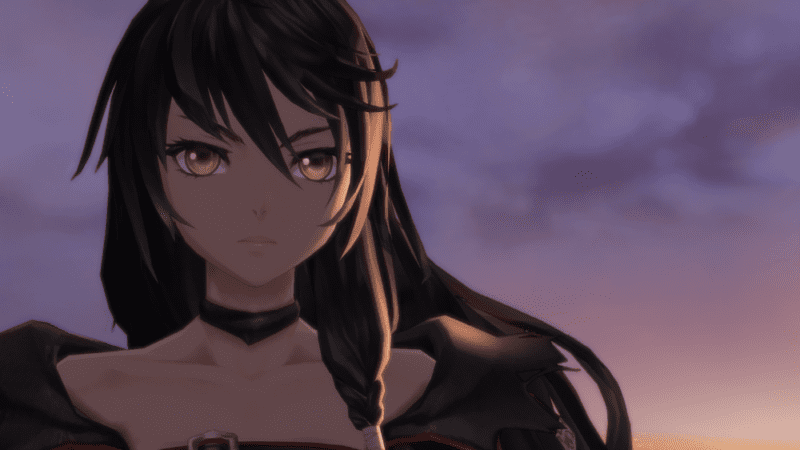 UPDATE: Bandai Namco has reached out to us to correct some misinformation regarding Tales of Berseria’s ‘online’ mode. There won’t actually be an online mode available in the game. Instead, two players will be able to play the game at the same time using the PS4’s SharePlay function.

The Tales series feels like it has been stagnating for a while now, but Tales of Berseria is looking a lot like it could breathe new life into the franchise.

In the playable demo, I got to take control of the main character Velvet as she wandered across a large combat map, fighting monsters and opening up treasure chests. One complaint I had about last year’s Tales of Zestiria was that its maps were huge simply for the sake of being huge. They were largely barren, and the big land size didn’t really do anything for the gameplay except forcing players to spend an extra five minutes walking across a boring piece of land. Thankfully, Tales of Berseria seems to have learned its lesson, and its maps are now of a more acceptable size.

However, the biggest improvement in Berseria actually lies in its combat. It’s still more or less the same link battle system we’re all familiar with from previous titles, but this time, you actually get to chain combos and attacks together to create your own customized string of moves. For instance, when you go into your menu to equip your artes, you also get to assign them to the face buttons of your controller. That’s pretty basic Tales stuff, but the cool part is that the game lets you build your own combo strings and allows you to determine the artes that execute with consecutive button presses.

All characters have a focus gauge next to their HP bar, so you’ll have to watch that gauge to make sure you can still perform moves. But for the most part, combat actually feels a lot smoother and less tilted, considering that you no longer have to tilt the analog stick to change artes. In Tales of Berseria, it’s easy to set up your own combo and familiarize yourself with the specific button presses, and then execute them smoothly in battle. The only downside to this new addition is that it does encourage button mashing, which might make the combat feel simpler and easier, especially since your focus gauge recharges pretty quickly.

Limit breaks make a return as well, and characters can execute a powerful move after saving up enough of the focus gauge. You can also swap between characters on the fly and build combo strings for them as well.

Combat isn’t the only improvement coming to Tales of Berseria either; the skits that the Tales series is so popular for are also getting a bit of an upgrade. Instead of just watching rectangular portraits nudge each other on the screen, skits will now show off more animations and facial reactions from the characters. The portraits have been ditched in favor of half-body representations of the characters, and they even interact with each other when positioned side by side – the skits don’t look perfect, but they’re definitely a step up from how they’ve been handled in past titles.

Lastly, and most surprisingly, Tales of Berseria will feature an online multiplayer mode. It wasn’t playable, but according to Bandai Namco, the multiplayer mode will be separate from the main story, and your friends will be able to jump into your game and play as the AI-controlled allies. It’s a really neat addition in theory, and would certainly help increase the longevity of the game beyond just the main story.