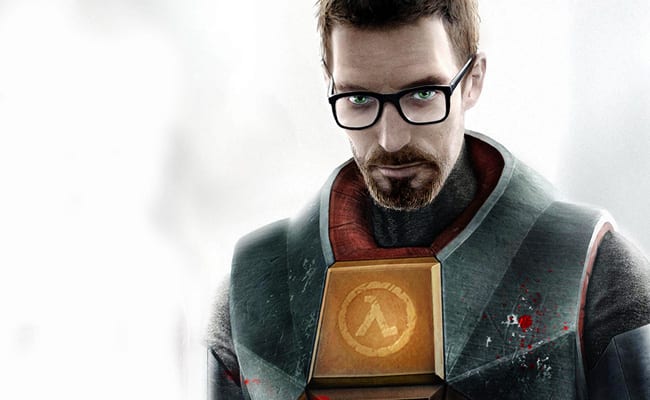 Hype is something that the game industry knows all too well, more so than any other medium. Every once in a while, a game will come that will look to blow everyone away and build up so much goodwill around something that most people haven’t played. The odds will be incredibly stacked against it so that it can be viewed as nothing short of a complete and utter masterpiece, or a failure that serves as a helpful and oftentimes smug warning to never let yourself getting suckered in by marketing.

Previously, the glowing example for this was Duke Nukem Forever, a title that had been in development for a decade and a half before releasing to tepid reception. Other games have almost risen to this level, such as Destiny and Watch Dogs, but those two games lacked the reputation surrounding their development times that Nukem had. Most, if not everyone who kept up on its development, say that the final product wasn’t worth the egregiously long wait. Now that that game has come and gone, a new poster boy will eventually have to come and take its place. And whether folks want to admit it or not, the game that could end up taking that dubious award is Half-Life 3.

Valve’s FPS series (well, okay, each of one with a narrative, including Portal and Left 4 Dead) is notorious for never actually ending and being stuck in what’s known as development hell. For some people, they’ve been holding out hope for the third game in the series to be coming since the second game released in 2004 and the last game in series, Half-Life 2: Episode 2, released in 2007. About a year ago, rumors began swirling around that the third game had actually been completed in terms of story and events, but the game itself wouldn’t actually see release, partially because the studio has been making crazy money thanks to their Steam service and also partially due to the controversy surrounding the ending of Mass Effect 3.

It sounds ridiculous to think that a studio wouldn’t release a game simply because people didn’t like another game’s ending, but one has to remember that Mass Effect 3’s backlash included passive aggressive cupcakes, petitions to change the ending, and lawsuits against EA and BioWare. Over the years, fandoms have taken on lives of their own, and thanks to social media, they can now make their voices heard louder than they could on forums. Let’s face it, it’s easier to grab someone’s attention by @-ing them than by putting a comment on the site. Should Half-Life 3 ever release, with all the hype that’s been surrounding the game for the past decade, the reactions to that game having an ending anywhere near as divisive as BioWare’s would be all of those reactions times 100. If ME3 was like a mountain, then HL3 is a mountain stacked on top of three bigger mountains in terms of the hype that surrounds it.

This isn’t to say that Half-Life 3 itself will be bad, but one has to admit that the hype surrounding the game has long gotten to the point where it’s taken on a life of its own. Valve could flat out say, “this game is never coming out,” and fans would try and will the game into existence. But it stands to reason that there are certain things that need to be admitted in terms of the gaming world. We’re probably never going to see another console from SEGA; Call of Duty and Assassin’s Creed as franchises won’t die for the foreseeable future; and Half-Life 3 as a game is not going to be the momentous and fantastic closer to the series everyone hopes that it’ll be.

Even taking the stigma that comes with ending a game “improperly” in the eyes out the fans out of consideration, what could end up setting the game back may be its central character, Gordon Freeman. In the time that the series has been at a standstill, gaming has more or less moved away from the idea of silent, blank slate protagonists. Series that started out with silent heroes, such as Halo, Call of Duty, Dragon Age, and Dishonored have given their lead characters depth and voices to go along with it. The only other thing for Valve to do would be to give Gordon a voice, but that’s a Catch-22. Whoever they cast is going to be viewed unfavorably with what people have imagined in their head, and people are also going to wonder why he didn’t speak before, and simple explanations aren’t going to cut it.

Perhaps more importantly, isn’t Half-Life sort of in this weird zone where it’s a staple of gaming, but also a cult classic? Sure, it’s important for several things in shooters and games that we use today, but it’s also more or less been overshadowed by its spinoffs at this point. There’s probably more people in the world who have played both Portal games and haven’t heard of its sister series than there are people who are aware that both series are in the same universe. Sounds outlandish to say, but you also have to remember that some thought that Doom was a brand new series instead of a dormant franchise just getting a shot in the arm. Yeah, the internet knows of the game’s importance, but that doesn’t automatically guarantee the attention that one thinks it deserves. Valve and their fanbase can do what they can, but they also have to sell the game to complete newcomers, and that’ll be an uphill battle.

The thing about hype is that you have to balance what you want the thing in question to give you with what its marketing is telling you. As easy as it is to get swept up in the music and the atmosphere of trailers or the accolades the game throws at you in its post-launch trailer that basically amounts to a victory lap, it helps to chill out. Which isn’t to say to not get swept up and taken in, which is virtually impossible. No one can look at anything in the world and not get swept up with emotion at its beauty or magnificence. But when the thing in question is highly anticipated, despite for not having actually been out yet and there’s no real news around it beyond vague rumors? Yeah, it’s probably good to temper expectations so you don’t end up immensely disappointed. Case in point, let’s admit it: as cool as it looks, this is absolutely the same issue we’re going to run into with No Man’s Sky in a month and a half.

If and when Half-Life 3 releases, it’s definitely going to be a good game, that much is certain. But a great, fantastic game that makes up for all those years of zero news, memes, and worries of cancellation? That ultimately depends on you, the player, but as a whole? Probably not, no; no game is worth nearly a decade plus of waiting. And it’s okay that it won’t.