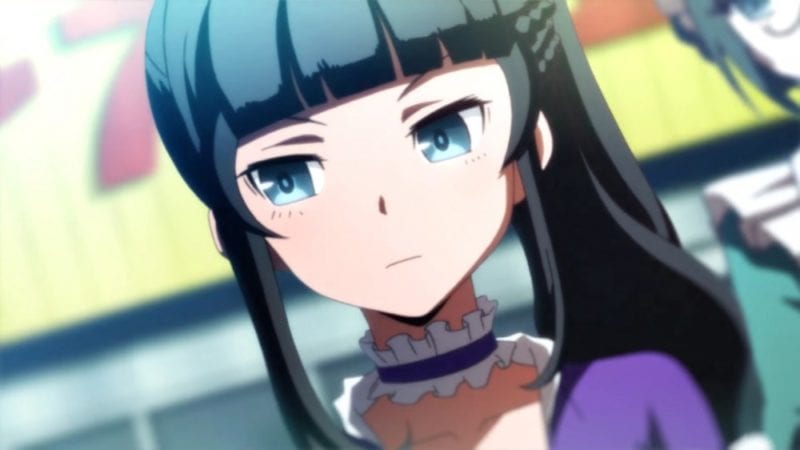 Does everyone remember Akiba’s Trip? The crazy series that debuted back in 2011 which featured gameplay such as stripping the clothes off of your enemies in order to expose vampiric creatures to sunlight? I never had the chance to play it myself, but it certainly seems…’unique’, to say the least.

If you were hoping Akiba’s Beat would feature more of that same gameplay, then I have some bad news: I didn’t see anyone take anyone else’s clothes off during my hands-on time at E3 2016. If playing a game that required you to run around and rip clothes off of vampires wasn’t your jam though, Akiba’s Beat might be more up your alley.

So Akiba’s Beat is technically a sequel that once again takes place in Akihabara, however besides that, things are very different. Instead of fighting vampires, players are fight delusions which alter reality. Inspired by real-world Akihabara locations and people, Akiba’s Beat features dungeons that take form based on these delusions, and it’s up to the main characters to fight their way through them to restore normalcy. In a lot of ways, they are similar to the dungeons found in Persona 4, if you’re familiar with that.

In addition to seeing things that aren’t actually all there, we also learned other story tidbits such as the players being stuck in a single day that keeps repeating Groundhog Day style; but we still don’t know enough to start drawing any solid conclusions about where Akiba’s Beat will head.

We did get to see a lot of gameplay though and got a small taste of the main character’s personalities. What I played was entirely in Japanese and had the difficulty toned down, so it’s very possible that I didn’t get a fully accurate taste of what combat will be like in the final product, but it all felt very button mash-y. I spent most of my time spamming one attack. Over time, you can build up a bar that lets you go into a more powerful state which adds on some more combos, but it wasn’t anything groundbreaking. Akiba’s Beat felt more like a beat-em-up than a high-strategy action-RPG game, so keep that in mind if you’re keeping tabs on this and are unfamiliar with the history of the series.

The characters are pretty standard fare when it comes to anime-inspired personalities. The main protagonist, Asahi, is the new guy in town,  and he is very antisocial. However, his personality is complimented nicely by Saki, who is far more outgoing, brave, and concerned with the fate of the world. She will push Asahi to care more throughout the story. Then there’s Kotomi, who is the one that is unfriendly and cold, but deep down does care about saving their world. Again, it’s the kind of stuff we’ve seen before. There’s also a bunch of maids that will join you on your adventure for some reason.

What is far more interesting is the inclusion of a music mechanic, which will probably function as Akiba’s Beat’s primary hook like the stripping was in the two Trip games. Through effective combat, you’ll be able to build up to a trance like mode that lets you fight along to a song. There’ll be a total of 12 songs that you can equip, and characters can equip songs that work in concert with their combat style. When the chorus kicks in, your character’s power and battle skills will increase. Strategically figuring out when to kick into this trance, and knowing the song well enough to prepare for the chorus will be an important part of Akiba’s Beat’s gameplay and will hopefully add to the excitement of difficult battles. Again though, the demo had the difficulty tuned down pretty low, so I couldn’t get a good feel for how challenging it will be to manage this power in practice.

Akiba’s Beat is a game that you will probably already know if you’ll like it or not well before it releases. If you’re into its anime-inspired characters, its real-life inspired world, and its hack and slash gameplay; or are just a fan of Aquire’s past work, you should probably keep an eye on Akiba’s Beat. If the overall story and visuals don’t appeal to you though, then the combat isn’t shaping up to be anything so special that you should push through a tale that doesn’t appeal to you.

Its wildcard, which could widen its appeal, is that musical combat mechanic. We’ll have to wait and see how that progresses over the course of its development, as that could end up being something really cool that creates exciting and tense fights.