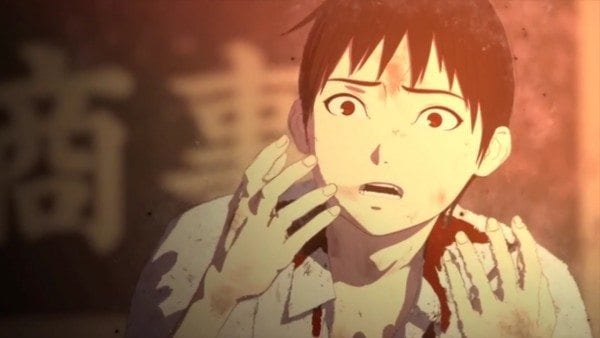 AJIN: Demi-Human is the latest Netflix Original anime to hit the streaming service. The series revolves around Kei Nagai, a student who discovers that he himself is an Ajin, an immortal being, after being hit by a truck. With his kind being rare, Kei is now being hunted by agencies who would like nothing more than to see what makes an Ajin tick.

Of course, mysterious beings are nothing new to anime, but what helps this anime shine is its extremely dark tones and the dark entities moving in the back. There is no telling just what the “black ghosts” are, but their presence is one that causes fear for the few unlucky enough to see them.

AJIN: Demi-Human definitely shows off quite a bit of action in its promotional materials, but don’t go in expecting nothing but fighting and firefights. This is a thriller above everything else, a solid one at that. The entire first season is available right now. 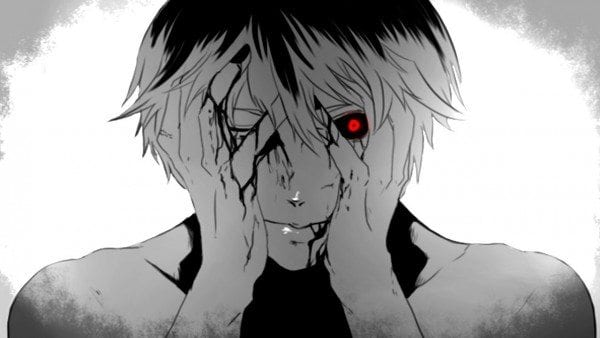 With a third season in the works for later this year, there’s no better time to catch up on the Tokyo Ghoul anime. The story follows Ken Kaneki, a young man who is viciously attacked by Rize Kamishiro, a ghoul posing as a human. After surviving thanks to a secret medical procedure, Kaneki must come to terms with the fact that he himself is now a ghoul as he struggles with maintaining a normal life.

What ensues is the discovery of a war between rival ghoul factions, one which supports coexistence with humanity and one which wants to lay claim to Tokyo in its entirety. Humans also join the fight, bringing into the fray their own questionable methods. Using pieces of the very ghouls they seek to destroy, they are able to create weapons and armor that put them on equal footing with some of the most powerful beasts out there.

Ken Kaneki is on a quest to figure out which side he feels is right in this ongoing war, and with his newfound power, he will prove to be a deciding factor in the days to come. 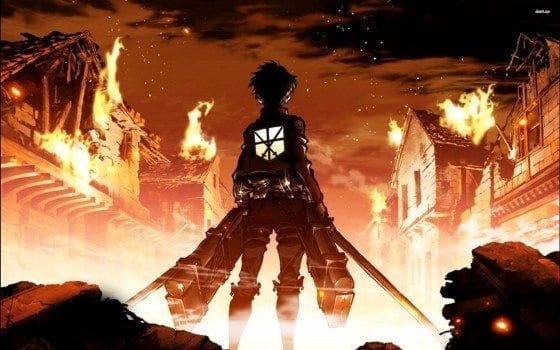 Chances are that if you’ve even glanced in the direction of anime before, you’ve heard of Attack on Titan. The anime and manga took the world by storm with its twisted take on the fight for humanity and gory animation.

The anime and manga revolve around a unified humanity. After a great war with the titular titans, every surviving human has moved into one huge nation protected by giant walls. When titans finally breach the walls, all hell breaks loose.

Many fans have likened Attack on Titan to Game of Thrones. No, it’s not some medieval tale with dragons, but it will make you lament ever growing attached to a character. People die, a lot. But of course, the anime isn’t only about gore and huge cannibals. It’s about the mystery of the world, and finding out what led everything to come to such dire straits.

If you like action, monsters, gore, and suspense, definitely check out Attack on Titan.  At the very least, you can see what has people so ravenous for the upcoming second season. 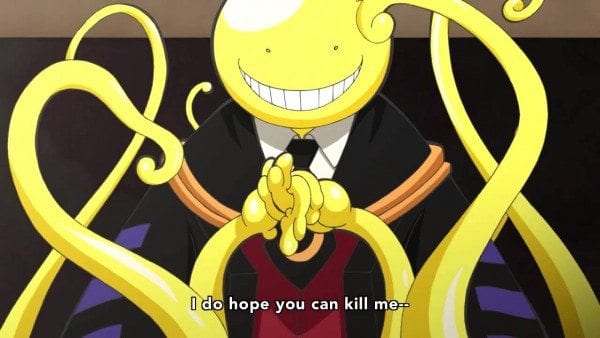 Assassination Classroom is certainly a peculiar anime. The medium has never really strayed away from badass children with homicidal tendencies, nor has it ever had any qualms with weird beings sitting front and center in the narrative. Assassination Classroom, however, takes both and mixes in tons of humor while still keeping the core very serious.

The plot pits Koro Sensei, a powerful being who promises to destroy the world in one year, against a class of junior high students. Why is he against them? He’s taken it upon himself to teach them how to become master assassins so that they can kill him and save the world. The reasons why he’s training his own killers is a confusing one wrought with emotional flashbacks and hilarious bonding.

The ongoing second season seems to be focusing a lot more on the students’ personal lives than the first season. This means that while action isn’t as prevalent as it was before, the story has received some much needed bolstering and a lot of answered questions. 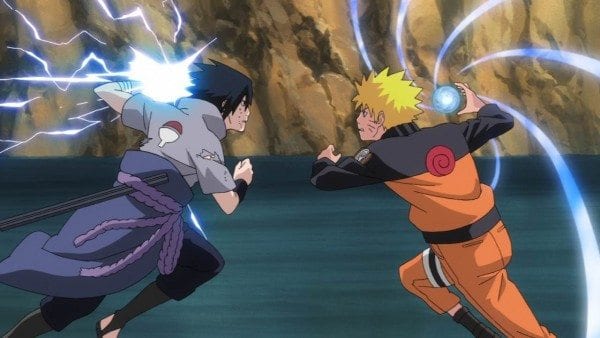 After what has seemed like an eternity, Naruto Shippuden is finally coming to an end as the world’s strongest Shinobi approach their final battle in the fourth great ninja war. If you’ve been following along since the beginning, you’re probably as emotionally invested as the millions of other fans out there. But, if you’re new, it’s never too late to jump into the fray.

Naruto’s story of an outcast turned hero is one anyone can enjoy. He makes friends, finds love, battles it out with ferocious rivals. Watching Naruto’s quest to become Hokage is definitely inspiring, and just plain old fun. Inspired by the likes of Dragon Ball Z, the combat that helps glue the story together is over-the-top, full of bright flashes and impossible abilities.

There’s a reason the series has survived so long, and why several spinoffs have proven to be just as great. Why not find out just why for yourself and give it a watch before it all comes to an end? 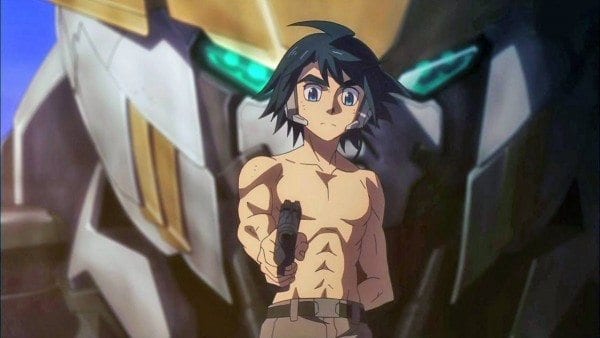 There’s nothing like a good mecha anime, and Iron-Blooded Orphans definitely delivers. A war between Earth and its colonies on Mars is reaching a fever-pitch, and the Chryse Guard Security aims to do something about it. Thanks to an orphan named Mikazui Augus (Mika for short), and the legendary Gundam Barbatos, Mars may actually stand a chance to escape the tyranny of of its oppressor.

Like all good Gundam series – and there are a lot – humanity manages to take center stage amidst all of the steel and wires. That doesn’t mean you’ll be left watching nothing but conversation, as the mechs definitely get more than enough time in the sun. The story is well written, and the pacing is superb. If you’re a fan of mecha in any way, this is definitely worth your time. 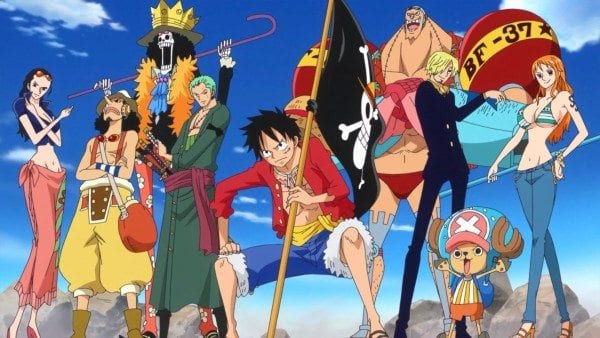 Like Naruto, One Piece has been going on for a very long time. Its unique art style, hilarious roster of characters, and intense action make it a standout in the genre. Spawning several films and a number of video games, One Piece travels through the exciting life of being a swashbuckling pirate.

Monkey D. Luffy has dreams of becoming the King of the Pirates, and will let nothing get in his way. He sets off on an adventure to pursue his dream as well as to make bonds across the four seas. The action is lively over-the-top, always easy to watch and enjoy. If you’re worried about all flash and no substance, don’t. The story does its fair share of heavy lifting, providing something that is both meaningful and hilarious.

One piece isn’t for everyone. The odd character animations and wackiness can be off-putting to some, but if you’re looking for something fun and easy to watch, there aren’t many options better than One Piece.

Grimgar of Fantasy and Ash 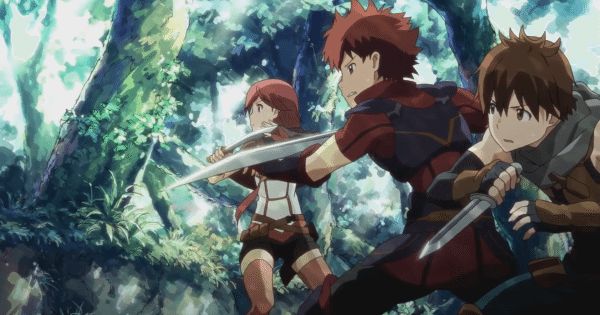 Grimgar of Fantasy Ash actually just recently finished its first season. The anime follows Haruhiro and several strangers as they find themselves trapped in a fantasy world with no memory as to how they got there. A lot of similarities have been drawn between this series and the highly popular Sword Art Online, and for good reason. Grimgar depicts the group of people fighting to create a life for themselves in a deadly world, unable to be aided by those in the lives they’ve left behind. Both also have interesting characters that you can’t help but want to learn more about.

The world created is both beautiful and inviting until you see the threats that lie beneath the surface. This is definitely an adventure worth jumping into. 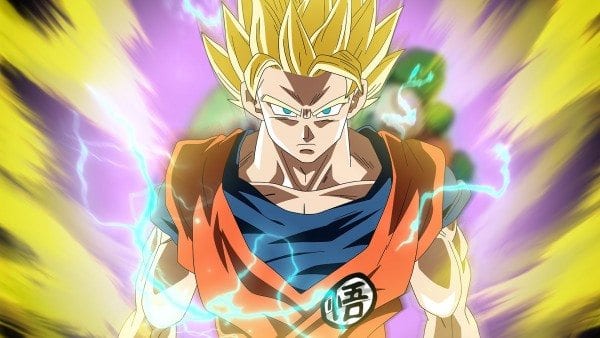 Dragon Ball Z is quite possibly the most popular anime out there. It’s inspired many anime since its release, including One Piece and Naruto. Not many series have stood the test of time and maintained their popularity quite as well as this classic, so it was only right that it got a fresh coat of paint.

Dragon Ball Super picks up right after the Buu Saga and transforms the story that fans have come to know and love. It’s a solid retelling that brings back all of your favorite Z-Fighters as they face off against new, more powerful foes. Plus, there’s a whole new level of Super Saiyan, as if there weren’t enough.

If you’ve been wanting to get back into the world, but wanted something newer, Dragon Ball Super is the perfect solution. 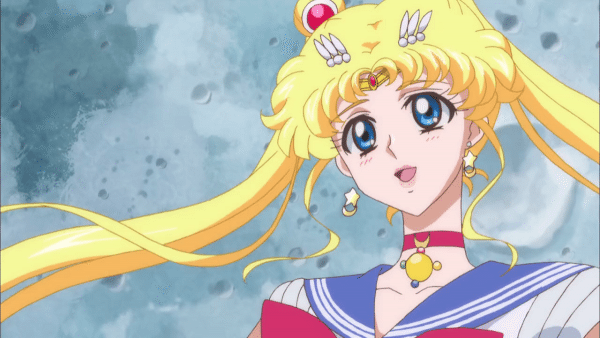 Fighting evil by moonlight, winning love by daylight, never running from a… Everyone knows the song of the anime that helped to shape many a childhood. Sailor Moon follows Usagi Tsukino as she struggles with school, boys, family, and being a crime-fighting superhero who looks just like an ancient moon princess. Yeah, there was a lot to take in.

The original series run didn’t age particularly well, but Sailor Moon Crystal came along to let a whole new generation of hopeful scouts join in. New and improved art, much smoother pacing, and a closer adaptation of the original manga make this just as enjoyable as the original. Oh, and if you’re worried that enemies are no longer absolutely ridiculous, fret not. Everything is still as weird as it was all those years ago, only a whole lot prettier.