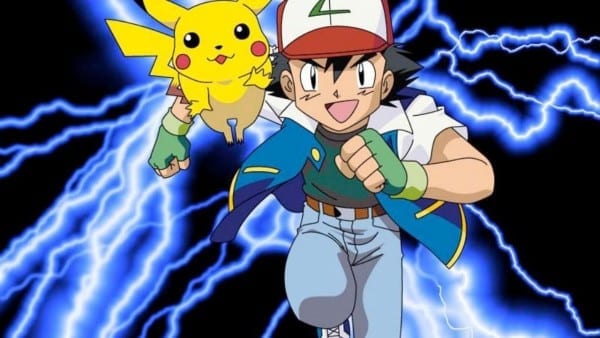 This past weekend marked the 20th birthday of Nintendo’s legendary Pokémon franchise. To celebrate, Twitch held a 32-hour stream all about the Pocket Monsters. A full day was dedicated to the long-running anime, with episodes and movies played for all those interested. While the anime may not be what it once was, depending on your point of view, there’s no denying there are some heart-wrenching scenes from when things first started out. And we’ve picked moments that completely stomped on our hearts and turned them into dust.

It’s a poor analogy, but Pokémon basically are pets that just happen to speak, albeit barely. As a kid, if we have pets, we’re taught to treat them with love and respect, not playthings you can just treat like trash. While Ash, Misty, and Brock know this, other trainers don’t, and one such trainer is Damian.

Damian is that kind of trainer, the one who thinks the best way to get their Pokémon to be stronger is through abuse and treating it like a toy, then getting defensive when called out on it. “I know you heard me talk about how I just left my Charmander out during a rainstorm, but I’m doing it a favor, honest!” Yeah, the kid is a jerk, and it’s sad to see a cute little Charmander forced to stay in the rain because its trainer doesn’t know how to care for it.

The worst part about it is that once Ash and company brought the Charmander to the hospital and it got better, it went back outside to wait for Damian. Ugh. Abusive relationships (and that’s basically what this is) are never fun, and there’s no denying the feeling of satisfaction that comes when Charmander and Pikachu scare the brat off for good. 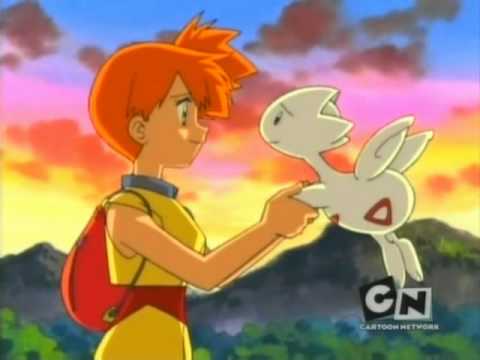 Okay, so everyone as a kid was wondering just what the heck was the deal with Misty’s Togepi, right? Yeah, it was cute and all, but after a while, it became sorta infuriating and weird how it didn’t evolve at all. Especially considering that we already got to see the Togepi evolve into Togetic in Pokemon Gold and Silver. When the heck was the show going to catch up?

It only took about four years, but the show finally got with the program and let Misty’s Togepi evolve. Being among its own kind at the Togepi Paradise helps it evolve into its next form. Unfortunately, Togetic also wants to be among its own kind as its protector. The goodbye between it and Misty is beautiful, and it’s more than a fine sendoff for such an adorable little Pokemon.

In our debut episode, Ash Ketchum is finally 10 years old and able to begin his journey to being a Pokémon trainer. “The very best”, as he so often declares. What kicks off from that point isn’t exactly a banner first day for our hero. He wakes up late and is stuck with a jerk Pikachu. Oh, and he can’t even capture wild Pokémon, so in addition to having a poor attendance record, he just plain sucks at his dreams.

That’s just the least of his worries, however, when he ends up beaning a Spearow with a rock (ow) and the thing chases him and Pikachu with its flock. Not even stealing a girl’s bike could save them from their wrath, and so Ash does the best thing he can by throwing his feeble body as a shield between Pikachu and all the Spearow.

It’s at that moment that Pikachu bonds with his trainer and takes the birds down with a lightning strike. It’s definitely a departure from the games, where your starter just goes along with whatever you say, but it’s a welcome one that makes you treasure your own Pokémon and the bond that you share with each of them. Unless you bought the Yellow version and picked Pikachu as your starter, in which case, history repeated itself.

Aw, yeah, here we are! After nearly 100 episodes of setback after setback and constant lessons, Ash finally has all 8 Kanto Gym Badges and can now participate in the Pokémon League at Indigo Plateau! Started from the bottom, now we here! Nothing can stop Ash, not even those Team Rocket losers that try to kidnap him. *Gonna Fly Now plays*

Except for the part where his Charizard refuses his orders and costs him the match against Richie. Ouch. There’s nothing quite like coming so close to your goal, only for it to be yanked away by forces out of your control. Players face it themselves when coming this far, and so it goes with Ash. So for him to just fail, especially to younger viewers, was definitely a culture shock. Thankfully, Ash teaches us that losing is a victory on its own and inspires us to do better.

Ash, Brock, and Misty. A trio of friends that went through battle after battle, bested Team Rocket dozens of times and saved the world together. Is there anything that could break them up?

Turns out, there actually is. During their trip back to Pallet Town, Misty learns she has to run the Cerulean Gym while her sisters travel the world for a beauty contest. Brock also has to return to his home to take care of some matters of his own. If the series up to this point has been like a summer vacation–a very long summer vacation where you sic animals on each other and sometimes get kidnapped–then this episode is when the summer vacation ends and your friends leave town.

After nearly 300 episodes of watching Ash, Misty and Brock go on countless adventures, seeing them just leave is a bit of a harsh reminder that the fun can’t last forever. Fortunately, they show up off and on later on, showing that friendship is always going to triumph in the end, distance be damned. If nothing else, the Pokémon anime has taught us that.

Oh man, this one was rough. It starts off beautifully enough, with the group finding a flock of Butterfree during mating season. The moments where they try to help Ash’s Butterfree find a mate are funny, but also touching and show just how far Ash will go for his own Pokémon, even if it means giving them up for good. It’s a surprising amount of maturity for a kid’s show to tackle.

Sure, Team Rocket makes an appearance to drive the stakes and kidnap the other Butterfree, but that’s not the focus here. What matters here is knowing when to let go of your friend so they can live their own life and grow. Admit it, you totally bawled when Ash’s Butterfree flew off with the rest of its kind, we all did. It’s okay because all of us did. All of us.

Ashes to Ashes, Stone to Stone (Pokémon: The First Movie!)

Remember that joy you felt when you learned that a Pokémon movie would be coming to theaters? Remember sitting in the theater and laughing tears of joy at that short that opened the film? Good times, good times. And then the actual movie started, and that’s when everything went to hell.

Not only is Mewtwo actually a scary dude in that he can control people’s minds and wants to wipe out humanity, but he’s also got an army of cloned Pokémon. Yeah, because that’s not unfair at all.  During the fight, Mewtwo and Mew end up turning Ash to stone as he gets caught in the middle of their blast. That’s sniffle worthy, but what’s even worse is when all of the Pokémon, regular and clone, start crying. And we were all crying right there alongside them. Was it totally cliche that Ash would be brought back with all their tears? Yep. Did that make it any less sweet when Ash came back? Nope.

What moments from the anime made you bawl like a baby? Tell us in the comments below!