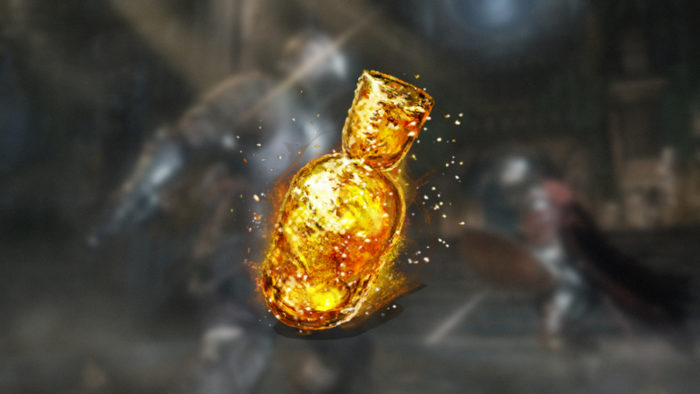 the most iconic healing items in video game history

Red Potion from The Legend of Zelda: Somehow, we can’t help but think this healing concoction tastes like strawberries.

Seeing how they can heal infectious zombie bites, we’re pretty sure green herbs would be illegal if they were real. surely one of the most iconic video game healing items

Mushrooms from Super Mario: They will make you grow, throw fireballs, or even sprout a wiggly tail. That’s one hell of an hallucinogen.

Estus Flask from Dark Souls: One swig from this from this flask will postpone your impending death.

Poké Centers from Pokémon: It’s great when your Pokémon gets a much-needed health boost, but when the opposition restores its pocket monster to full HP, you’ll wish these never existed.

Painkillers from Max Payne: We’re not too sure how one or two painkillers can heal a shotgun blast to the chest at point-blank range, but hey, we’re not judging.

First-Aid Kit from Left 4 Dead: Oh no, you got mauled by the undead and your chest ripped to shreds by a Hunter? Let me patch you up right quick!

Healing Salve from Dota 2: The one healing item that rarely tends to be as effective on you as it is on the opposition, even though its effects do not vary. this healing item is one of the most iconic in video game history

H.E.V. Suit Charger from Half-Life: An H.E.V. suit is sort of like an iPhone in that it comes with a flashlight and needs to be recharged every so often to keep it going.

Nuka-Cola from Fallout: Thirsty? Free from radiation? Smacked upside the head by a heavily armored mutant? One bottle o’ Nuka-Cola will fix all that!

Alcohol from BioShock: In reality, too much alcohol will take its tole on your liver. When you’re in a sub-oceanic city with genetically enhanced blood running through your veins, however, we take it the effects are bound to differ slightly.

Health Packs from Overwatch: The healing item that will make you sigh in relief when you find it in time or grunt in frustration when someone else just barely beat you to it.

Healing Potion from Final Fantasy: Hey, if it helps you beat a monstrosity nine times your size, then by all means, go ahead. this healing item is one of the best

Meditation from The Witcher: Plentiful rest will cure almost anything. When you’re a Witcher, however, taking a one-hour nap in an uncomfortable position will make that epic clash with a mysterious beast seem like but a bruise.

Sweet Rolls from Skyrim: Punch a bandit in the neck with a sword, halt the battle, and stuff your face with a bunch of sugar-rich deserts. That ought to do the trick.

Heart Container - The Legend of Zelda

The more heart containers you've collected, the more damage Link can absorb. We figure most damage will be sustained falling from deadly heights rather than threatening enemy forces, so maybe replace these health upgrades with Knee Braces in future titles, Nintendo?

In theory, one swig from this from this flask will restore some easily depleted health. In reality, however, expect to consume all available charges in a feverish craze as you postpone your impending death.

Even when your level 9 Zigzagoon gets bodyslammed by a level 87 Snorlax, a few seconds in any healing station operated by Nurse Joy will perform wonders.

Nobody will blame you if you succumb whilst battling a vicious creature eleven times your size. Heck, if you've got a Phoenix Down on hand to revive fallen squad members, nobody will even notice!

They will make you grow, throw fireballs, or even sprout a wiggly tail. That's one hell of a hallucinogen, but hey, even Italian plumbers have to unwind every now and then.

Plants can really do anything, including heal infectious zombie bites.

We're not too sure how one or two painkillers can heal a shotgun blast to the chest at point-blank range, but seeing how Max's infamous alcohol abuse in combination with frequent overdosing on meds hasn't cost him his life yet, we might as well just accept it.

Remember, kids: should you ever get your chest violently torn apart by a ravaged infected, or if a massive, mutated tank sends you flying with a swift punch to the abdomen, wrap yourself in some bandage. It's bound to do the trick.

By Minecraft's logic, coating vigorous fruit in an indigestible layer of pure gold will greatly boost its health effects. It won't only obliterate your teeth, but it'll likely cause a plethora of infections and lacerations on the way down.

Thirsty? Free from that nasty radiation? Nearly got your very being blown to Kingdom Come by a suicidal mutant twice your size? One bottle of good ol' Nuka-Cola will fix all that!

When you really think about it, an H.E.V. suit is a lot like an iPhone. It comes with a flashlight and a battery that drains at a ridiculous speed, with the main differences being that an H.E.V. suit recharges way faster and quite possibly doesn't run on iOS.

When you consume as many indigestible items as Kirby does, it's probably wise to snack on some vitamin-rich tomatoes every once in a while.

Just a tip: when you're in a nasty brawl inside some rainy alley, don't just eat chicken off the asphalt. You know what poorly cooked chicken grants you with besides the necessary proteins? That's right, salmonella.

Nothing quite says "tactical espionage stealth action" like stuffing your face with MREs while you're avoiding detection by crawling into claustrophobic spaces. Just take it easy on the rolling after each meal, Snake.

Punch a bandit in the neck with a sword, halt the battle, and stuff your face with a bunch of sugar-rich deserts. Rumor has it 98% percent of fights in real life play out in largely the same way.
Comments
Continue Reading
Related Topics:best, feature, games, gaming, Healing, history, iconic, Items, memorable, most, top