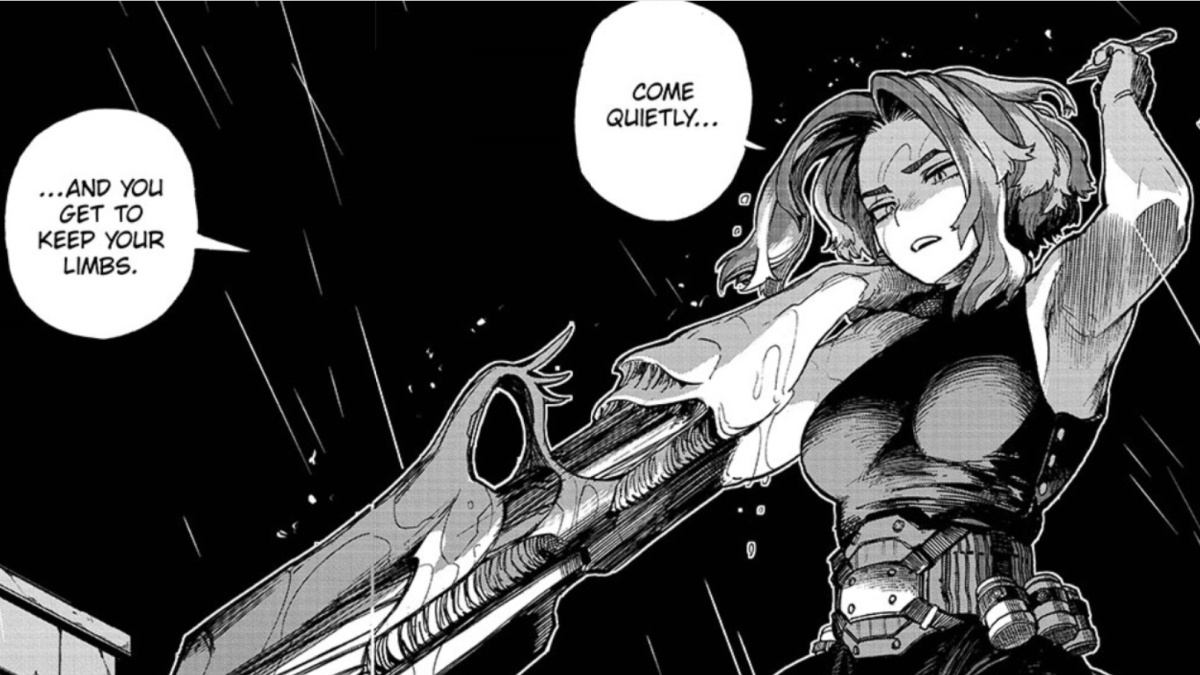 Lady Nagant is a surprisingly hot topic of the My Hero Academia fandom. Given her tragic backstory and even more tragic departure from the plot though, it’s no surprise she’s the buzz of the town. That said, some fans may still be confused on why she was in Tartarus in the first place, and what she was convicted for. As such, we’ve created this guide to answer the question: Why was Lady Nagant in Tartarus in My Hero Academia?

How Did Lady Nagant End Up in Tartarus?

The short and sweet answer is that Lady Nagant was in the maximum security prison beneath the sea because she had committed a heinous crime. More specifically, Lady Nagant had killed the former head of the Public Safety Commission, and was put into Tartarus soon after.

She killed the PSC leader because he kept forcing her to kill people he determined would “disturb the peace,” with those people being villains and heroes alike. Essentially, she was a hero who was forced to do the dirty work of less savory members of Japan’s government, wearing the face of an upstanding symbol of peace all the while.

After playing this part for an extended period of time, she began to question what true peace actually was. She eventually snapped and killed the PSC leader when he showed no signs of stopping his corrupt practices, which led to her conviction and imprisonment. It’s undetermined how long she was in Tartarus before All for One released her when he broke out, but it was likely a decent amount of time given it was well before Hawks’ tenure in the organization.