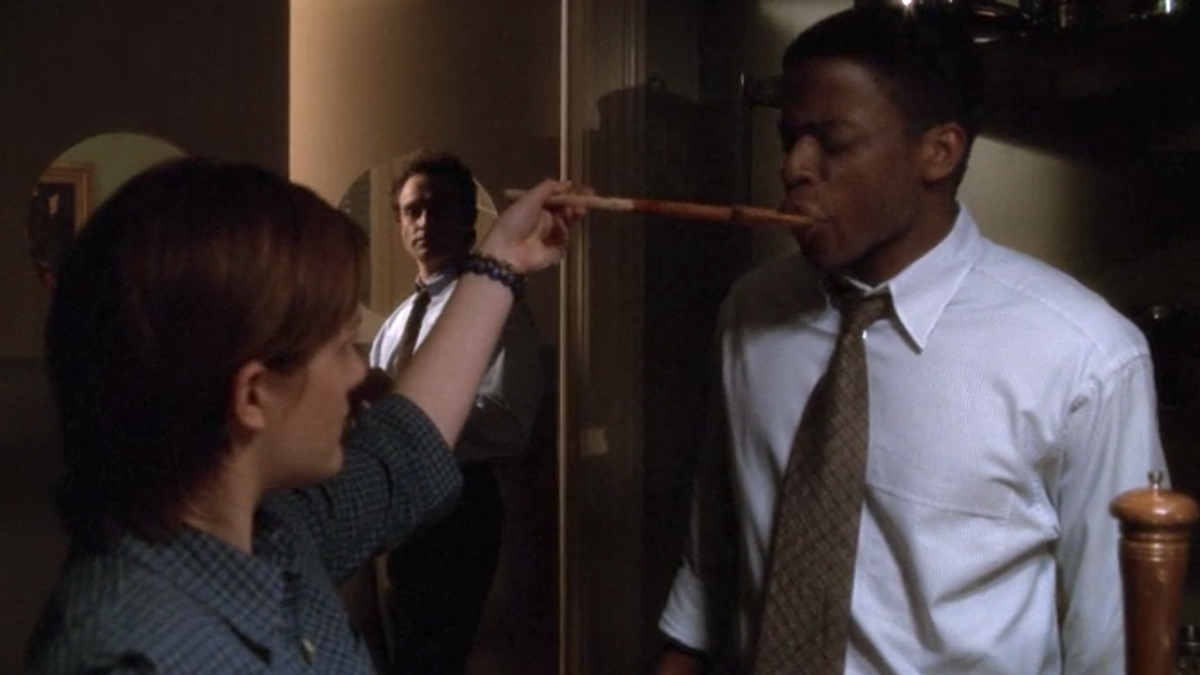 The West Wing was a unique show written by Aaron Sorkin that showed how the President’s office worked in The White House. It also looked at the lives of the idealistic public servants that tried to make America a better place. One of the many stories fans followed during the show’s run was the relationship between Charlie (Dulé Hill) and the President’s daughter Zoey (Elisabeth Moss), especially when did Charlie and Zoey break up in The West Wing.

When Did the Relationship Between Charlie and Zoey End in The West Wing?

Charlie and Zoey broke up off-screen during the latter part of season 2 of The West Wing. About the reason for their breakup, in episode 12 of the fourth season, “Guns Not Butter,” Charlie tells President Bartlet (Martin Sheen) the relationship ended because she was unhappy that he was always at the office.

There might’ve been a behind-the-cameras reason for their break up. The Invincible Man‘s Elisabeth Moss was never a regular character on the show, so when she got hired for other acting jobs, The West Wing couldn’t use her. It made sense for her character to disappear and, because of that, break up her relationship with Charlie (Dulé Hill was a series regular).

Now that you know when did Charlie and Zoey break up in The West Wing, you can look for more TV shows, news, and guides on Twinfinite, including plenty of that great content down below.