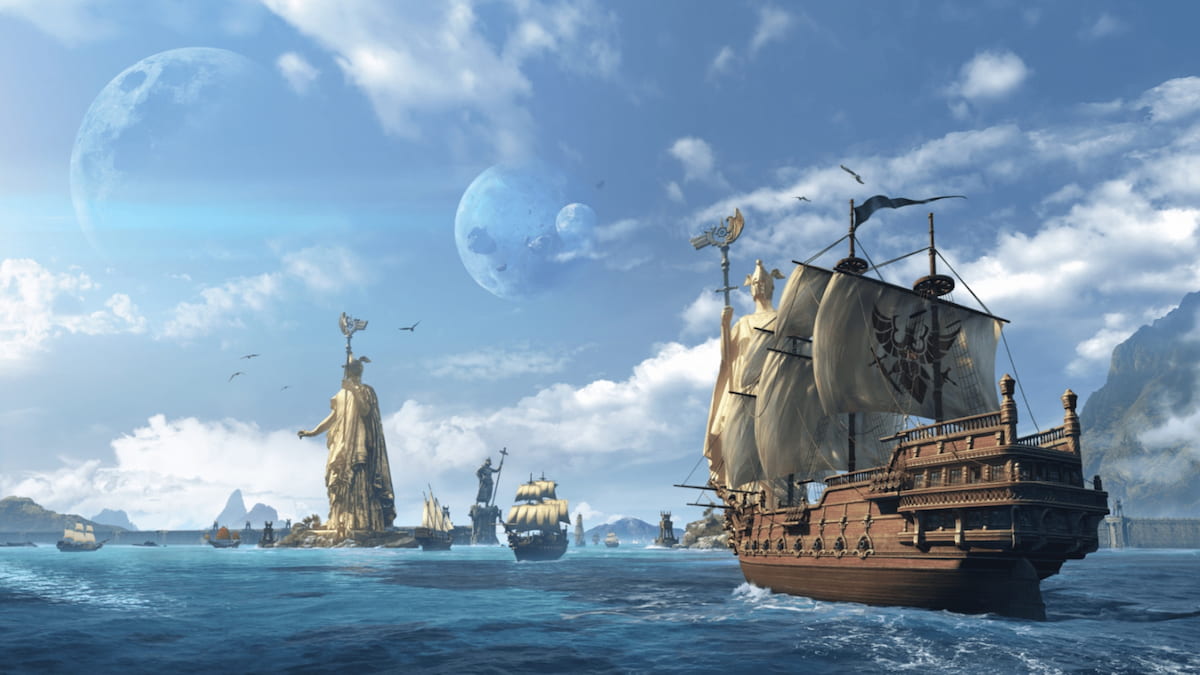 The fastest among all vessels of the same caliber with a great resistance to all dangerous water types, the Astray Ship is easily the best ship in Lost Ark. You can upgrade any ship that you have in the game, but nothing beats the Astray Ship. However, obtaining one is no easy feat, and one of the last things you need to have before you can own this premium vessel is its blueprint.

To get one, you need to accomplish the She Drifts Sea Gifts quest. It is a daily quest within Una’s Tasks when you reach level 50. After doing the quest for a total of 25 days, one of the final rewards is the most prized Astray Construction Blueprint.

How to Complete She Drifts Sea Gifts Quest

First, you have to either do the Sailing Co-Op mission Yarn or Arthetine. To know the spawn’s location, just click on the timer button in the top left corner and then click on the cogwheel button. Then, select Sailing and you’ll see the spawn locations for the event.

Once the event starts, press the Q key at least three times. The treasure then sinks in the open seas using the crane of your ship. You can keep spamming the Q key if you’d like to collect more Pirate Coins.

The Ongoing Quests notification will then pop up for She Drifts Sea Gifts, until it tells you that the quest is complete and that you have reaped its rewards. You can then click on Complete to finish.

How to Build the Astray Ship in Lost Ark

To ensure you have everything you need before talking to Belrod in Blackfang’s Den to get the most sought-after ship, here’s a list of materials he will ask for along with a hefty amount of 10,000 Silver:

If, for some reason, you are still missing some materials at this point, here’s how to get all of them:

The journey in acquiring the Astray Ship in Lost Ark is one of the many highlights of the game. In the end, grinding for almost a month at the very least to get it proves to be well worth it as it’s one of the most premium rides that’s guaranteed to make your future quests a lot easier.

If you’re a fan of RPGs and want to know the next best thing to Lost Ark, you should check out all the new RPGs releasing in 2023.